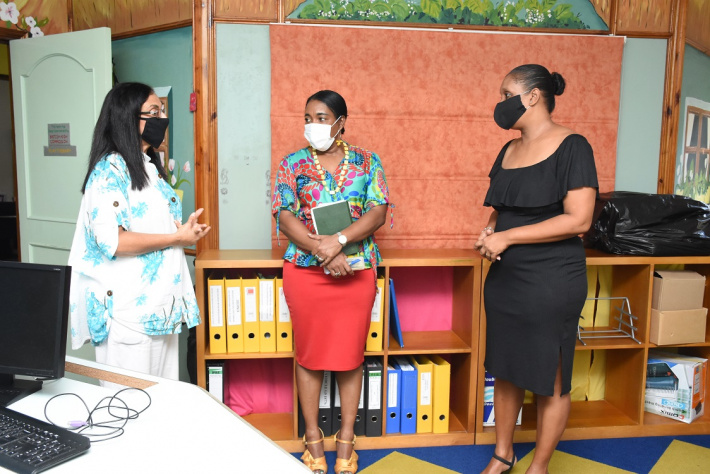 The United Nations, for statistical purposes, defines children as those persons under the age of 14 and it is very important to allow them to fully live their childhood since they are the most important years of a person's life as they are the foundation of one’s personality.

Minister for Family, Youth and Sports Marie-Celine Zialor echoed the message yesterday, during her familiarisation visit at the headquarters of the National Council for Children (NCC) at Bel Eau, where she outlined her ministry’s new plans on how to better absorb the council, thus stretching it to its full potential in offering services and support to all children, regardless of their physical, mental or social situation.

The NCC commits itself to promoting professional and effective interventions for the protection and safety of children so that they can realise their full potential in a society which respects their rights and dignity, as laid down in the United Nations Convention on the Rights of the Child which has been ratified by the government of Seychelles.

Minister Zialor was hosted by the chief executive of the council, Yasmin Umarji, who led her on a guided tour, both inside and outside the building, before meeting with the staff who expressed their aspiration for the council.

Also present were staff members of the President’s Village, the only state-owned children’s care home in the country, which now falls under the umbrella of the family department.

It was also the occasion for the NCC to discuss it review programme, structure and operation under the newly appointed Mrs Umarji.

Talking about her visit, Minister Zialor said she was very satisfied with the infrastructure and the working atmosphere, which she described as conducive, except for the compound which she said there is still room for improvement, especially a better playground.

With massive restructuring on the way, Minister Zialor said the NCC needs to evolve and focus on its primary objective, avoiding duplication, especially with the function of the Seychelles National Youth Council (SNYC) which focuses on the youth.

There should be harmonisation within, as well as with other ministries and in that line more discussions and understanding is needed, added the Family minister.

Describing it as an issue which she holds close to her heart, Minister Zialor said children with disabilities should not be marginalised and excluded from services offered by the NCC.

This, she said, will help them to avoid discrimination, especially in the form of negative attitudes, lack of adequate policies and legislation which prevent them from realising their dreams, or even getting and education.

The accompanying photographs show Minister Zialor interacting with staff during her visit yesterday. 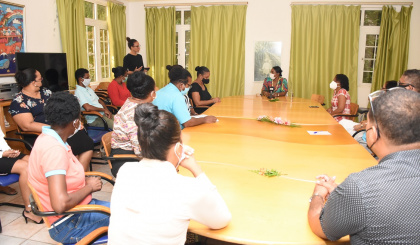 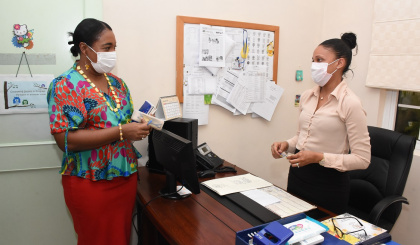 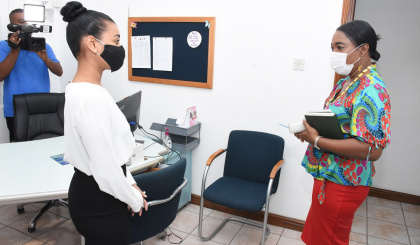 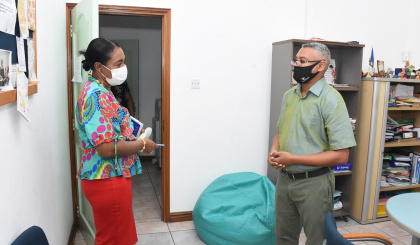 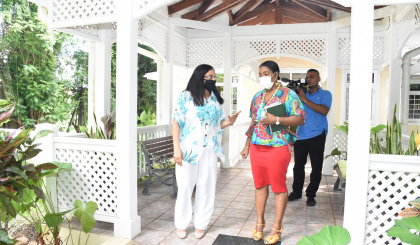 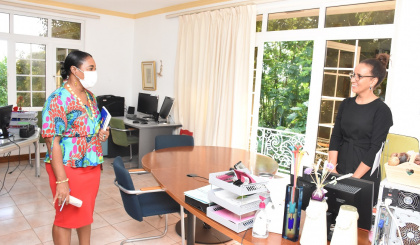 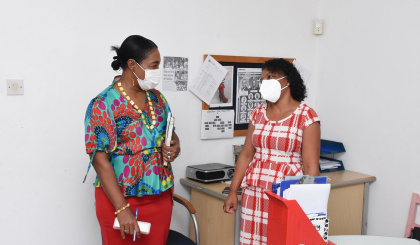