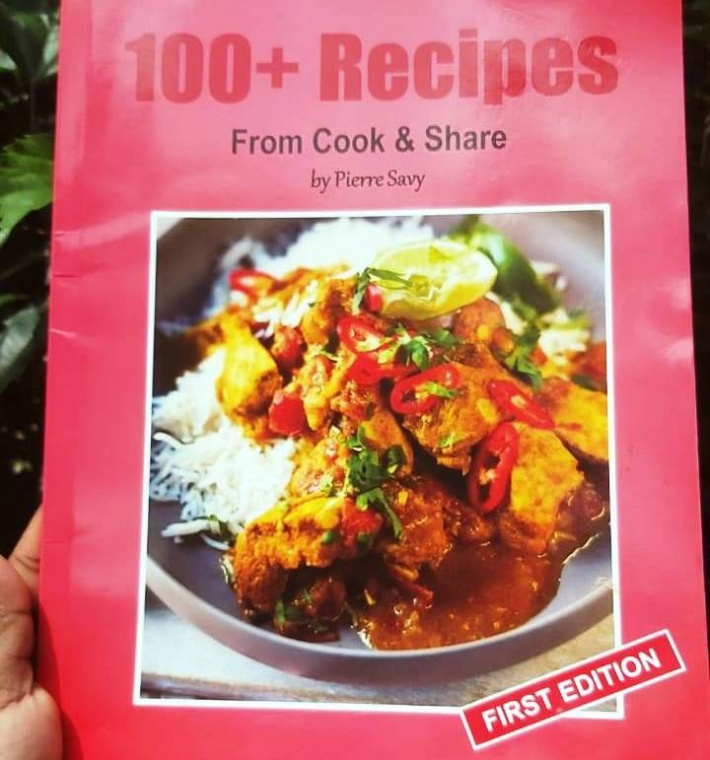 The cover of Pierre Savy’s book

Cook & Share at the rescue for this festive season

Are you short of ideas of how to make a specific dish or creole cake for this festive season? Worry not! A new book ‘Cook and share’ has been released by foodie Pierre Savy. He is also the creator of the ‘Cook & Share’ group on social media since April 7, 2020. This group has now more than 25,000 members and counting. Seeing the keen interest of many of the followers in his group, Pierre Savy decided to compile his most liked, commented and shared recipes in his first book. Seychelles NATION had a chance to have a small chat with him while he was recently on holiday in Seychelles with his friend Andre.

Seychelles NATION: Tell us about yourself, who is Pierre Savy?

Pierre Savy: I am the youngest out of a family of five and I am currently working as a manager in a tourism establishment. March will mark the second year since I moved to Switzerland but I was born here in Victoria on April 29, 1992. I spent most of my childhood on Praslin, studied at Port Glaud primary, then Anse Boileau secondary. After a year at the Seychelles Polytechnic, I realised it was not for me and I transferred to the Seychelles Tourism Academy (STA) where I studied restaurant and bar. After graduation from STA, I worked at Hotel L’Archipel on Praslin where I started as a waiter then gradually progressed until I decided to try other opportunities switching to reception. Before I left for Switzerland I was promoted to Guest & Services manager and did a bit of wedding decorations.

Seychelles NATION: And when did you create the group cook and share?

Pierre Savy: The group was created exactly on April 7, 2020. Before I made the group I was posting some dishes I made and people enjoyed it, even though I am a home chef and not a professional chef. At some point I decided to create my own group to provide people with recipes as they requested in the comments and to have the members share recipes as well. I wanted to share with people, especially beginners my knowledge and love of cooking. In the first few weeks there were already 10,000 members, and now it has reached more than 25,000. This shocked me for I did not expect this response.

Seychelles NATION: Now let’s talk about your book, what made you write this book?

Pierre Savy: One day I decided that I wanted to compile all the recipes I have shared, for reference purposes, and while I was compiling them I wondered why not try writing a book to make recipes more accessible to people especially members of the group who always message me asking for recipes already posted. I was also encouraged by Andre. So I published my first copy in Switzerland, it was very simple and the printing company advised me to review the page structures. So I redesigned it completely and finally ended up with this current version. I met a girl online, Misa Lablache, who is living in Abu Dhabi, she helped me with the editing free of charge.

Seychelles NATION: Are these recipes your own or just a compilation of mainly Seychellois dishes?

Pierre Savy: They are more or less recipes you can find online but with my own personal touches. I have made 95% of these recipes to try and also get pictures to post. You will not find many recipes with seafood or chocolate. The book contains a mix of recipes, some international, western and local as well. Currently me and my mom are working on compiling local recipes so that they can be in the next edition which will hopefully be published around March or April next year. The first edition of Cook & Share has been printed in 1000 copies.

Andre: I was the lucky one to try the dishes and they were perfect. His personal tastes also influence the types of recipes he shares, for example I do not eat seafood.

Seychelles NATION: So did you come back to Seychelles to sell the book, will it be available in libraries and bookshops?

Pierre Savy: No, we came here on vacation, the printing was already going on so I thought why not try to meet some people who were very excited to meet me, so I deliver the books to them personally. I have not planned to sell them in these outlets yet but I have got an offer and am still deciding.

Seychelles NATION: Which of your recipes attracted the most Facebook users?

Pierre Savy: The first thing that attracted a lot of people was the ‘moutay’, but this one will be found in the next creole edition, the ‘napoliten’ and the buttered garlic octopus are among the favourites.

Seychelles NATION: What message would you like to give to the people of Seychelles?

Pierre Savy: Well… Keep cooking! You might make mistakes but you have to practice and have patience in the kitchen. Take care when adding the ingredients especially when baking, but do not be afraid to add your own touch to the dishes.

Andre: Also we hope the book provides people, especially people of Seychelles, with ideas on what to cook, be it for a small dinner with the family or a big gathering. 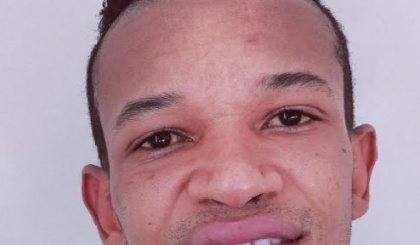