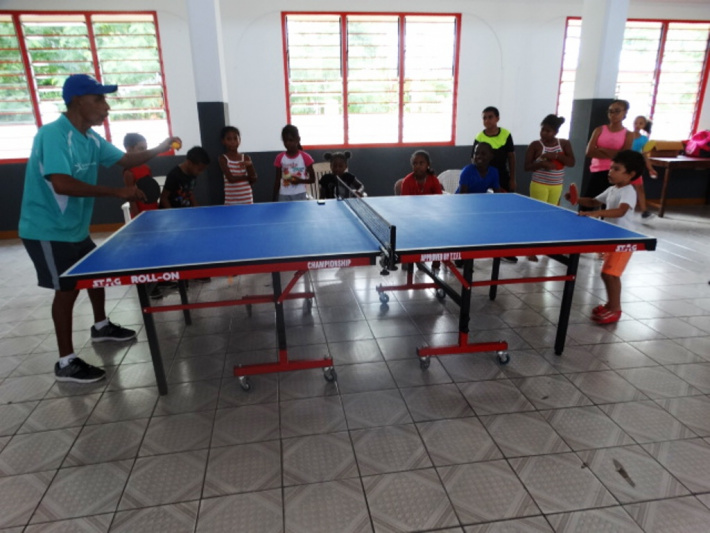 Local table tennis or ping-pong as it was originally called is on the right path and has a bright future as it is attracting more young and devoted players who are gearing up to replace the elites who have been in the limelight for many years now.

Coach Jimmy Vel made the statement following a holiday camp which took place between December 7-18 at the Anse Aux Pins community centre, bringing together 21 young players aged between six and 12 years old from the southern region of Mahé.

Jointly hosted by the district’s administration office and the youth development unit within the National Sports Council (NSC), the programme was aimed at introducing the sport as a way to promote a healthy lifestyle through decentralisation and also to develop the young athletes’ skills, talents, abilities and knowledge, thus helping them to make reasonable and better life choices.

Facilitated by coach Vel, along with Jenifer Bonne from the NSC, the training took place twice daily catering for younger kids or beginners in the morning, while older kids had the chance to brush up their skills in the afternoon.

The first part involved learning new techniques and the second was all about having fun in a disciplined environment, while putting into practice the newly learned skills.

The sessions began with warm-up exercises where the kids learned some specific drills such as shadow movement and rope-skipping which are both essential in building proper foot work.

They then went into the fundamentals of the game, including eye-hand coordination and racket skills, mostly how to hold a racket and the two different grips.

The two basic strokes – forehand and backhand drives – were next on the programme, incorporated into multi-balls sessions and play time.

According to coach Vel, the camp went smoothly with a high level of discipline from the young players.

He said such training is the ideal time for children to practice intensively and learn new skills and it also caters for all levels and abilities.

Coach Vel added that such training is equally important, especially for younger kids as it helps them to improve hand-eye coordination, develop muscle memory, and understand fundamental strokes and footwork.

He thanked all the partners – the NSC, the Anse Aux Pins district administration and the parents – for their support and recommended that the programme continues during the school term, increasing to three times weekly.

Also known as whiff-whaff, the game was invented in England in the early days of the 20th century and was originally called ping-pong, a trade name.

The name table tennis was adopted in 1921–22 when the old Ping-Pong Association formed in 1902 was revived.

The accompanying photos show the young kids in action during the camp. 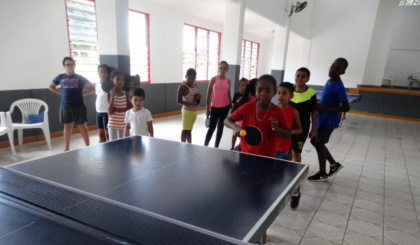 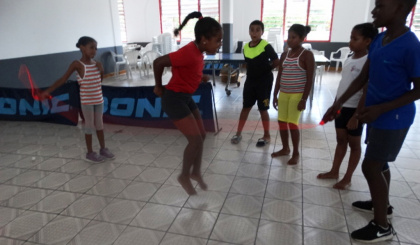 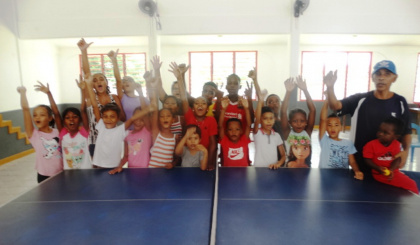 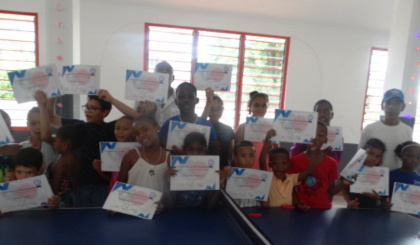