Threats of FADs on our fragile marine ecosystems | 09 January 2021 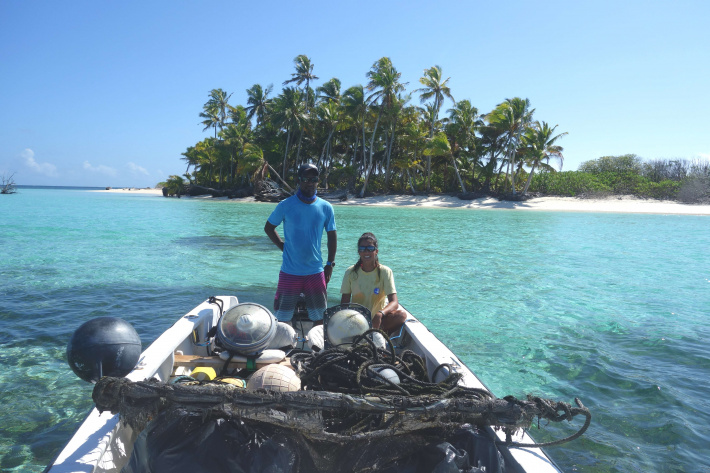 Transporting FAD onboard the boat to shore

The widespread use of Fish Aggregating Devices (FADs) in tuna fisheries is still considered as an important global management concern.

Equipped with echo-sounders and satellite buoys, the FADs are either anchored or untethered and free to drift on the ocean surface.

Purse seiners are able to track their own sets of FADs deployed and are able to collect data transmitted by the echo-sounders.

This is considered to be highly effective in choosing the right location to set seine nets.

While purse seine fleets benefit from improved catch rates and less operating costs, our fragile marine ecosystems is still adversely affected by the increasing presence of the non-biodegradable objects.

Most of the materials used to build the FADs, such as nets, ropes and fishing buoys are non-biodegradable and if abandoned or lost, their growth in the oceans contributes to marine pollution. If not intercepted promptly, they are washed up ashore by the ocean currents and are known to damage coastal habitats.

Sensitive marine fauna, such as sharks and turtles, are also negatively impacted once caught in the nets and unable to escape.

Besides, the long-term sustainability of certain vulnerable non-target species is jeopardized because once caught in seine nets they are not necessarily released back in the open sea.

In an effort to help address such issues, in 2016, the Island Conservation Society (ICS) became a partner of the FAD-Watch Project initiated by the Spanish tuna purse seiner fishing representatives (Opagac).

The project is a multi-sectoral initiative developed to prevent and mitigate the drifting FADs before they beach across several islands in Seychelles.

Coastal recovery is the current mitigation measure in response to alerts received from the FADs detection system.

Our staff on the islands are tasked to intercept and remove the FADs before they cross the EEZ of Seychelles and beach on the islands of Aride, Alphonse, Desroches, Farquhar and Silhouette. Instances when FADs are not intercepted on time they can cause considerable physical damage to coral reefs and seagrass meadows.

The purpose of the MoU is to improve the FADs detection system so that alerts are sent directly to the ICS teams on the islands.

Our staff on the islands are now receiving alerts promptly hence better prepared to intercept the FADs swiftly and effectively before they cause serious damage to the coastal habitats.

The photos included in this article illustrate the devastating impacts of FADs on the thriving coral habitats and marine species.

Some photos also show our staff carefully removing FADs before they are washed ashore.

Some viewers may find some images offensive and we do apologise for any inconvenience caused, but our intention is to raise awareness of the issue to the general public.

We recently shared a post on our Facebook page, ICS Seychelles, and welcome the general public to participate in the current discussion on the use of FADs in our EEZ.

A lot of global organisations are raising awareness on this global issue such as #WWF and #greenpeace and local organisations such as SIF. ICS continues to do the same but also counts on the public to spread the message. Tell us what you think about the use of FADs and what can be done to address the negative impacts of this non-biodegradable device on our fragile marine ecosystems. 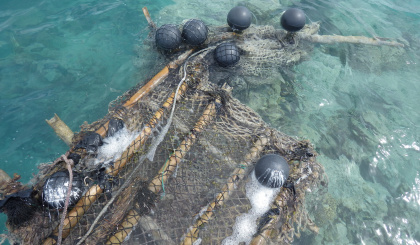 Example of a FAD 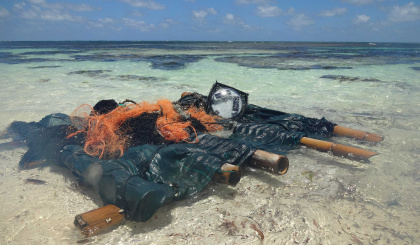 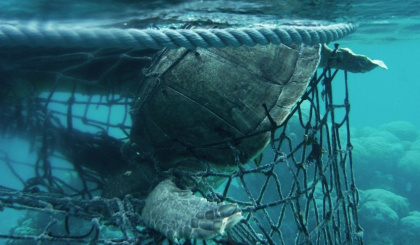 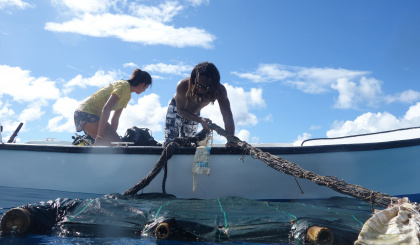 Remains of a FAD pulled onboard the boat 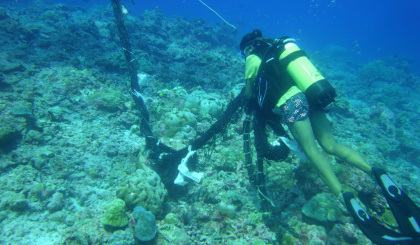