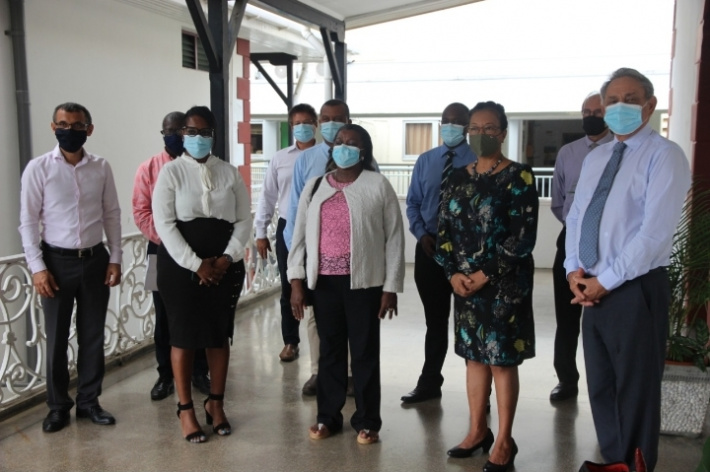 With its Covid-19 vaccination campaign set to roll out this weekend, the Ministry of Health yesterday received a donation of R100,000 from the Linyon Demokratik Seselwa (LDS) Caucus of the National Assembly which will go towards the cause.

The programme will kick off with healthcare workers and other priority groups including political leaders and health care leaders.

The urgency in rolling out the vaccination campaign at the soonest possible is a strategy to break the chain of transmission and stop the propagation of the infection, in view of the increasing number of community transmission cases detected over the past few days.

During yesterday’s presentation which took place at the Red Roof Building of the Seychelles Hospital, the leader of government business in the National Assembly, Bernard Georges – also the elected member for the Les Mamelles district – handed over the cheque to Dr Bernard Valentin, principal secretary in the Ministry of Health.

According to deputy Speaker Henrie, all members gave an equal percentage of their salary towards the cause and as political leaders they feel that it is their duty to lead by example in any given situation.

This, he said, will also be the case in the vaccination campaign which will begin tomorrow.

The deputy Speaker further added that since they, as politicians, do not know the exact needs of the Ministry of Health, they feel that monetary contributions is the ideal support, while the recipient will have the choice of spending the cash according to the existing needs.

It will be recalled that in 2020, the party which was in opposition then donated ten percent of their salary for three consecutive months helping non-profit organisations in their fight against Covid-19.

Regarding the vaccination campaign, Minister Vidot has said as a strategy, they have decided to accelerate all efforts to introduce the programme and have put in place the necessary structures to ensure that they have sufficient vaccines, and have also conducted the necessary training of staff. 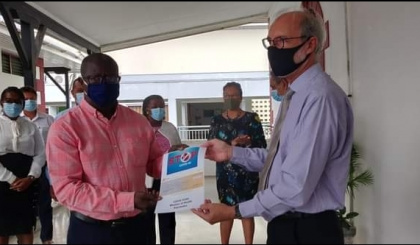