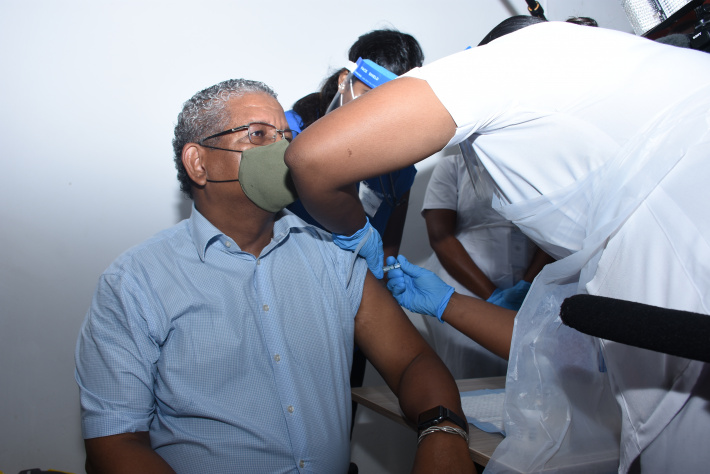 President Wavel Ramkalawan yesterday received his first dose of the Sinopharm Covid-19 vaccine as the country rolled out its vaccination programme against the virus.

President Ramkalawan said he was getting the jab to show Seychellois that it is “safe to take”.

Speaking while officially launching the campaign, President Ramkalawan thanked Mr Faure for helping encourage the population to take the vaccine.

“At this time our health workers are overwhelmed and I want to tell them to stand strong as we will soon overcome this obstacle,” said the president.

The head of state also said that we should not be scared of the high rates of infection that are being reported everyday as this is because of the successful testing that is being conducted in the community.

He also talked about the first 40 people who have recovered and noted that in the coming weeks there will be more recovery.

“I also want to thank the Seychellois people for following the guidelines. In the coming weeks let’s remain serious,” he said.

On behalf of the government the president also relayed a thank you message to Sheikh Mohammed bin Zayed bin Sultan Al Nahyan, Crown Prince of Abu Dhabi for his donation of the 50,000 doses of the Sinopharm vaccine.

“Any day now we will also receive 20,000 vaccines that will help us vaccinate the over 65,000 of our population, and once we have done that we will become the first country in world to roll out a vaccination programme where one third of our target population will be vaccinated,” he said.

The president also announced that the government of India will be donating 50,000 of the Oxford-Astra Zeneca vaccine which will be in the country by the end of January.

The numerous donors that have offered their help to the campaign were also thanked by President Ramkalawan in his speech.

He also added that a bank account has been opened at the Central Bank for all donations being given to the government.

Mr Ramkalawan ended by officially launching the vaccination campaign and called on all Seychellois to take their vaccines as we will be able to tell the world that Seychelles is Covid safe.

In her address, health minister Peggy Vidot said: “Today Seychelles steps into a new phase in its fight against Covid-19. The vaccine was developed in the same manner as other vaccines that we have taken in the past.”

Noting that the virus has already taken a life in the country and has made our economy unstable, she said it is evident that we need to put this virus under control for the good of our community and family.

“I want to thank the president for making it possible for us to receive this vaccine. I also would like to thank everyone who will be participating in the vaccination campaign in the coming weeks as it will contribute to the relaunching of our economy,” she said.

Former President Faure also showed solidarity with his successor by taking the vaccine live on TV.

In his address, he noted that today Seychelles will become the first country in Africa to start the vaccination campaign.

The former head of state continued by calling on all Seychellois to break all political barriers and put Seychelles first.

“If we follow the guidelines by the health professionals we will be able to overcome the virus. However, the vaccine is not an excuse to take matters lightly and start to relax; we must still follow proper health protocols by continuing to wear our mask, wash our hands, use sanitisers and keep our social distance,” he said.

Mr Faure also commended the health care workers who have worked tirelessly to help combat the virus. He went a step further by saying that we must have faith in the Ministry of Health because it is through that faith that we will win against Covid-19. 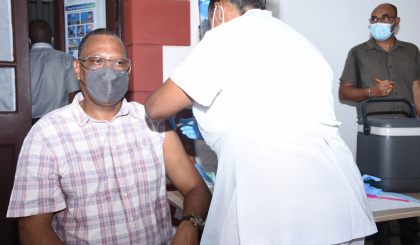 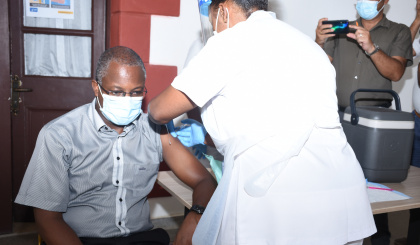 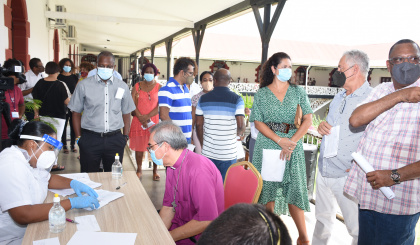 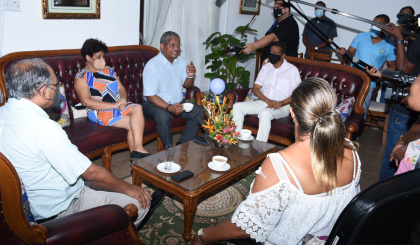 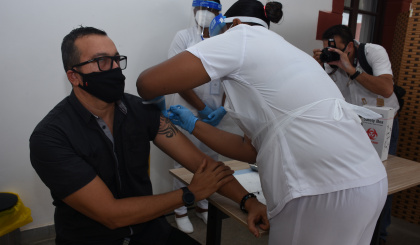 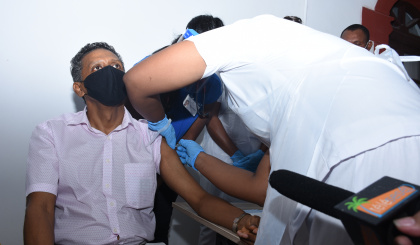 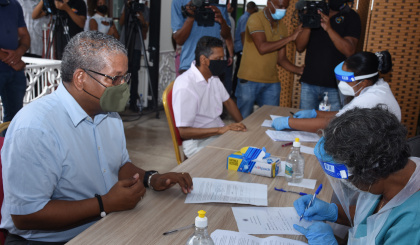