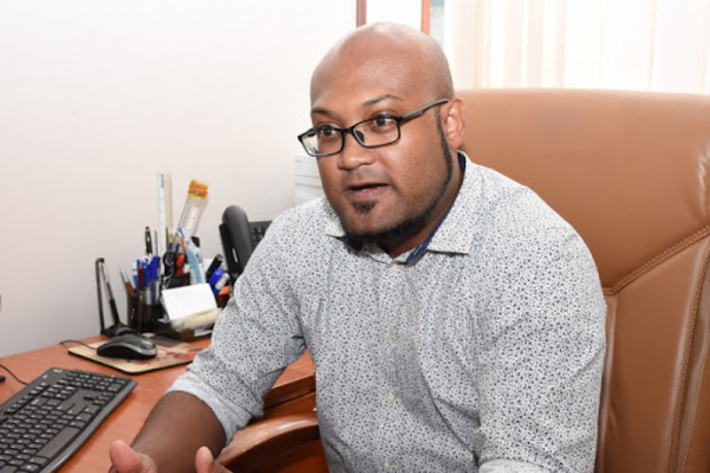 Director general for Labour Relations, Steve Monnaie, has been steadfast on this issue: the employment department will not “reactivate” parts of the special leave legislation for this current restriction of movement period.

With the restriction of movement order extended to the end of January and schools still closed, many parents have been asking whether the legislations which came into effect during last year’s restrictions would be implemented yet again.

Mr Monnaie yesterday explained that no such decision has been taken by the employment department this time around since the country cannot afford to have a number of workers staying at home and the restriction period is less restrictive than the first.

The Employment (Coronavirus Special Leave) (Temporary Measures) came into effect end of March last year to allow workers with children under the age of 15 to stay home with them. This part of the legislations expired on May 17, 2020 when schools resumed.

“Last year, Covid-19 had just struck us and employees and employers were adapting to the restrictions put in place. Back then there was the need to introduce the special leave because employers were looking to dock off day their employees stayed at home as annual leave days. Moreover, restrictions had been imposed so that all schools, public and private, daycares and child minders were closed.”

The only part of the special leave that continues to remain in effect is leave for workers who are placed under quarantine or in isolation, per the guidance of the health authorities.

Mr Monnaie highlighted that this group of workers should be paid their full salaries as they are covered by the special leave legislation.

“The employment department’s experience when it first introduced special leave in 2020 is wholly different from the current situation,” explained Mr Monnaie.

“After evaluating the situation after the special leave, we noticed that there had been some people who had abused the system. We saw some workers in essential services staying at home when there was already a parent at home and employees who did not need the special leave but applied for it anyways.”

“Last year’s situation saw a complete lockdown with a curfew but this year we have only seen some restrictive measures whereby the president has encouraged employees to work from home. He did not tell all workers to stay home,” said Mr Monnaie.

“Given that the restriction period has extended for another two weeks, the employment department feels like workers have learned from last year and must have prepared for the eventuality of another restriction and our appeal is that families should have collective social responsibility.”

Mr Monnaie noted that mothers, fathers, cousins, grandparents, brothers, sisters, aunts, uncles, godmothers and godfathers should sit down and find ways to help each other out.

“We all know the financial situation our country is in; it needs no repeating. And if we said that all working parents should stay at home, it would be an enormous burden for businesses and work places. The budget which the government had in March last year to sustain such a relief programme is not the same budget it has now, and we have to find ways to ensure that measures in place do not affect the sustainability of businesses,” explained Mr Monnaie.

“Therefore there will be no reactivation of the special leave this year. There might be future announcements by the government but as much as possible we are encouraging families to communicate.”

The employment department is also calling on employees and employers to hold frank discussions and find flexible means to ensure that the worker continues to deliver while also taking care of their parental duties. Exchanging working shifts, flexi hours, working from home are some of the options that can be explored.

According to Mr Monnaie, the employment department has recorded a number of complaints since the restriction of movement order was imposed this month, both from employees and employers.

“There are various complaints that have come in. As you know, the employment department sent out a notice early this month stating that employers cannot force employees to take their annual leave. But this notice came out of necessity due to complaints where employers seek to reduce the cost by making workers take annual leave, some even going as far as making workers take leave they don’t have.”

It is important to note that employees may apply for annual leave during this time but this should be a decision taken by the employees and not forced on them by the management.

“We have even received complaints about workers who did not fully grasp the president’s announcement and the restriction measures; they thought that it meant that they should not come down to work at all which handicapped some work places,” Mr Monnaie said, adding that if an employer calls a worker in for stocktaking or any administrative work, then the employee must come in.

Employers are however not allowed to force a worker who has been placed under quarantine to come to work.