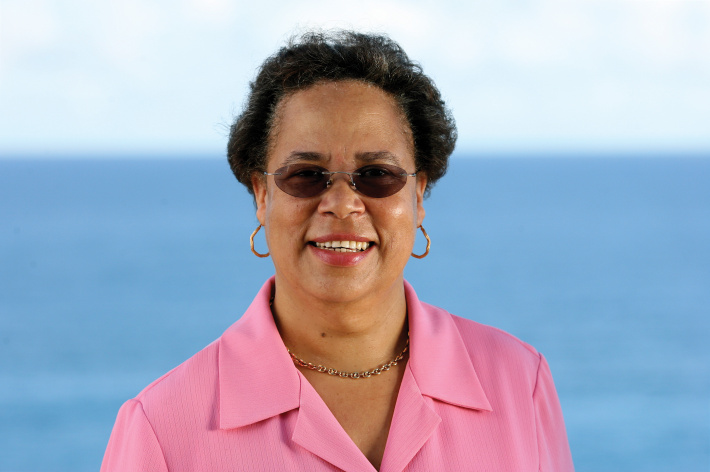 Former member of the National Assembly Jeovana Charles has passed away.

Mother of two ‒ a son Henrick and a daughter Hazel ‒ Mrs Charles was a fervent supporter of the Seychelles People’s United Party (SPUP) which later became Seychelles People’s Progressive Front (SPPF), Parti Lepep (PL) and United Seychelles (US). She served as parliamentarian for 23 years ‒ from 1993 to 2016.

She first became a parliamentarian in 1993 and this followed the first multi-party presidential and parliamentary elections of the Third Republic won by the SPPF party led by France Albert Rene.

The elections took place on Friday July 23, 1993 and Mrs Charles was one of the 27 SPPF members in the new 33-seat parliament after the party scored the highest number of votes in 21 out of the 22 constituencies.

She won the seat for the Plaisance district.

In the 1998 parliamentary elections held on March 21, 22 and 23, she was re-elected as member of the National Assembly (MNA) for Plaisance as the SPPF took 24 of the 25 direct seats, leaving only one for the United Opposition at St Louis.

Mrs Charles became the first MNA for Roche Caïman district in 2002 when the SPPF of President France Albert Rene won 18 of the 25 seats contested at the National Assembly election ran from December 4-6.

She once again successfully defended her seat with victory in the 2007 elections as the ruling SPPF retained its 23-seat majority in the National Assembly after the party won 18 directly elected and five proportionate seats in the May 10-12 election with 56,2% of the 55,827 votes.

Mrs Charles also chaired the Association of Women Parliamentarians and in 2014 tabled a motion asking the National Assembly to support the ‘Bring back our Girls' campaign as part of international efforts to free over 200 young girls in Nigeria aged between 15 to 18 years, who were kidnapped by Militant Islamist group Boko Haram in April of the same year.

Her motion followed her involvement at the ‘Women in parliament summit’ held in Rwanda which called on parliaments around the world to support the ‘Bring back our girls’ campaign.

Two former presidents ‒ James Michel and Danny Faure ‒ have taken to social media to express their condolences on the passing of Mrs Charles.

Former President Faure writes: “I am deeply saddened by the news of the passing of our dearest Jeovana Charles. Jeovana served the people of Seychelles with the steadfastness, dedication and compassion of a true leader. We owe her a debt of gratitude. During this time of grief and sorrow I extend my sincere condolences to her loved ones and colleagues. RIP Jeovana. We will miss you dearly!”

Former President Michel writes: “Saddened by the news of the sudden passing away of Jeovana. She was a great patriot and will always be remembered for her devotion to her people, her party and her country. I shall be forever grateful for her great contributions. Deepest sympathies to her daughter and family. May God grant them courage to bear the loss. And may her gentle soul Rest In Peace.”

As for Audrey Vidot, who succeeded Mrs Charles as MNA for Roche Caïman in 2016, she had on her Facebook wall:

“Thank you for all the kind words and support that you have been sharing with families and friends of Mrs Jeovana Charles. The Roche Caïman community is heartbroken following the sad news. She was not only a mother to her two children but for her community and country. Mrs Charles or Madame Charles as everyone knew her, had touched so many lives with her love. She has helped and loved so many to achieve (good things) in life and even find their way back to life in difficult times.

“Mrs Linda Moustache and I have learned and shared so much with her that today (Sunday) was tough to see her one last time and to say goodbye. Through your kind words and support, God is giving us the strength to support her families, close friends and the Roche Caïman community.

“We need to cherish all the positive and wonderful memories of her in our life.

May her beautiful soul rest in peace in the arms of our beloved Father in heaven. Amen.”

Both the Speaker of the National Assembly Roger Mancienne and the United Seychelles party have sent in their eulogies. (See separate article)