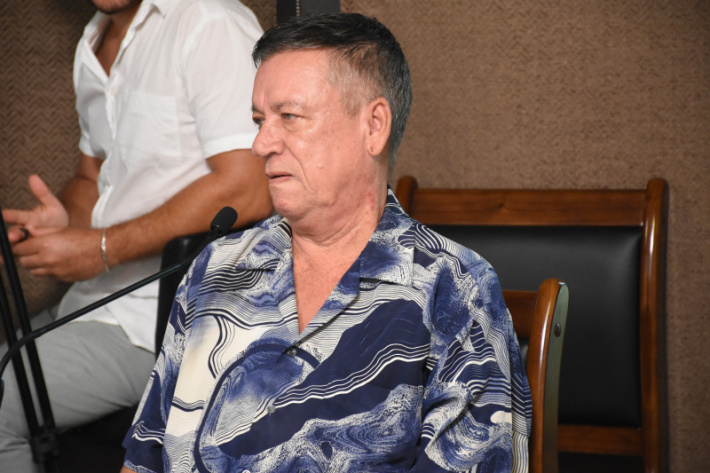 Mr Savy (pictured here during an appearance before the Truth, Reconciliation and National Unity Commission)

Former police superintendent, James Savy, passed away early morning of Sunday January 17, 2021 at the Seychelles Hospital. He was 74 years old.

The former law enforcement officer had had a long career in the police force with various responsibilities including in the Crime Investigation Department (CID) and in the Traffic Unit.

He was also posted as station commander at various police stations such as Cascade and Beau Vallon on Mahé and Grand Anse and Baie Ste Anne on Praslin, among other stations.

He also served as regional commander for the North and South West Mahé regions among other responsibilities.

Apart from local training, he also attended overseas courses in subjects like crime investigations, crime prevention and treatment of offenders, traffic safety and commanders’ course in countries such as Malaysia, Czechoslovakia, England and Italy.

His time with the force officially ended in December 2006 when he, along with a group of nine senior police officers, were removed from the force.

The Au Cap resident leaves behind his wife and four children.