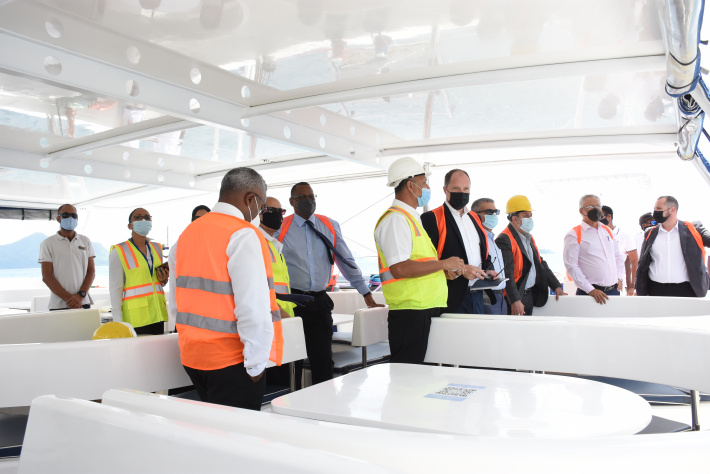 Seychelles is hoping to benefit from the expertise of, and probably financial assistance from the United Arab Emirates with regard to Port Victoria’s expansion and rehabilitation project for commercial and industrial fishing.

It was the Minister for Transport, Anthony Derjacques, who made the statement following a meeting yesterday with a high level, five-member delegation from the Abu Dhabi Port.

Also present at the meeting were the Designated Minister and Minister for Fisheries Jean François Ferrari; the principal secretary for Civil Aviation, Ports & Marine, Alan Renaud; and high officials from the Seychelles Ports Authority (SPA). UAE’s chargé d’affaires in Seychelles, Ahmed Saeed Al Neyadi, was also present in the discussion. The Abu Dhabi Port delegation was being led by Saif Almazrouei, head of ports cluster.

The meeting, held at the SPA conference room yesterday morning and which was followed by a port visit via two omnibuses and a chartered catamaran vessel, follows the recent visit by President Wavel Ramkalawan to the UAE from December 12 to December 17, 2020.

During talks he had with His Highness Sheikh Mohamed bin Zayed Al Nahyan, Crown Prince of Abu Dhabi, President Ramkalawan requested for Abu Dhabi Port’s consultants and technicians to come to Seychelles to assess how they can assist with the extension of Port Victoria for commercial and industrial fishing.

Speaking to the press later, Minister Derjacques said that the country is pleased that the UAE leader had sent the delegation and that Seychelles will be waiting for their further queries and questions on the way forward with regard to the expansion of Port Victoria.

Currently at 370 metres long, Port Victoria (commercial) is expected to be extended by an additional 230 metres for an overall length of 600m.

Minister Derjacques said that without abandoning the original master plan, the new concept now is to see how it can further be developed to also incorporate the fishing sector.

He noted it is for that reason that the financing secured so far from Agence Française de Développement (AFD), the European Investment Bank (EIB) and the European Union (EU) approved by the previous cabinet is not enough.

“The project was for €34 million to extend the commercial aspect of Port Victoria but when you look at the financing it actually comes to €62 million. The deepening of the channel will need another €19.5 million which shows that we have to look not only at the financial part but also at the technical component. Abu Dhabi is there to advise and help the government of Seychelles,” Minister Derjacques said, noting that UAE may probably help with the financing of the expansion project after assessing our port needs.

For his part, Mr Almazrouei said that the delegation was happy with the visit and pointed out that among other issues related to port activities, Port Victoria lacks container facilities.

Minister Derjacques noted that all necessary precautions in line with the health measures against Covid-19 were taken for the short visit by the delegation in the country.

In welcoming the delegation, SPA deputy chief executive, Egbert Moustache, said SPA is hopeful that 2021 will be an optimistic year and with the Abu Dhabi Port as its first high-level delegation, SPA is looking forward to transforming and sustaining Port Victoria as the viable maritime hub within the Indian Ocean.

He thanked the Abu Dhabi Port for positively responding to the invitation from the government of Seychelles to visit Port Victoria.

The accompanying photos show some highlights of the delegation’s visit at the port. 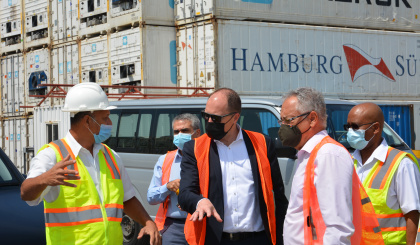 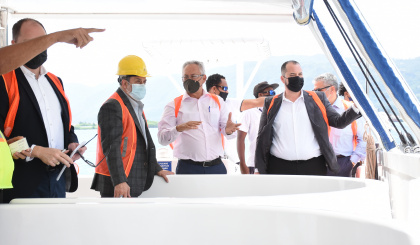 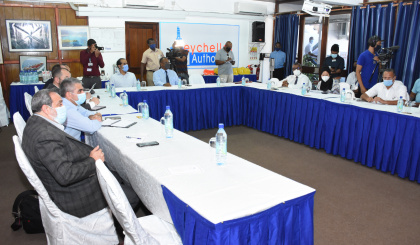 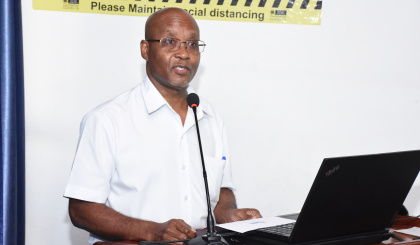