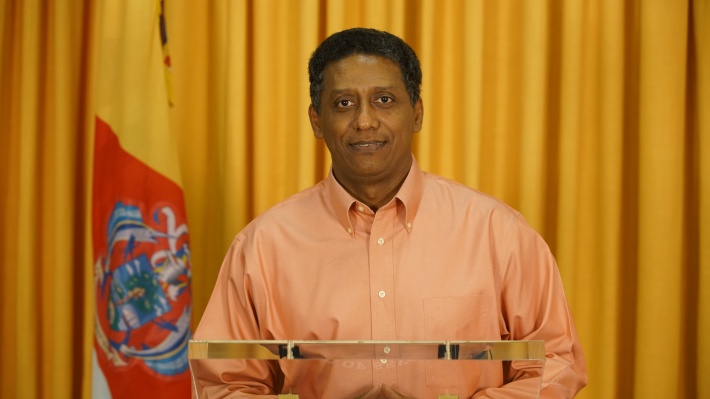 President Danny Faure yesterday submitted through a representative his application to be considered as United Seychelles’ candidate for the next Presidential election.

The documents were hand delivered at Maison de Peuple at 11 o’clock just one hour short of the official deadline of mid-day.

President Faure was the only candidate to openly declare his intention to stand on the Party’s ticket and his application will now be considered under the procedures established by the new Constitution of United Seychelles.

This will include a declaration of his assets and liabilities as well as being vetted by the Party’s Ethics Commission. Congress, which is the supreme organ of the Party, will take the final decision in endorsing the candidature of President Faure.

United Seychelles is proud that it is the only political party to date to have given every one of its members the opportunity to come forward and participate in an open, free and fair democratic process to be considered as its presidential candidate.

President Faure may be the only Party member to have come forward but this process was not about the number of candidates but rather about the standards that the Party demands from those aspiring to positions of responsibility and leadership.

United Seychelles is confident that it will offer the Seychellois electorate a strong candidate who will meet the expected moral and ethical standards of the highest office in the land.