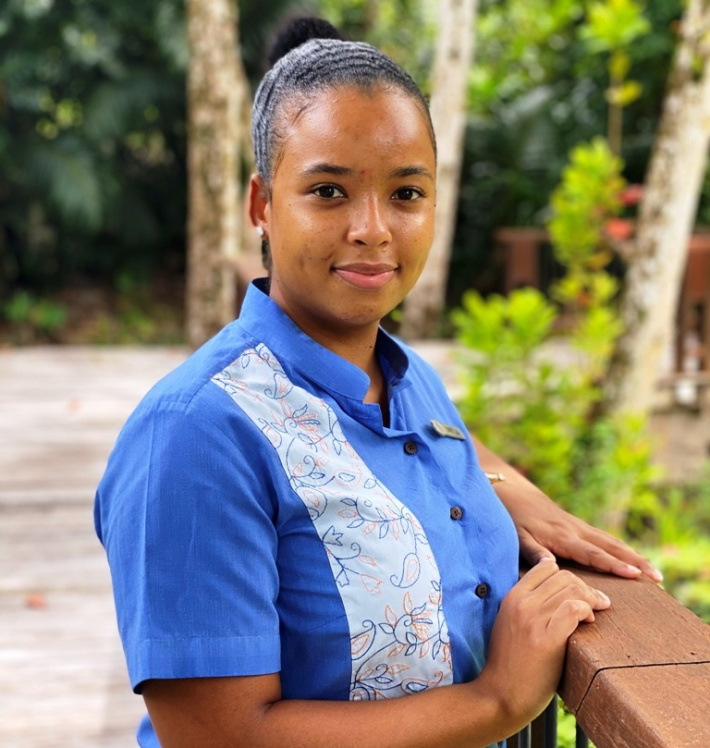 Originally from Baie Lazare, Mahé, Aneeza Dogley can often be found at the Four Seasons Resort Seychelles’ poolside restaurant of Kannel, where she is employed as a food and beverage server.

After a successful four years, the time has come for Aneeza to grow even further as she is transferred to Four Seasons Hotel Dubai, DIFC to begin a new chapter as a food and beverage server at MINA Brasserie.

Having held her current position since April 2016, Aneeza has been a crucial part of the Four Seasons Resort Seychelles food and beverage team where she started as an attachment student from the Seychelles Tourism Academy.

“While I am excited for this move, I am going to deeply miss the team here. This is where it all started and I am so grateful for the endless support I have received.

The learning opportunities I had here pushed me to see this next chapter in my life,” says Aneeza.

During her time, Aneeza has had the opportunity to hold positions in ZEZ, the Resort’s hillside restaurant serving Asian Izakaya, and In-Villa Dining, in addition to her most recent time spent in Kannel, giving her the exposure she needed to make the next step.

“We are sad to be losing a gem, but for her to become a star, a learning journey has to be taken. She is a very versatile component of our family and MINA Brasserie is lucky to have her join its team,” says Peter Fitzgerald, director of restaurant operations.