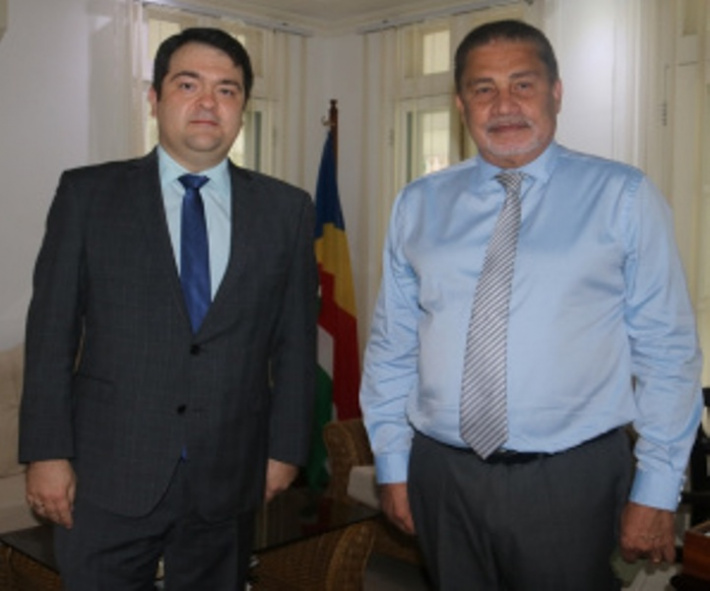 Artyom Kozhin, resident Ambassador of the Russian Federation to Seychelles paid a courtesy call on the Minister for Foreign Affairs and Tourism, Sylvestre Radegonde on Tuesday.

This is the first official meeting of the two parties since Minister Radegonde took office in November last year.

The two dignitaries held discussions on areas of cooperation between the two countries, such as tourism, trade, education and cultural exchange programmes, among others. Ambassador Kozhin also expressed Russia’s interest to assist Seychelles in the battle against the Covid-19 pandemic.

On his part, Minister Radegonde added that as a former Seychelles Ambassador to Russia he would like to further strengthen the bilateral relations between the two countries.

“Russia is very dear to my heart and I would like to see these relations deepen and those relations have to touch not only government to government but also the community,” he concluded.

Press release from the Ministry of Foreign Affairs and Tourism