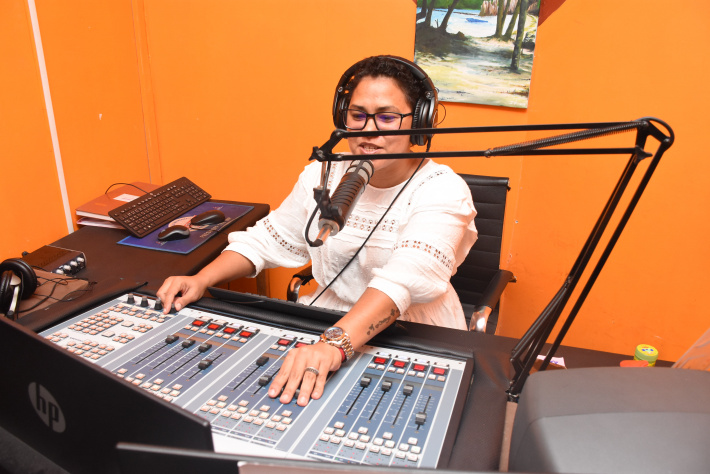 ‘New World, New Radio’ is the overarching theme of this year’s World Radio Day celebration, a day dedicated to underscore the importance of radio as a medium of communication and entertainment.

The United Nations (UN) describes radio as “part of humanity’s history” and this year it has called on radio stations to celebrate the 10th anniversary through the three sub-themes of evolution, innovation and connection.

‘New World, New Radio’ and the sub-themes seeks to highlight the resilience of radio which dates back over 110 years ago – a fact made even more pivotal by the pandemic.

Our newspaper checked on four radio stations in the country to find out more about their scheduled programmes to observe World Radio Day today and their outlook on the theme.

At Pure 90.7, listeners will get to hear familiar voices of radio personalities in Seychelles, both past and present, who will be discussing the theme and sub-themes of World Radio Day throughout the day.

These discussions are pre-recorded phone interviews in which Pure 90.7 radio hosts talk with the likes of Sylvie Ah-Time, Patsy Athanase, Tessa Henderson and Ibrahim Afif.

Pure 90.7’s chief operational officer Rajive Ellawalla better known by his radio host name, Leo, explained that these interviews have been slotted to play throughout the day on the station from 7am to 7pm.

“The radio’s importance is in the fact that it bridges the gap between listeners and artists. In regards to the theme, we have seen radical changes in the radio throughout the year; back when I started in radio in 2002 we were playing CDs and now we are making use of computers,” Mr Ellawala noted.

Over at the Seychelles Broadcasting Corporation (SBC), head of programmes is responsible for SBC’s two radio stations – Radyo Sesel and Paradise FM.

“We have three radio features scheduled for today, each focusing on one of three sub-themes. Our producers and presenters have worked on how to incorporate the World Radio Day and its theme for this year in their programmes, and of course we will be playing songs related to radio and engaging our listeners in the discussions,” said Jeanette Julienne.

On the Paradise FM today are Enrico in the morning followed by Betty-May while Radyo Sesel’s schedule will see Michelle Barreau, Marie-Claude and Latifah for Tea-Time.

Mrs Julienne explained that radio plays an important role in the society, and SBC in particular has taken its role as an educator very seriously in light of the pandemic.

She noted that both SBC stations have worked to ensure a more flexible schedule in order to relay breaking news, press conferences and other important messages as well as scheduling educational spots on Covid-19.

“As for innovation and all that, SBC has had to move towards more innovative interviews because our presenters cannot go out there to meet with people; we have also developed a radio app, which we ask everyone to download, where they can get frequent updates and can listen to the programmes they have missed.”

At Le Chantier Mall, K Radio’s programme manager and presenter Aubrey Philo noted that the station has made no plans in particular to commemorate World Radio Day.

“K Radio is undertaking technical tests on the frequencies. Additionally with Covid-19 we are not working at full capacity and so we will not be doing anything special – the programmes will be as usual,” said Mr Philo.

In regards to the World Radio theme, he remarked that radio has moved towards digitization although Seychelles has some ways to go in that regard.

“K Radio launched with the radio display system (RDS) which allows some car music system to display what is being played. Going live is also easier with technology since K Radio can go live in less than 30 minutes instead of having to use a bunch of equipment,” he said.

With K Radio’s main audience being the younger generation, the station focuses more on entertainment but it regularly keeps the public informed of important information through social media platforms.