An appeal process at the Mont Fleuri secondary school

Students and mature applicants who have successfully been accepted into the various local professional centres, as well as the School of Advanced Level Studies (Sals) have been receiving their confirmation since Wednesday, the Ministry of Education has confirmed.

Compared to the previous years where they reported to their respective school physically, this year, the successful applicants are being made aware of their successful admission through various mediums, including phone calls, Short Message Service (SMS) and WhatsApp messages.

The new method is part of the national efforts to mitigate the spread of the coronavirus (Covid- 19) in the country.

According to Marina Jacques, who is the chairperson of the secretariat responsible for selection and admission for professional centres and Sals, each secondary school came up with its own method of informing the successful applicants to avoid crowding in the compound.

She explained that for those appealing the results, they will be given individual appointments to collect appeal forms, while others will be emailed the forms which have already been sent to the different schools.

Upon filling the forms, students will again get an appointment to discuss with their careers teachers regarding their appeals.

Mrs Jacques explained that they have extended the appeal deadline to Monday, allowing students to think carefully and discus with their parents on the right and appropriate choices over the weekend, before submitting their forms.

She added they will be flexible regarding the process and will be accepting late forms, at least up to Tuesday, benefitting students and applicants from inner islands who for one reason, or another might be late with submissions.

Mrs Jacques further noted that even if “selection is a competition”, whereby the different centres accept the best applicants, based on their performance, there is a conditional acceptance offer where applicants who missed some criteria can still be accepted under the condition that they attend the Seychelles Institute of Distance and Open Learning to obtain the missing credentials.

Deputy for studies at the Mont Fleuri secondary school, Rockline Malcouzane, said upon receiving the results, the school decided to call parents, informing them about their children’s performances and admissions.

She explained that they used the calling method to ease the process, especially where parents have questions and other related queries.

As for the appeal cases, Ms Malcouzane explained that they are giving parents individual appointments to go over and discuss the various related issues.

A process which said takes about ten minutes, maximum.

She however noted that this year’s process is taking a bit longer than usual, since on various occasions parents cannot be reached when called, while others return calls late during the day, making the process even longer. 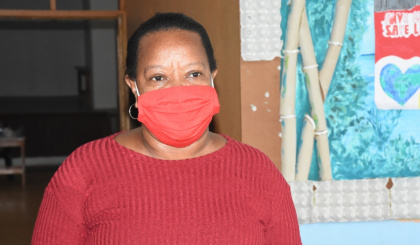 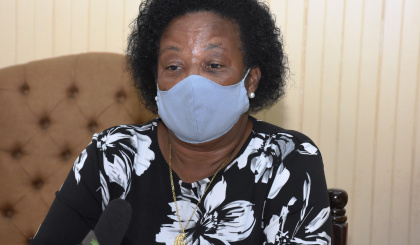