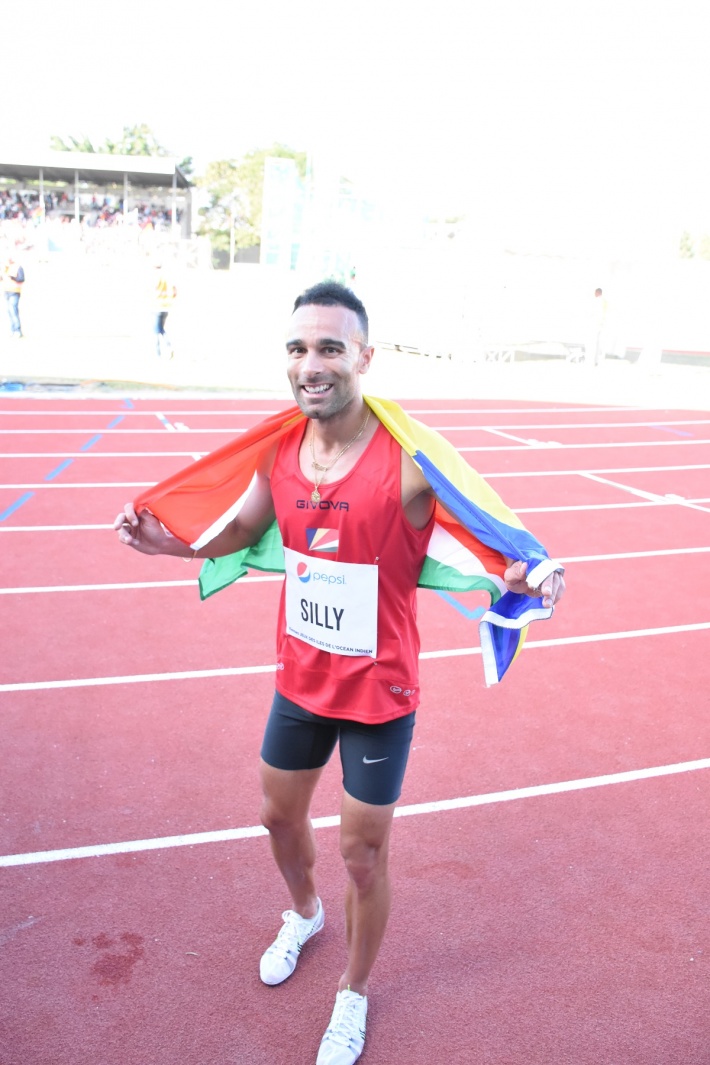 Team Seychelles won a third gold medal yesterday in track and field athletics of the 10th Indian Ocean Islands Games, courtesy of Silly Gaylord in the 3000m steeplechase, while Sharry Dodin added another silver medal to the tally with a second place finish in the 200m race at the Germain Commarmond Stadium in Bambous, Mauritius.

Gaylord clocked 9 minutes 18.25 seconds (9:18.25) to win the gold, finishing ahead of Comorian Mohamed Miftahou who won the silver in 9:19.29. Richard Tahinjanahary of Madagascar finished third in 9:26.31 to take home the bronze medal.

After winning bronze medal in the same event on home soil in 2011 and in 2015 in Reunion, a very happy Gaylord said this was his time and was expecting to perform well since his preparations prior to the Games were good.

In the men’s 200m, Dodin clocked 22.09 seconds to finish second behind Mauritian track star Jonathan Bardottier who won the race and the gold medal in 21.78 seconds.

In the 400m race, Ned Azemia finished third in 48.47 seconds, behind second-placed and silver medal winner Mauritian Orwin Emilien who finished in 48.14 seconds. The race was won by Malagasy Franck Todisoa in 47.79 seconds.

The second bronze medal was won by Debra Dogley in the women’s 200m for the deaf (handisports).

Dogley finished third in 33.18 seconds to win the bronze medal, finishing behind Malagasy Nancy Andrianarindra who was second in 29.75 seconds. Shleysha Lokheeram was the race and gold medal winner in 29.48 seconds.

Andrew’s final result was 5.38m which was enough to give him his second bronze medal of the 10th Games, after winning his first medal on Monday in the men’s 100m where he finished third in 12.79 seconds.

Meanwhile in the men’s decathlon, Carlos Roucou is on the right track for a place on the medals podium after a brilliant performance on day one of the competition yesterday.

In the 100m race, Roucou clocked 11.73 seconds to finish first and earn 705 points, while in shot put he threw the object over a distance of 8.99m to finish third overall, earning him 425 points.

In the long jump, Roucou leaped a distance of 6.06m to finish fourth in the group for 606 points, while in high jump, the Seychellois athlete jumped 1.75m, finishing third with 585 points.

In the final event yesterday which was the 400m, Roucou clocked 53.97 seconds to finish first with 649 points.

The decathlon events will continue today and tomorrow. 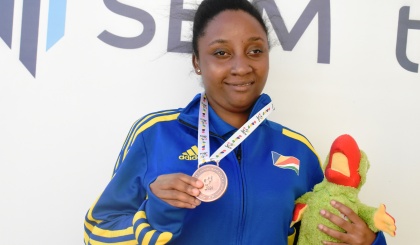 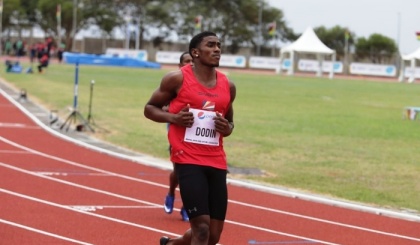 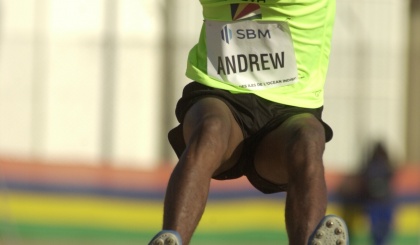 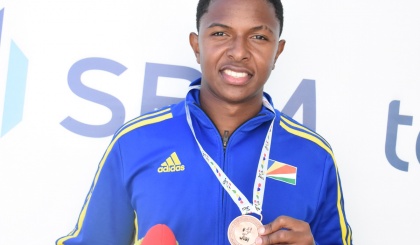