A building is going up annex to the Palais de Justice at Ile du Port to house a new court house with modern courtrooms and advanced technology to conduct piracy trials specifically in a more efficient manner.

The foundation stone for the new building was laid on Friday afternoon by the Chief Justice Fredrick Egonda-Ntende, British high commissioner (HC) Lindsay Skoll and the Defence Attaché to the Dutch embassy in Kenya Colonel Willem Verweij.

The ceremony was attended by the Minister for Foreign Affairs Jean-Paul Adam, the president of the Court of Appeal Francis McGregor, the Programme Officer of the United Nations Office on Drugs and Crime (UNODC) Shanaka Jayasekara, among other guest who included judges and lawyers.

The project is being funded by the British and Dutch governments as well as the Trust Fund to Support the Initiatives of States to Counter Piracy off Somalia set up by the UN.

The project also forms part of the ongoing support to the government of Seychelles in prosecuting pirates caught at sea and incarcerated here.

The international community has commended Seychelles’ leading role in the fight against piracy and now Seychelles’ capacity is getting another boost with this new facility which is expected to be operational during the first quarter of next year.

When there will be no piracy trials the court will be used by magistrates.

Chief Justice Egonda-Ntende thanked the United Kingdom and the Netherlands for supporting this project which  he stressed “will add to our capacity to fulfill our national and international obligations in the area of governance”.

“I wish to assure the governments and people of both Great Britain and the Netherlands that we value this assistance and intend to put it to good use once the civil works are completed and the building has been equipped,” said Chief Justice Egonda-Ntende.

He extended his heartfelt thanks to the UNODC for its consistent and continuing support to the judiciary of Seychelles “as we grow to meet our responsibilities”.

He said this further milestone demonstrates the joint efforts of our international partners and the government of Seychelles to ensure that the judiciary has the resources it needs to administer justice to all who find their way to our shores.

For her part HC Skoll said piracy in the western Indian Ocean has transformed the view that much of the world formally held of Seychelles.

“The beauty of the country has long been known worldwide. The country’s many human development successes have also been remarked upon around the globe. But the fight against piracy has shown Seychelles’ true capabilities to the world,” she added.

“This small country has shown astute, committed and sincere leadership on the issue, has not shied away from committing its resources to the fight and has demonstrated clearly its ability to galvanise opinion and make progress for the region,” Ms Skoll pointed out.

She noted that funding for this new building may come from the United Kingdom and the Netherlands, and built under UNODC auspices, but its existence will owe just as much to the tenacity and capability of those in Seychelles who have risen to this challenge.

“I commend the President and his ministers for their unflagging commitment to the fight against piracy in the western Indian Ocean. We understand that Seychelles must protect its vitally important tourism and fishing industries, and nurture its blue economy. But the forward thinking work done by Seychelles has shown its commitment to security across the region and towards the peace and prosperity of its regional neighbours,” Ms Skoll said. 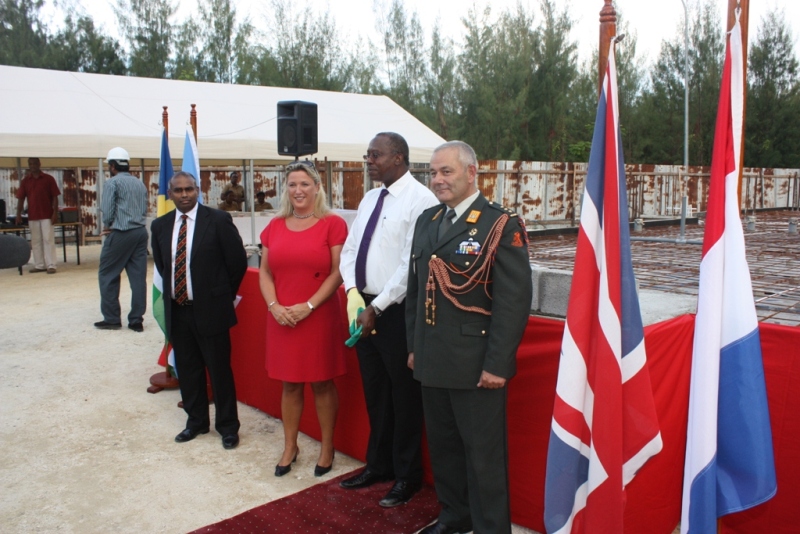 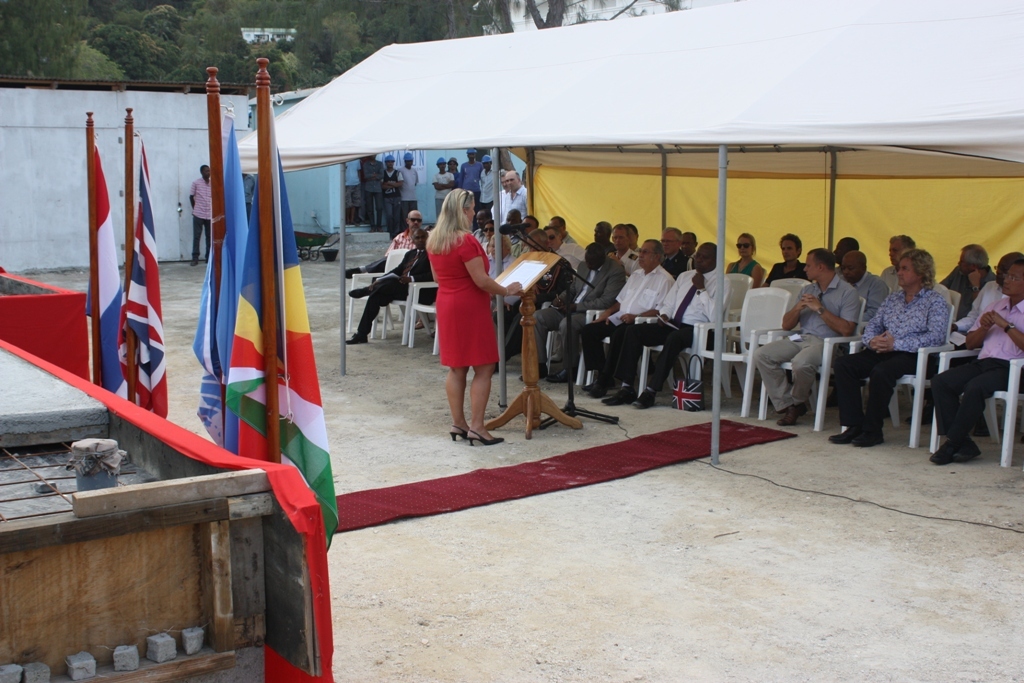