Seychelles’ founding President James R. Mancham has called for a return to the days when the policy of ‘right is might’ dictated the actions of leaders and government.
Seated next to the former President of the Soviet Union, President Mikhail Gorbachev at the closing of the seventh edition of the Earth Dialogues hosted by the Green Cross International at the Palais des Nations, Geneva, Switzerland, on Tuesday, Mr Mancham said that if we have a United Nations, all nations big and small must agree to play to the rules of the club -- and the objectives of the club must be to ensure that what is right prevails at all times.

"Sadly, today's situation reveals an increased prevalence of the ‘might is right’ approach,” Mr Mancham lamented.

He stated that in the climate of ‘might is right’ nation states compete in the armament industry and also we see huge defense budgets which absorb so much resources that could be utilised in the building of social infrastructure such as schools, reservoirs and power plants.

He also stated his conviction that it would be difficult to get a total ban on nuclear armament so long as the ‘might is right’ attitude prevails.
He called upon all nations and leaders to play to the tune "The world first and our nation second" and in this connection he called for the United Nations to issue a Human Contentment Report over and above the Human Development Report which the international body issues every year.

"It is not fair to promote the presumption that if you leave behind the simple life of the village you will find more contentment in an apartment on the 50th floor of a modern building in a developed city," he observed.
According to him, man thinks of himself as the most intelligent of all living things, yet, never before in man's recorded history has he put his own survival and that of the planet earth and the species that live in it, in so much danger.

"In reality man has, in his own mind and perception, isolated himself from the very nature which sustains him and has conducted his business without much consideration for it," Mr Mancham said.
Seychelles’ founding president called for the need for an alternative mode of thinking where universal values converge towards the recognition of peace of mind as a relevant factor in evaluating the quality of life of an individual. 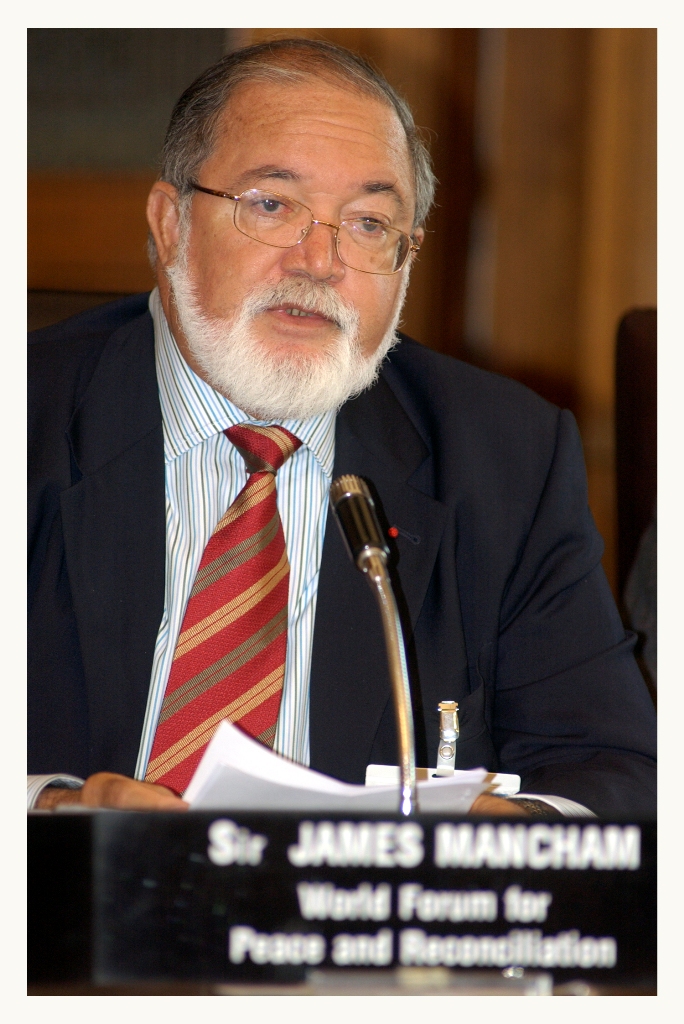 "A person may have a bed made of gold but if at the end of the day he is unable to sleep well because of anxieties then his quality of life is less than that of the man who sleeps on the floor but who sleeps soundly," Mr Mancham noted.
He said that the problem of "rising expectation" and the policy of "keeping up with the John's" can have grave consequences not only in the national but in the international context too.

Unfortunately he stressed that there is such advance in technology that the government of certain nations today have the ability and capacity of pursuing an active policy of "minds control" over their people "hence why so much confusion instead of clarity all at the expense of the transparency which should be a vital feature of a democratic society”.
He asked that if today we have to look at certain features of the most powerful, advanced and supposedly democratic society, the American society, which has so much influenced the global way of thinking over the last few decades, are we not perturbed by certain manifestations and national malaise? It's health care system, Guantanamo Bay, the gun lobby debate, a prevailing policy of disinformation and misinformation, the increased number of suicides and post war trauma and the desire to control the private lives of its citizen and these are certainly disturbing factors.

Perhaps this explains why so many Americans who have been successful in the cycle of amassing wealth finally wish to find a home on a distant island where they could live like a simple fisherman.

"Over and above these are those who, lacking in spirituality, make costly visits to India to be counseled by a Guru."

He said that the system of today breeds too many politicians of national stature and not enough leaders of "global statesmanship level”. The politician is interested in power, in the next election and in the benefits and privileges which power confers. The statesman is interested in the next generation and not in power at all costs. He is a visionary interested in the transformation of society and at the global level the emergence of a better and more equitable world.

He said that Nelson Mandela will leave an unforgettable legacy because of his statesman's leadership in promoting national reconciliation after the defeat of the evil system of apartheid.

Likewise President Mikhail Gorbachev will be forever remembered in promoting the Glasnost and Perestroika policies which fundamentally changed many aspects of thinking in the world.