A man of justice, wisdom passes away

Widely celebrated as a hero of the Seychelles justice system, Justice André Sauzier passed away on Monday May 12, aged 90 at his home at Anse 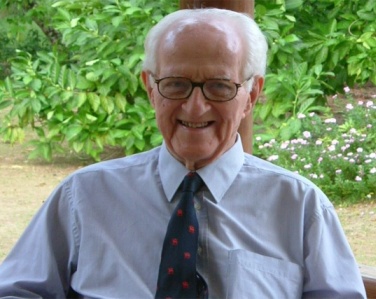 After completing his studies at the Mauritius Royal College, Mr Sauzier, aged 22 at the time, went on to read law in England from September 1946 to June 1949. He was called to the English bar in June 1949, after passing the examinations held by the Council of Legal Education of the Four Inns of Court.

Upon returning to Mauritius he was called to the Bar in October 1949 where he practiced law there until May 1950.

In June 1954 at the age of 30, Mr Sauzier became the acting Attorney General in Seychelles and was confirmed Attorney General on January 1, 1955 – a post he held for 15 years until April 1970.

He states in his curriculum vitae written in his own handwriting and dated November 26, 2002, that during his career as the Seychelles Attorney General he was actively engaged in court work as prosecuting counsel or as counsel for the government in civil cases.

“I was also advising the government as their principal legal advisor. My work entailed drafting legislation,” he said.

He then served as Justice of Seychelles Court of Appeal from April 1983 until his retirement in April 1987.

Justice Sauzier also formed part of the Overseas Civil Service of the UK and was very much engaged in several publications. In 1982, he wrote the Introduction to the law of Evidence in Seychelles as a reference for lawyers to that law and more recently he edited the Seychelles Court of Appeal reports covering the years 1978-1982, and 1983-1987.

He had since 1988 until his death, been practicing as a legal consultant.
Mauritian-born Justice Sauzier, who adopted Seychelles as his home, was appointed registrar of political parties and director of elections to determine the composition of the Seychelles Constitutional Commission. The elections were held in July 1992.

He remained in these roles for the first referendum for the adoption of a new Constitution of Seychelles in November 1992 before resigning in May 1993.
Seychellois Judge Bernadin Renaud, who worked alongside Justice Sauzier as chief electoral officer and took over as director of elections, had this to say about his former colleague:
“You have to be someone of principle and do your work fearlessly to be able to work with Mr Sauzier.”

“He showed me how not to be afraid to make decisions (…) What I have learned from him is that if you want to do something according to the law you must be fearless and you must do it without favour, without ill-will and proclaim your mind whatever the consequence. This is what I have learned and have kept from the qualities of Justice Sauzier,” added Judge Renaud.

Justice Sauzier’s son, Bernard, has described him as a “simple, humble man at heart and in action, someone who touched the lives of many in Seychelles”.

“From his residence near State House he always walked to and from work, even at lunchtime, until protocol required him to be chauffeured to the Supreme Court,” recalled Bernard.

“A great role model for his children and grandchildren in Mauritius, Australia and the United States of America, he will be sorely missed by his wife and us, though we know he is at peace,” he added.

Leader of the opposition in the National Assembly David Pierre said that Seychelles and the legal profession have lost a son and a great man of wisdom and maturity.

“Mr Sauzier was a man who not only devoted his lifetime towards administrating justice and peace but moreover, an intellect who brought along an invaluable contribution in assisting to navigate our beloved Seychelles back on track to multiparty democracy. As a debutant in politics in 1992, I personally grew to particularly admire and respect Mr Sauzier's calmness and yet at the same time, great sense of firmness, especially during his participation in the drafting of the Constitution of the Third Republic,” said Mr Pierre.