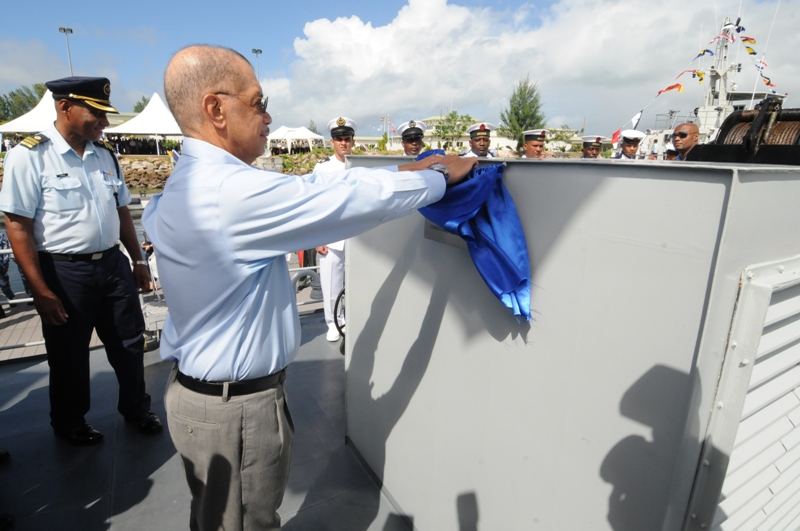 Major Fernand Laporte is the commanding officer of the new Type 62 Class gun boat donated by the People’s Republic of China to help boost the operational capabilities of Seychelles’ naval force.

With a maximum speed of 26 knots and cruising speed of 16 knots, Etoile was built by South China Repairs Shipyard in Guangzhou and has been designed for multipurpose missions including patrol, surveillance, anti-piracy, anti-illegal fishing, anti-terrorism, etc.

The keel was laid in March 2013 and the vessel was launched on October 24, 2013, while sea trials were conducted from December 26-28, 2013. Etoile is equipped with one 6.5-metre speed boat that can be automatically launched and hauled from the stern. The speed boat has a maximum speed of 30 knots. It also has GPS plotter, depth sounder and was transported to Seychelles onboard a Chinese cargo vessel on April 26, 2014. 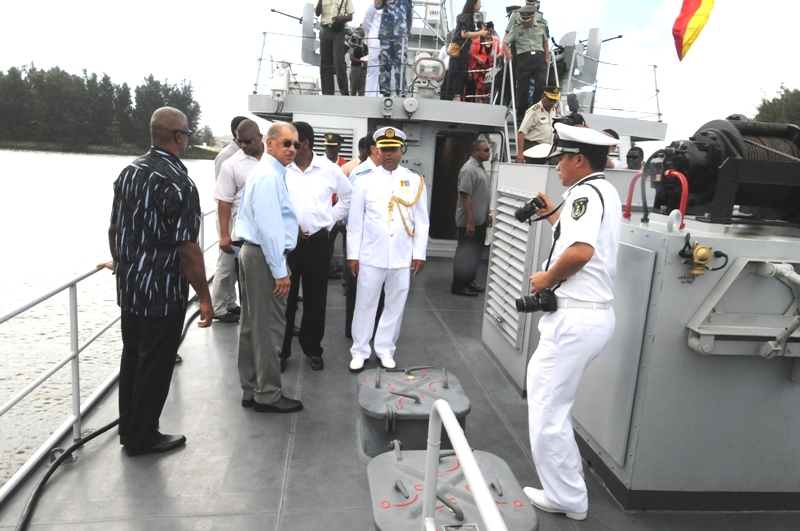 Speaking at the ceremony, Brigadier Payet described it as “another milestone in the history of the SPDF and the Seychelles Coast Guard in particular”.
Mr Payet said that with an exclusive economic zone of 1.3 million square kilometres, and limited resources available to the Seychelles Coast Guard, it has always been a challenge for the SPDF to effectively patrol and control such an extensive area.

“The donation of the patrol vessel by China will boost our capability to better protect our maritime resources, effectively assist our mariners in distress and provide the much required security for all those who ply our waters. Such state-of-the-art vessel designed according to our requirements comes at a crucial and opportune time where our coastguard is actively engaged in combating crimes at seas,” said Brigadier Payet, who noted that with the addition of Etoile the coast guard’s strength will increase.

The donation of the vessel came after President James Michel visited China in 2011 where he shared the concern Seychelles has in regard with patrolling and monitoring its vast exclusive economic zone.

Brigadier Payet noted that the event not only cemented the excellent relations between Seychelles and China, but is also a testimony of the results of the active diplomacy pursued by President Michel whom he thanked for his personal commitment and pledge of support to the professional development of the defence forces.
He also thanked the government of China, in particular President Xi Jinping, ambassador Shi and his staff and the 18 Chinese crew members who have trained their Seychellois counterparts on this boat.

When delivering his speech, Chinese ambassador Shi made reference to an old Chinese saying that goes like this: “the like-minded are willing to climb over mountains and sail across oceans, just to get together”.

He added that the long distance between Seychelles and China shall not obstruct our friendship and cooperation, noting that last year during Seychelles’ National Day we witnessed the official opening of the Palais de Justice and Anse Royale hospital.

Mr Shi described Etoile as “a boat with appropriate firepower and advanced equipment, a boat which embodies the friendship of Chinese to our Seychellois brothers”.

He noted that when Chinese Premier Li Keqiang visited Africa in May this year, he raised four principles to promote all-field cooperation between China and Seychelles, that is: we shall treat each other with full sincerity and as complete equals, we shall enhance solidarity and mutual trust, we shall also jointly pursue inclusive development, innovate on practical cooperation.

The ambassador added that to build a patrol boat thousand miles away and to ship it to Seychelles is not an easy thing and noted that he believes the arrival of this boat will further enhance Seychelles’ strength in fighting piracy, illegal fishing and drug trafficking, and safeguard Seychelles and the whole region.

Referring to another saying which goes: “We will achieve everything with joint hearts”, ambassador Shi added that as long as Seychelles and China treat each other equally and sincerely, as long as they stand firmly by each other and march forward, the friendship will rise to a higher level and there will be a bright future ahead.

After the lowering of the Chinese flag and the Chinese crew had marched off the boat, the Seychelles flag was raised and the country’s crew marched on board.
SPDF chaplain, Deacon Louis Agathine blessed the boat and those present had a tour on board before President Michel and ambassador Shi cut a cake and exchanged gifts. 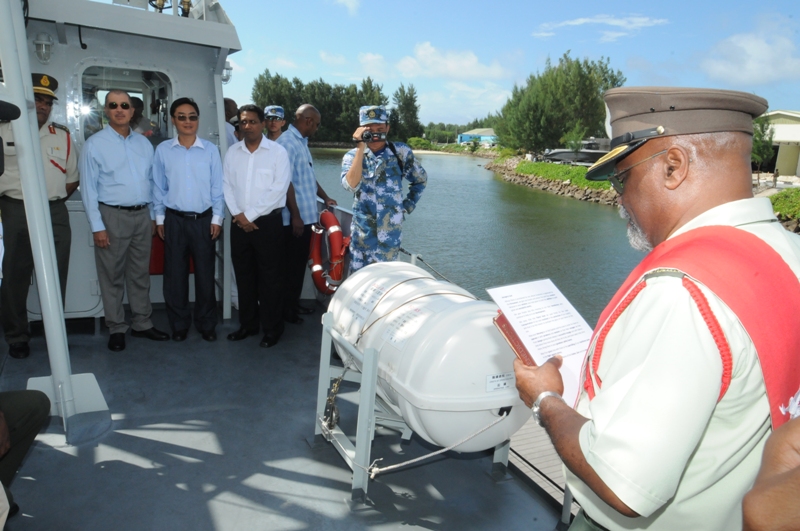 Etoile is the third patrol boat after Topaz and Andromache in the Seychelles Coast Guard fleet that measure more than 40 metres long. Both La Flèche and Vigilante are over 30 metres long. 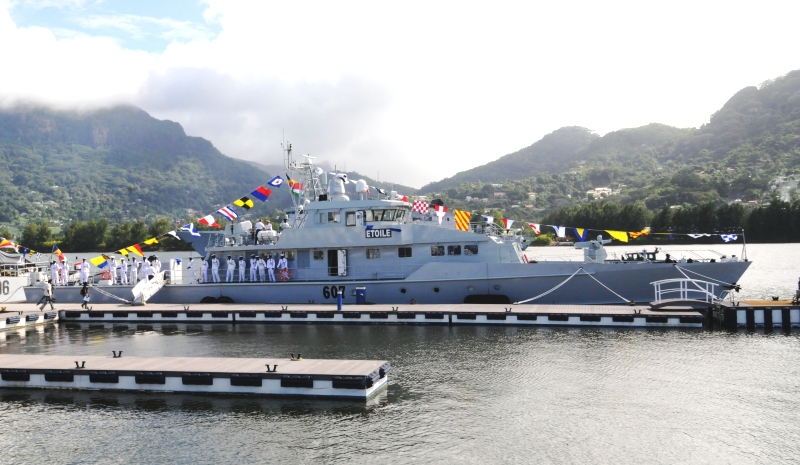