Mr Jensen was accompanied by Commander Thorbjørn Hein and the Third Secretary in the Ministry of Foreign Affairs Marco Larsen.

Speaking to the press after his meeting with Vice-President Faure, Mr Jensen said his visit is to maintain the cooperation in order to make sure that the waters in the region are safe.

“It is important to note that the development has come with changes but the changes are good. In 2010 and 2011, Seychelles was pretty hard hit whereby Seychelles was facing piracy attack mostly one every day. In 2012 it was down to one attack every week and now it is four to six attacks a year,” Mr Jensen noted.

Noting that Seychelles is the key stakeholder in counter piracy, Mr Jensen said Seychelles can prosecute those suspected of piracy where other nations have limited jurisdiction, meaning they can only take pirates that have attacked ships bearing their flags or owned by persons from their countries.

Mr Jensen, who will be leaving the country at the end of this month, thanked the government of Seychelles for taking a firm stance with regard to counter piracy. 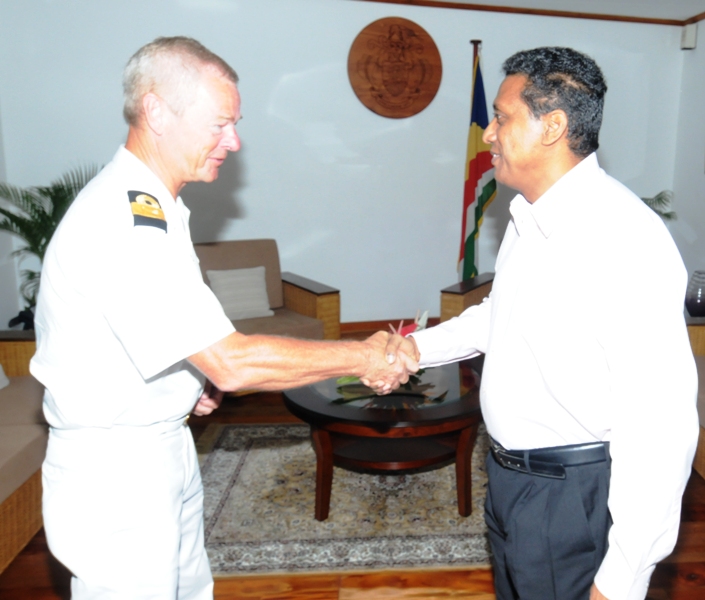