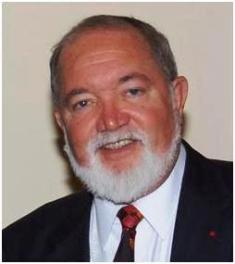 The office of former President James R. Mancham has announced that Sir James will be leaving Seychelles bound for Europe on a multiple trans-European mission.

In London the founding President will be a guest of the famous The Economist magazine which is organising the World Water Summit.

According to the organisers the world has woken up to the dangerous consequences of the looming water crisis. Demand is rising rapidly thanks to industrialisation, population growth, climate change and the planet’s growing need for food, yet nature has decreed that supply is fixed. With agriculture, homes, factories and offices consuming water in ever greater quantities, the United Nations secretary general Ban Ki-moon has warned that by 2030 nearly half the world’s population could face a scarcity of water, with demand outstripping supply by 40%.

Among those who will speak at the summit, which will be held at The Crystal in London, are Jian Eliasson, deputy secretary general of the UN; Vivian Balakrishnan, Minister for the Environment and Water Resources of Singapore; Alan Clarke, chief executive officer SABMiller; Herbert Oberhansli, Vice-President, Economics and International Relations Nestle; Brian Arbogast, director of water, Sanitation and Hygiene Programme, Bill and Melinda Gates Foundation; and Barbara Frost, chief executive officer Water Aid.

“We in Seychelles are fully aware of the growing question mark with respect to solving our water problems, particularly during the periods of drought. As water plays a crucial role in all segments of nature, society and the economy, access to water will remain a fundamental issue for years to come. I am proud to have been invited to participate in this historic gathering,” Mr Mancham said.

From London, the former President will be going to Berlin to take part in the annual conference on cultural diplomacy 2014 which is being held this year under the theme of ‘A World Without Walls’ and sub-titled ‘Opportunities for peace building in a time of global insecurity’.
Sir James is among those invited to deliver a keynote address at this summit.

Following this visit, the former President will head for Belgrade, Serbia for discussions with the secretary general of the ECPD (European Council for Peace Development) to finalise plans for the launching of a Serbian edition of his recent book ‘SEYCHELLES: The saga of a small nation navigating through the cross-currents of a big world’.

“Some parts of the book will have to lay more emphasis on what has been going on or what is going on in the Balkans today,” Mr Mancham said.

Finally Sir James will proceed to Florence, Italy to take part in a policy dialogue organised by Le Club de Madrid in association with Robert F. Kennedy Centre for Justice and Human Rights. The conference will facilitate discussions on the state and the future of democracy which will constitute the backbone for the project entitled ‘Next Generation Democracy’ which Le Club de Madrid is working on.

Le Club de Madrid is an association whose membership consists of 92 leaders, former heads of State and prime ministers of the world who came to office through democratic elections.