‘No excuse for violence against women’ 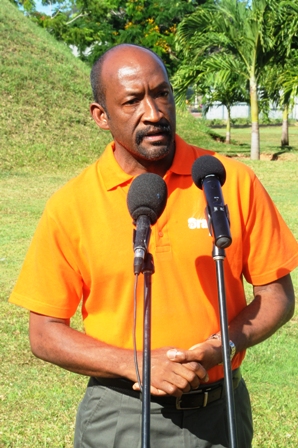 The Minister for Social Affairs, Community Development and Sports Vincent Meriton has strongly condemned the attack which took the life of Damienne Morel, a 49-year-old woman of La Retraite in the early hours of yesterday morning (see separate story in Creole on page 3).

Minister Meriton condemned the attack while speaking during the launch of the Orange Day campaign yesterday which marks the start of the 16 Days of Activism Against gender-based violence.

The launch took place at the Peace Park at La Promenade.
Schoolchildren and different partners concerned with the protection of women and girls as well as representatives of different churches and religious denominations had gathered for the event dressed in orange T shirts.

“We should love our women, wives and partners and treat them with all the respect they deserve. We should let the Orange Day last throughout the year and let it permeate our society, communities and work places.

“Our women are the pillars of our families and society and they are at the forefront in various fields and they stand up for our men. As we roll out the campaign against gender violence this year let us appreciate them and give them the love and respect they deserve,” said Minister Meriton.

Minister Meriton said while Seychelles is proud of all its achievements in terms of women empowerment in various fields we are really ashamed that women are still being abused and are suffering violence in their homes.

“I strongly condemn the brutal death of Ms Damienne Morel which happened on the day itself that we join the world to mark no violence against women.
“We are really ashamed of the heinous crime committed in the early hours of today (Tuesday morning) when Ms Damienne morel lost her life. We will recall that it was during the 16 days of Activism Against Gender violence last year that we lost Ms Rita Alphonse,” Minister Meriton pointed out.

“What have they done to deserve such indignity? We should dedicate ourselves to eradicate violence in our society. Women do not deserve the lack of respect that is being displayed towards them,” he added.

British high commissioner Lindsay Skoll, an ardent gender activist who is giving a lot of support to the government in terms of gender mainstreaming in Seychelles, also added her voice to that of Minister Meriton condemning the killing of Ms Morel.

“She was killed in the very place that should have been her sanctuary. Our hearts and prayers go out to the entire family and community affected,” said Ms Skoll.

She pointed out that hard statistics show that around the world 35% of women and girls would experience some form of physical violence and sexual abuse in their lifetime and the real figure could even be higher.

“Domestic violence is real, it happens every day, every where including here in Seychelles and it must be stopped,” Ms Skoll said.

She noted that governments can come together, they can have political statements made and pledge actions during conferences but today we are talking about community-based action and closing down any immunity loopholes that might still exist for perpetrators of violence.

Ms Skoll said alcohol, drugs or stress should not be used as an excuse for violence against women.
During yesterday’s launch different partner representatives also expressed words of support and solidarity to women who suffer violence in their homes.

A series of activities and awareness programmes to take place during the 16 days have been sponsored by the British high commission and they include gender awareness sessions in schools, gender-based workshops, empowering women through business initiatives sessions, among others. 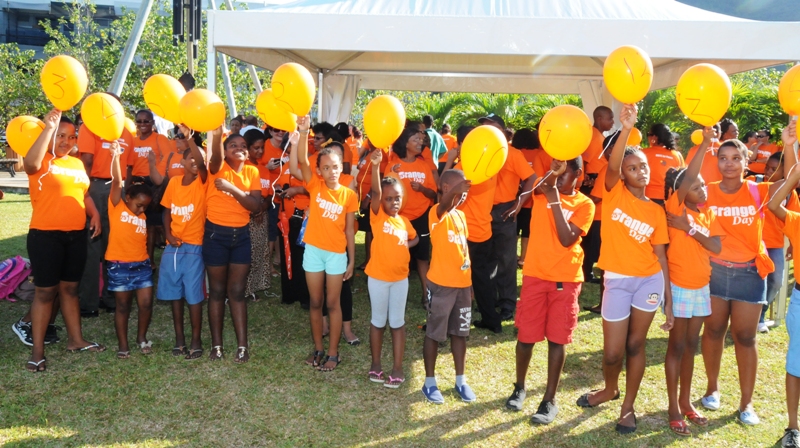