Seychelles’ media landscape under the microscope 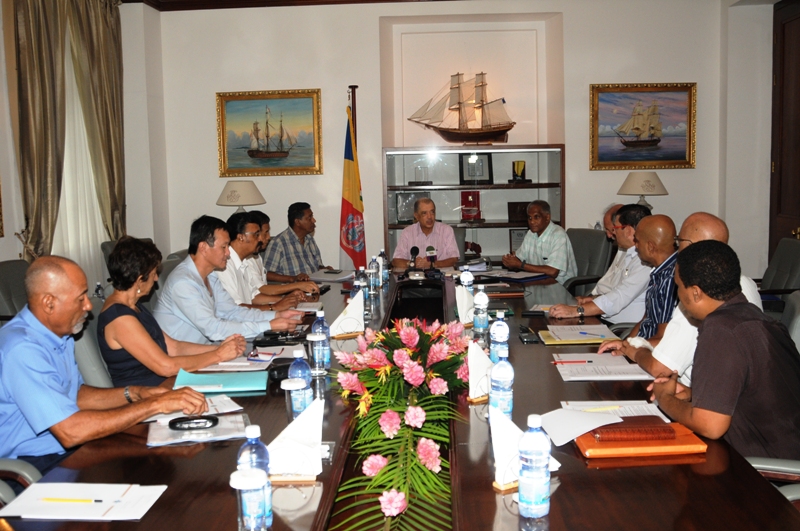 Considered the fourth pillar of democracy, the media is seen as the most powerful entity on earth as it plays an important role as an informative bridge between governing bodies and general public. A democracy without media is like a vehicle without wheels, critics say.

The media also plays a very important and impartial role between government activities and general public, so much so that it is said that the freedom of media is the guarantee of success of republic government.

This is why the National Consultative Forum will debate the Seychelles media landscape in its sessions this year.
President James Michel welcomed the members to the first session for this year yesterday morning at the Salon Maritime, State House.

After welcoming the members, President Michel, who chairs the forum, said as agreed by the members, this year we will be looking at the media landscape in Seychelles.

In yesterday morning's meeting, the Seychelles Broadcasting Corporation made a presentation to the forum on its structure and functioning as an independent State broadcaster.

It updated the forum on its plans to introduce digital television broadcasting during the course of 2015 which would enable it to offer a broader range of programmes for its viewers. It also reported that in addition to its traditional radio and television audience, there was growing interest in its programmes available online.

The forum advised that the SBC consider undertaking a satisfaction survey of its services, including the number of listeners and viewers that it has for its various programmes.

Members of the forum felt that the SBC was providing a generally good service within the resource constraints under which it is operating.

The forum advised that the SBC should focus on improving the quality of its broadcasts, and ensuring that its reporting of current affairs is well-balanced and provides opportunities for diverse points of view to be heard.

Members advised that more journalists should be recruited and receive quality training to serve the nation's growing media industry.

In responding to members' concerns about the lack of depth and detail in some reporting, the SBC pointed out that it encountered great difficulties in obtaining timely information and interviews from many of the organisations contacted by its journalists.

The forum advised that government organisations should set the example by being more open to the press, especially now that press officers have been appointed to ease these tasks.

The forum also requested SBC to ensure that its transmissions reflect the balance of national languages, and that journalists and interviewees respect the proper use of each language.

The forum advised that SBC should provide better coverage of the arts and culture so that the work of local artists, actors, dancers and musicians could be better appreciated.

In other matters, forum members expressed concern regarding tourism yield despite the number of tourist arrivals having remained steady. The problem would be explored further in conjunction with a planned tourism carrying capacity study. The Forum noted the importance of safeguarding the natural environment of the country, and that well designed sustainable tourism developments could contribute to such preservation while raising revenue for conservation.

President Michel had earlier said that 2014 was a fruitful year for the forum as members discussed many issues of national importance.
“I would like to take this opportunity once again to thank members for their contributions to the education strategic plan which will give a lot of ideas to the Ministry of Education about how to move ahead with the necessary reforms. The ministry has already started working on these reforms,” said the President.
“I look forward to very valuable work in 2015,” said the President.

The President announced the creation of the forum in his National Day address on June 18 last year with the objective of enhancing the interface between the government and the civil society in key social, economic, political as well as other areas.

The forum is to serve as a body for high level discussions concerning issues which have no established outlet for discussion and which can impact on the future of Seychelles as a whole, not just during the next few years, but for generations to come.

It serves as an avant-garde think tank that crosses political boundaries, and that seeks to prepare Seychelles in the best way possible for the future.