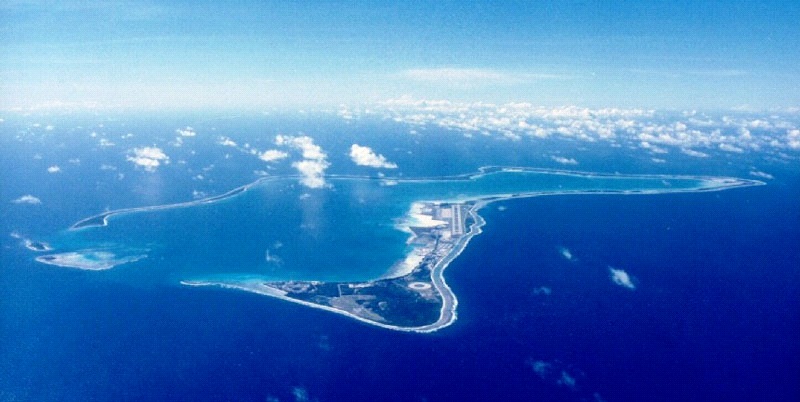 Seychelles' founding President Sir James R. Mancham, KBE has commented on the article which appeared in the UK newspaper The Guardian of August 5, 2015 entitled – ‘Chagos Island - Exiled Chagossians could be allowed to return home under limited resettlement’. The article qualified for a worldwide "Google Alert" story.

According to the article, a consultation paper recently issued by the British Foreign Office suggests a tourism industry pilot scheme for the so-called ‘British Indian Ocean Territory’ (BIOT) that would involved up to 1,500 islanders. The consultation paper says jobs could be available at the US facility on the island of Diego Garcia but no commercial flights would be permitted to land there.

Sir James said that he questions the continued reference of the inhabitants of BIOT as "Chagossians". Sir James who was the lawyer for three important Corporations (Philco-Ford of Palo Alto, California; Radio Corporation of Houston, Texas and Pan American of Cape Kennedy, Florida) when the US was building an airforce satellite tracking station on Mahé at the same time of the creation of the BIOT, said that the people working in the Chagos were national of Seychelles and Mauritius commonly referred to as "Creoles des Iles".

He said that while Mauritius enjoyed sovereignty over the islands through "an imperial decree", the Chagos was in fact privately-owned by a Seychelles national, Paul Moulinié, who had registered a company in Port Victoria ("Diego Algalega Development Corporation") to exploit the islands economic potential. It is this office which recruited the people who went to work in the Chagos from Seychelles and Mauritius.

Sir James said that he welcomes the news that the British government is becoming more and more mindful of the need to put an end to the plight of those people who were forcefully exiled following the establishment of the US base in Diego Garcia.

“It is of course better late than never,” Sir James said.

Sir James is of the opinion that the Seychelles government should promptly engage the British government in offering all possible assistance and encouragment to the development of acceptable tourism in some parts of the archipelago that would partly compensate the exiled islanders for the abuse of their human rights over several decades.

Seychelles, he said, have over recent years acquired considerable experience in the development of tourism and could also be a source for identifying private financing of suitable tourism projects.

If no commercial plane would be allowed to land in Diego Garcia, then the international visitors would have to fly to Seychelles from where they could avail of a cruiseship to take them to the Chagos. In this respect, Seychelles has an advantage over Mauritius because it is outside the cyclonic belt.

“After all, when the British government created BIOT, the governance of this so-called 'new territory' was vested as part of the responsibility of the British Governor of Seychelles who at that time stationed a special ship, "The Norvear", to specially service the archipelago from Port Victoria,” Sir James said.

Sir James believes that the time has come for the Republic of Mauritius, the Republic of Seychelles and the so-called “Chagossians” to engage the British government in a ‘win-win’ situation for all parties concerned having regards to what is perceived as achievable under current global geo-political reality.

“All delay in arriving at an acceptable agreement is bound to be at the expense of the ageing islanders and their family,” Mr Mancham stressed.