Seychelles gears up to take over chairmanship 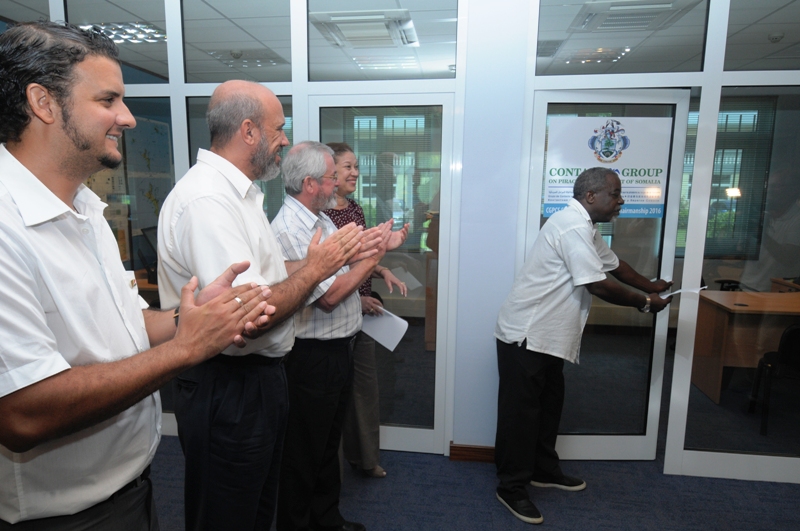 Seychelles is gearing up to take over the chairmanship of the Contact Group on Piracy off the coast of Somalia (CGPCS) from the European Union as from January 1 next year.

As part of this preparation, the CGPCS secretariat was officially opened yesterday at the Reflecs premises on Bois de Rose Avenue.

The opening of the secretariat is a major step towards Seychelles leading the way in the Indian Ocean region with regard to the fight against piracy.

The secretariat will be headed by Raymond St Ange, with Jacques Belle as the deputy head and Renette Nicette as the senior counsellor and who will be permanently based at the Reflecs.

The office was officially opened by Albert Napier representing the Seafarers and Transport Association and Apostolat de la Mer.

“The CGPCS is one of the most important international contact groups which brings together a total of more than 80 member states/nations/private stakeholders from across the globe who are all involved in the fight against maritime threats in particular piracy. The CGPCS’ ultimate goal is to eradicate piracy and although attacks and incidents have declined in the region, the threat of piracy is still there and will always be there so long as anarchy and political instability persists in Somalia. Therefore, assuming this chairmanship is an honour for our little country, it is indeed a recognition by the international community of the tremendous efforts we have put together in combating piracy since its outbreak in 2009.  It is a matter of national and regional interest and so making our chairmanship a success will require government wide coordination, consultation and cooperation at all level,” noted Mr Belle.

The Seychelles chairmanship for 2016 will be first of all a Regional Agenda. It will aim to give a stronger voice to the region; to turn our region into a “Zone of Peace and Opportunity”; to develop further the Blue Economy, so as to provide prosperity for the region and to consolidate the achievements and works already done by our predecessors (i.e. USA and the EU) so as to create a long lasting legacy for the Indian Ocean Region.

“We received two manuals from our EU partners to guide us in all the work done in the past and how we should proceed in the future. Seychelles should not be looked at as only a small island, we are very powerful in the fight against piracy,” explained Mr St Ange.

The secretariat already started the work and among its main activities of event will be the incoming Strategy Meeting scheduled in New Delhi, January 28-29, 2016 which aims at discussing with all strategic partners the nature of Seychelles’ future engagements, in particular the preparation of its plenary session to be held here in the first week of July.