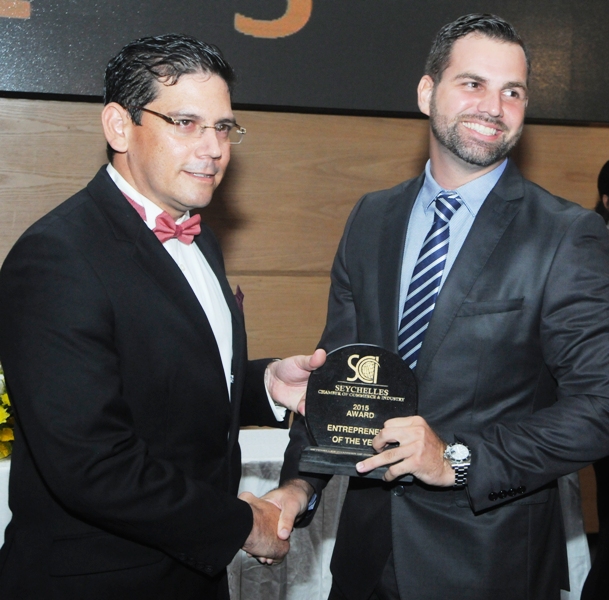 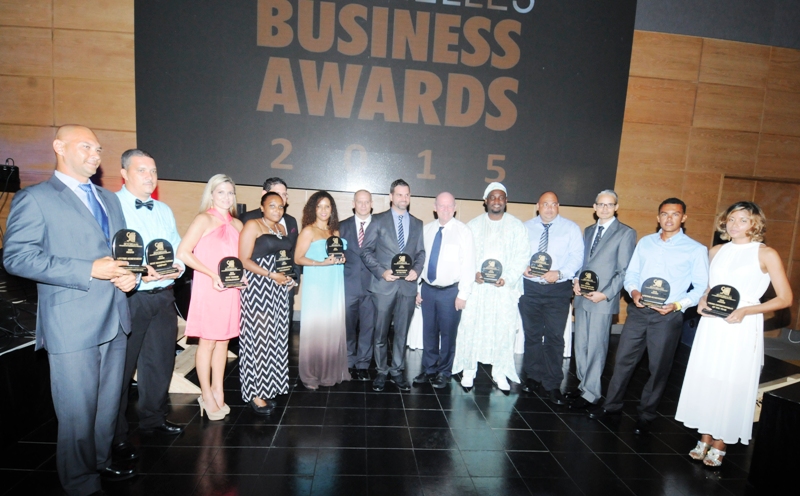 Gregory Albert, head of the United Concrete Products Seychelles (UCPS), is the best entrepreneur and businessman of the year.

Mr Albert received his award during the annual Business Awards Ceremony and Gala Ball 2015 on Saturday at the Eden Bleu Hotel, Eden Island organised by the Seychelles Chamber of Commerce and Industries (SCCI).

There were five recipients of the life achievement awards and they were Luc Grandcourt of Praslin, Gregoire Payet of La Digue, Gerard Rose of Baie Ste Anne (Praslin), Micheline Georges of Jardin du Roi at Anse Royale and Souhah Oliaji of the Oliaji group.

“I am very honoured and did not expect. It is true that since 2013 I continued and persevere. Life is not an easy journey but a trophy of this caliber I believe is a reminder that it is possible for every Seychellois to continue striving for a future in the Seychelles business. There are a lot of opportunities, just continue pushing forwards,” Mr Albert remarked after receiving his prize.
He also cautioned that some business will or will not work but overall one should keep persevering.

“For me this is a sign that someone somewhere is appreciative of all the hard work I have done. Even if I finish work very late at night, family waiting for you at home, for them also this will show that their sacrifices have been recognised,” said Mr Albert.

He remarked that even Prince Charles was talking about it at the Commonwealth forum where he even praised Seychelles for that vision and for the launch of the blue bonds.

For his part Minister Adam said the event is a recognition of the achievements of Seychellois entrepreneurs and the contributions they make to the Seychelles economy.

Speaking on the moratorium imposed on construction of big hotels, he said the government has done that to leave some space for Seychellois entrepreneurs who are interested in doing business in the tourism sector.

Live musical entertainment for the evening was provided by the Breeze band, Sri Lankan singer Anna Anderson and Emmanuel Marie.