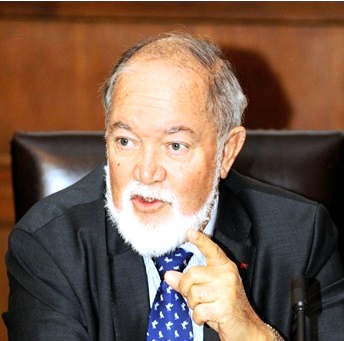 I have just returned to Seychelles after an absence of ten days spent mostly in Belgrade, Serbia where I also found a lot of time for thoughts and reflections. Before I left the country I had written an opinion piece converging on my conviction that perhaps it is timely for me to consider the creation and promotion of a centre for world peace that will also focus on promoting national reconciliation in our country.

If Seychelles can be the centre of the Vanilla Islands tourism concept, if we can be the centre of the Blue Economy philosophy, why not also offer ourselves as a centre for peace and national reconciliation studies? As a matter of fact we have already been involved in the national reconciliation process when President James Alix Michel and President Jacob Zuma of South Africa hosted the feuding leaders of Madagascar on the island of Desroches in an endeavour to promote Malagasy unity and reconciliation in the large island. As for national reconciliation in Seychelles there is no doubt that this subject must be taken very seriously and very significantly if we are to discover our fraternity, our conviviality, our joie de vivre and protect our national interest.

At this moment in time I note that the controversial presidential election issue is being Constitutionally dealt with, with the Supreme Court of Seychelles having accepted to adjudicate and pronounce over the contentions. Whatever the outcome of the case there’s no doubt that the need for national reconciliation would remain outstanding.

The centre I wish to promote in the interest of a better world order is certainly an idea whose time has come and nothing makes this more obvious than the presidential campaign which is ongoing today in the most powerful nation of the world – the United States of America. One has just to analyse President Barack Obama’s recent State of the Union address to realise that the US is at the moment deeply divided by vicious partisan politics.

“It is one of the few regrets of my presidency that the rancour and suspicion between the parties has gotten worse instead of better,” President Obama stated.

Without specifically making reference to the Republican contender Donald Trump, who has aggressively projected a policy of ‘might is right’ as opposed to Obama’s policy of ‘right is might’, President Obama rightly points to the damage that Trump’s policy is actually causing to the US national image internationally.

In every democratic society, one can expect any crank or extremist to have the right to their views but what is deeply disturbing about the situation in the US today is that Trump is able to attract the support of such a large number of the Republican community.

“When politicians insult Muslims, when a mosque is vandalised or a kid is bullied, that doesn’t make us safer. That’s not telling it like it is. It’s just wrong. It diminishes us in the eyes of the world. It makes it harder to achieve our goals and it betrays who we are as a country,” a tearful Obama told the US Congress.

Listening to Obama and fully supporting his honest speaking, I remembered the book I had published in London in December 1991 under the title ‘Adages of an Exile’. One of these adages reads: “Trump Tower in New York is a magnificent symbol of man’s achievement – but the green creepers which have been planted to adorn its tall wall remain a perpetual reminder of nature’s greater force and of God’s overriding power.”