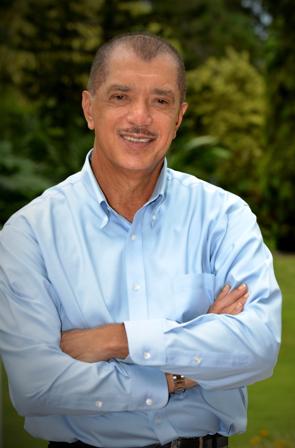 President James Alix Michel has announced his intention to resign from his post on October 16, 2016. He made the announcement during a national televised address on Seychelles Broadcasting. Corporation’s 8pm Creole bulletin yesterday evening.

On the same date next month Vice-President Danny Faure will be sworn in as the new President of the Republic of Seychelles and serve the remaining four years left on Mr Michel’s mandate. This is in line with Article 55(1) of the Constitution of Seychelles.

President Michel thanked the people of Seychelles for their support and for the work they accomplished together in the development of the country.

“Many decisions were made this year. One of the decisions was the amendment to the Constitution to limit the terms of the President to two mandates. And tonight I am announcing my decision to resign from the post of President of the Republic,” President Michel said in the broadcast.

“I am leaving power, but I am not abandoning you. For me, power is not an aim in itself but a means to do good. To do good for our people. Together we did it, as much as the means and circumstances permitted us. The interest of the nation comes first… I am leaving the Office of the President with a sense of mission accomplished. During these 12 years that you gave me the honour and privilege to lead our nation, I have completed my responsibility and my duty,” added Mr Michel.

It was in April this year, after his re-election in December, that the National Assembly unanimously approved the constitutional amendment to limit the presidential and vice-presidential terms to two five-year mandates, down from three five-year terms.

According to the Constitution, the President may, by writing addressed to the Speaker of the National Assembly, resign from the Office of the President.

His letter will be sent to the Speaker today.

“After 12 years as President, the time has come to hand over the reins of power to a new leader.  A new leader who will take Seychelles to the next frontier of its development. To face and overcome the challenges of this century, without abandoning our principles,” said President Michel.

The President asked the people of Seychelles to give Mr Faure and his team the same support that they had given him in the last 12 years.

“I will always thank you, people of Seychelles, for your support. Thank you for your trust in me…At the end of the day, there is nothing more important, more honorable, more noble, than national unity. Let us make national unity our priority. National unity will guide us in our action and illuminate the future of our country,” added Mr Michel who first took office in 2004 when he succeeded France Albert Rene, who had been in power for 27 years, handed over the presidency to him as President.

He was serving his third and final mandate after winning a December 2015 presidential run-off winning 50.15 percent of the total votes cast.