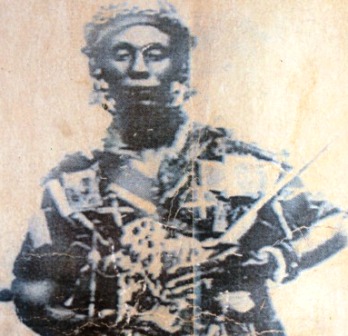 A special memorial ceremony was organised yesterday to mark the 95th anniversary of the passing of the legendary African warrior Queen Mother Nana Yaa Asantewaa in Seychelles on October 17, 1921.

The memorial ceremony was organised by the Office of the Reincarnation Successor Queen Yaa Asantewaa Ababio II of the Tano Yaw (UNESCO) world heritage shrine of Ghana; sponsored by Ethiopian Airlines, in collaboration with the Seychelles ministry responsible for culture along with the National Archives.

The ceremony was conducted by the Reincarnation and Spiritual Successor of Queen Yaa Asantewaa I and took place at the National History Museum to officially pay tribute to Ghana’s Queen Mother and fearless African warrior Yaa Asantewaa.

As Queen Mother, Yaa Asantewaa was highly respected and yielded power within circles traditionally dominated by men in her country. At the close of the Asante Civil War, which took place between 1883-1888, a council of elders met to plan their attack on British colonialists who’d captured the Asante king.

Seeing that many men were scared to carry out the plan, Asantewaa, one of the few women in attendance, denounced the men’s lack of courage and called for the women to rise up.

Her powerful words challenged the men to fight under her leadership in the historic War of the Golden Stool, the last major war led by an African woman.

Yaa Asantewaa is said to have been born in 1840 and died in 1921. She was a successful farmer and mother, an intellectual, a politician, human right activist, Queen and a leader.

Yaa Asantewaa became famous for leading the Ashanti rebellion against British colonialism to defend the Golden stool. She promoted women emancipation as well as gender equality. She was the sister of the Ruler of Ejisu (Ejisuhene) Nana Akwasi Afrane Okpase, an ethnic group in present day Ghana.

Yaa Asantewaa led the famous war known as the War of the Golden Stool in 1900 against the British. She was captured and sent on exile to Seychelles where she died on October 17, 1921.

To date Yaa Asantewaa is honored in Africa as one of the greatest African women. Her body was later returned to Ghana were she was given a befitting burial. She is honoured with a school named after her, ‘Yaa Asantewaa Girl’s Secondary School’. In a worldwide competition organised by the BBC Focus on Africa Programme at the end of 1999 to select the African Personality of the Millennium, Yaa Asantewaa was placed 20th out of one hundred nominees.

Queen Mother Saa Pog'Naa Yaa Asantewaa Ababio II stated that such powerful women should be known around the world for her heroic life, of always fighting for what is right.

“On that day, the Warrior Queen Yaa Asantewaa from Ghana passed away; she was exiled in Seychelles in Seychelles in 1901, and arrived in Seychelles on June 22 that year. We have come here to honour her memories, and remember her passing. Since her death no one has come to remember her legacy, however they have taken her remains back to Ghana and she is remembered in Ghana. When she died she became a Saint, in our tradition in Ghana we must do prayers to honour her death. She suffered for a nation against the British,” she said.

Today the story of Queen Mother Yaa Asantewaa’s courage and leadership is taught throughout primary schools in Ghana as an inspiration to young girls. 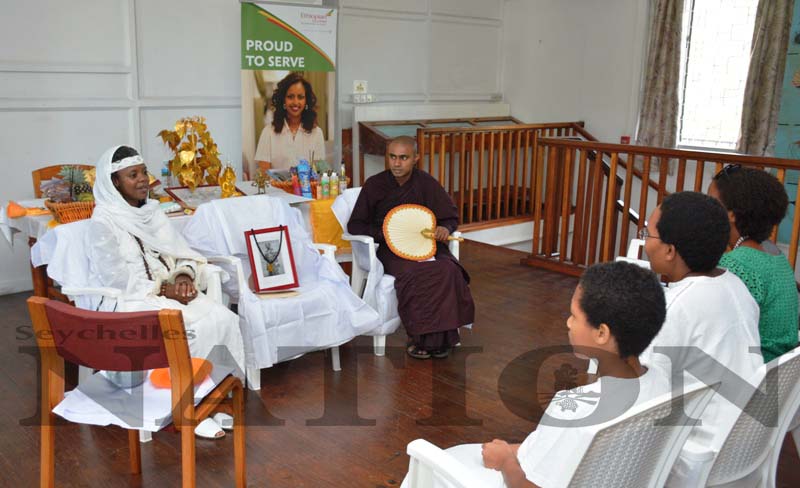