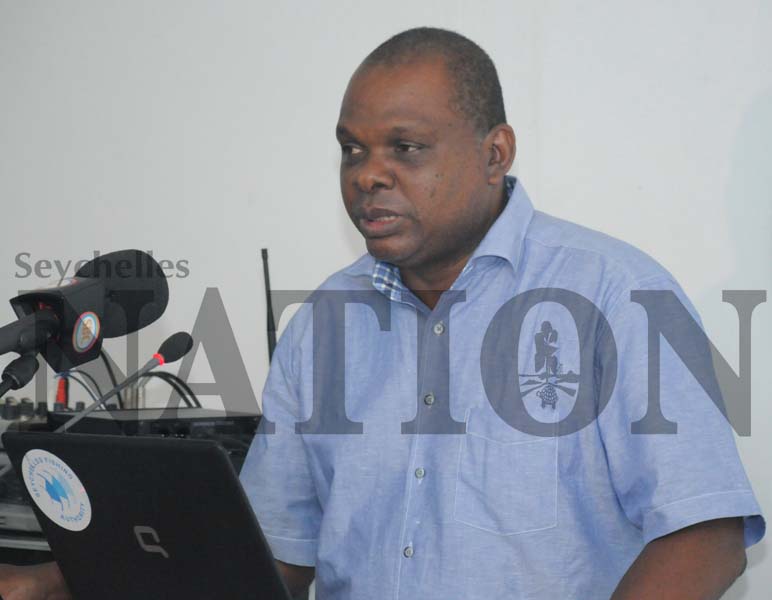 A Seychelles delegation and stakeholders met last week to prepare for the 22nd Conference of Parties (COP 22) which will be held in Bab Ighli, Marrakesh, Morocco from November 7-18, 2016.

The preparatory forum, dubbed PreCop 22, was organised by the Ministry of Environment, Energy and Climate Change and was attended by Minister Didier Dogley, high government officials and other stakeholders.

Seychelles will have a 10-man delegation led by President Danny Faure that will attend  the United Nations Framework Convention on Climate Change (UNFCCC) COP 22 and the twelfth session of the Conference of the Parties (CMP 12) serving as the meeting of the parties to the Kyoto Protocol.

To gain maximum benefits from the conference and for a better deliberation, the main objectives of the forum held last week were to present the Seychelles climate change position vis-à-vis the conference and to hear any proposals from stakeholders which they may wish to include in the Sids Agenda which will be beneficial to Seychelles as a Sids and the Alliance of Small Islands States (Aosis) negotiating group.

There were various presentations during the forum such as 100% renewable for Seychelles by Theodore Marguerite, update on Seychelles Maritime Spatial Planning initiative by Helena Sims, update on UNEP EBA project by Benjamin Vel and Jude Bijoux, latest science findings on climate change by Vincent Amelie, the benefits for Seychelles from COP22/CMP12/CMA1 by principal secretary Wills Agricole and technology development and transfer by George Uzice.

“The UNFCC Marrakesh conference has been dubbed the action conference which means that emphasis will be placed on the implementation of the Paris agreement,” he said.

He stated that 82 state parties of the UNFCCC have already signed or ratified the Paris Agreement, which means that it will come into force on November 4 or three days before the conference begins.

“The focus will be on the implementation of the Nationally Determined Contributions (NDCs). With a clear roadmap on the shift towards a 100% renewable Seychelles and several key renewable and energy efficiency projects in the pipeline Seychelles is well on its way towards implementing its NDC,” he said.

He added that there will soon be the implementation of the waste management plan that will greatly reduce the amount of green house gases we emit from that sector.

“In Marrakesh, we will seek other Sids support to advocate for the Green Climate Fund to finance the gap between the costs of producing renewable energy and that of energy produced from fossil fuel, during periods when fuel price on the world market is low,” he said.

Following the presentations a panel discussion was chaired by PS Agricole.