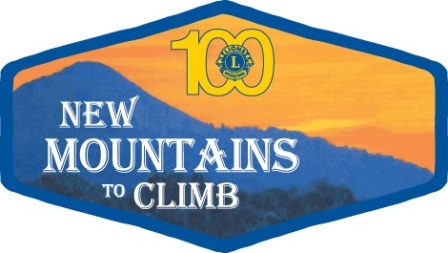 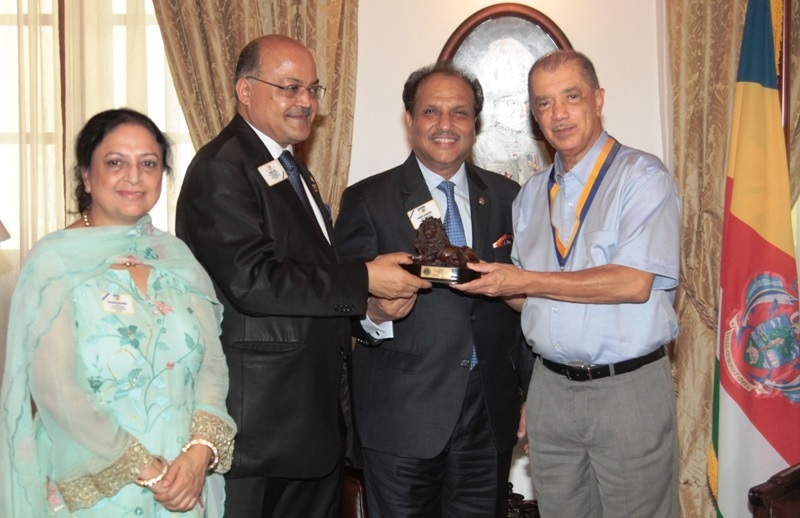 Seychelles, pride of the African region, is a vibrant nation and under the leadership of President Danny Faure, the visionary of modern Seychelles, is a shining example of people-centered growth and development. The achievements of the Nation have been greatly applauded by many countries and organisations globally, including Lions International.

The mission of Lions during 2016  is – ‘New Mountains to Climb’. Reaching the top of a mountain is not the end of a journey; it’s the beginning of another. A new opportunity.

It complements our earlier slogan – that wherever there is a need, there is a Lion. One of the greatest achievements of the Lions family of Seychelles is completing sight screening for all school-going children, numbering over 18,000, during the past 12 months. Over 1,800 corrective spectacles were donated to children with sight-defects free-of-costs, through the support of Lions International, Agarwal’s Eye Clinic and the Ministry of Education.

Lions Club of Seychelles, in line with protecting vision, is also actively involved in organising cataract-surgery camps on a twice-a-year basis, and has helped clear a list of over 300 patients awaiting cataract surgery in the past one year. This has been possible through visiting surgeons from Lions Sight First Eye Hospital, Kenya, and the support of Lions International and the Ministry of Health of Seychelles.

Blood is a most valuable resource and the club has been active in recruiting volunteers from within the club and from various organisations locally to give blood and save lives at the Seychelles Hospital – Islands Development Company, Shreeji Construction, Pillay R Group, the Police Department, Red Cross, etc. Over 210 packets of blood have been collected in the last two years through these camps. During 2016 Lions Club of Seychelles organised a blood donation camp, followed by another by Centennial Women’s Lions Club.

Lions Quest Programme is an award-winning social education programme that helps teach youth on how to avoid and handle the common social and personal difficulties of growing up, and Lions has conducted a workshop whereby over 40 teachers in Seychelles have been trained by international experts. This programme is bound to expand gradually to cover the entire teaching community and youth of Seychelles. Additionally, the Brahma Kumaris have also assisted with conducting positive-thinking sessions for the youth.

In partnership with the Ministry of Home Affairs, National Drugs Enforcement Agency, Island Development Company, and Ministry of Health, the Lions Club is helping with region-wide screening of drug addicts voluntarily interested in joining rehabilitation programme. This programme will give a second chance for them to integrate into and be productive members of society. First group was screened from Pointe Larue and a second session was organised in the Les Mamelles district – which was a great success.

Lions have also been serving the communities by constructing multiple bus shelters to protect the commuters against the elements of the weather – eight are completed, the most recent being at Ile Perseverance through Shreeji Construction and Laxmi Trading. Many more are being planned through both local and international sponsors.

The Club has been involved in health education by assisting the Health of Our Nation movement with setting up billboards at the central bus stand, through sponsorship of Pillay R Group.

Seychelles Lions has also assisted internationally, with annual donations to help feed hungry children in Africa and emergency relief funds after the recent tragic earthquake in Nepal. We are also building partnerships with Clubs in England and France to further the Lions’ cause and serve our community, with donations coming from them to assist us.

Tourism is the main pillar of the Seychelles economy and Lions has also stepped into promoting Seychelles as the destination of choice internationally, in partnership with the Seychelles Tourism Board and Eden Bleu Hotel.

Airtel Seychelles is supporting a planned programme for screening people aged over 40 for early kidney disease and its risk factors – particularly in view of increasing incidence of dialysis in Seychelles.

Cable and Wireless Seychelles is sponsoring the introduction of a nation-wide vaccination programme for newborns against rotavirus diarrhoeal disease, through Lions Club of Seychelles.

The Club has been involved in many projects in the past – including providing equipment for neonatal hearing screening supported by the Seychelles Civil Aviation Authority, Jaipur-foot prostheses for amputees, internet cafés for youth supported by Jj Spirit Foundation, screening for persistent organic pollutants and training of customs staff with the funding of UNDP-GEF-SGP.

The extensive and active involvement of Lions Club of Seychelles has attracted the top Lions international dignitaries, including the President-elect of Lions International Naresh Aggarwal, to come to Seychelles and appreciate our work. In return our country has benefited greatly from their support, both logistically and financially.

Most heartening news is the first ever visit to Seychelles by Lion International President 2016-17 – Bob Corlew –  on December 7 and 8, along with wife Dianne and a delegation.

Chancellor Bob Corlew, from Milton, Tennessee, USA, was elected to serve as president of Lions Clubs International at the association’s 99th International Convention held in Fukuoka, Japan from June 24 through 28, 2016. President Corlew is retired as chancellor for the State of Tennessee and a professor of law. A member of the Murfreesboro Noon Lions Club since 1978, he has held many offices within the association, including charter club president, zone chairperson, district governor, cabinet secretary and council chairperson. He has been instrumental in the chartering of a number of new clubs.

Most recently, he worked to charter a new club comprising lawyers and judges, which gained more than 75 members during its first year. In recognition of his service to the association, he has received numerous awards, including the Leadership Award, the Builder Key Award, three International President's Awards and the Ambassador of Good Will Award, the highest honour the association bestows upon its members. He is also a Vanguard of the Melvin Jones Memorial, a Progressive Lindsey-Jennings Fellow and a Progressive Melvin Jones Fellow.

Lions Club of Seychelles received awards during the annual Lions International convention this year in Japan, and has been seen as a role model for other clubs overseas.

Latest attraction during 2016 has been visits to elderly homes, organising sponsored walks to raise funds for diabetic cause, donation of funds for cancer patients, etc. by the Centennial Women’s Lions Club.

With volunteerism at heart, the Club will continue to serve the people with the support of philanthropic individuals, organisations, and the government of Seychelles – please help us to help you in return.

The accompanying pictures depict highlights of activities by the Lions Club in Seychelles. 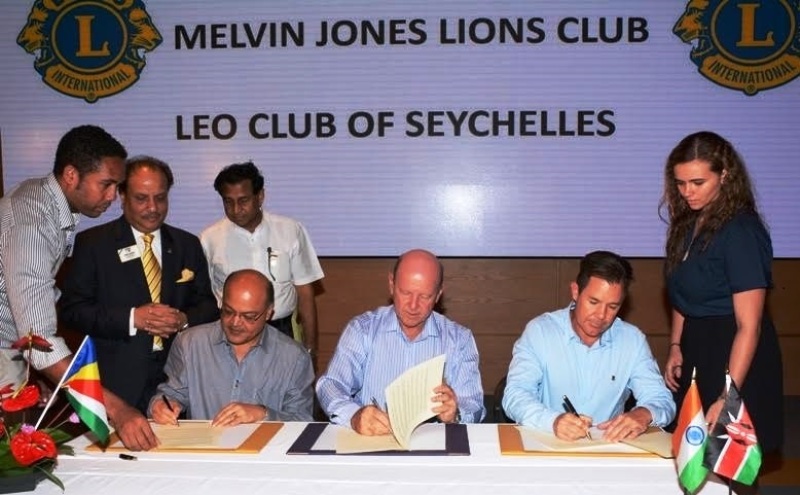 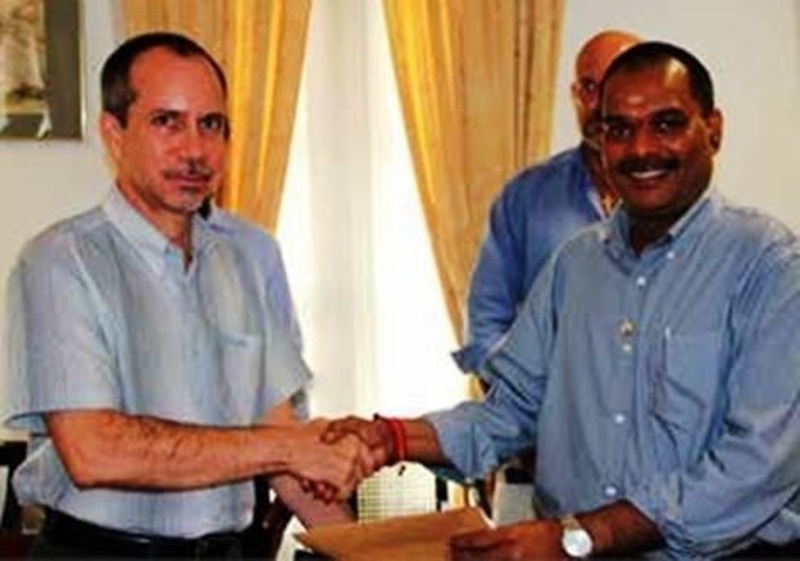 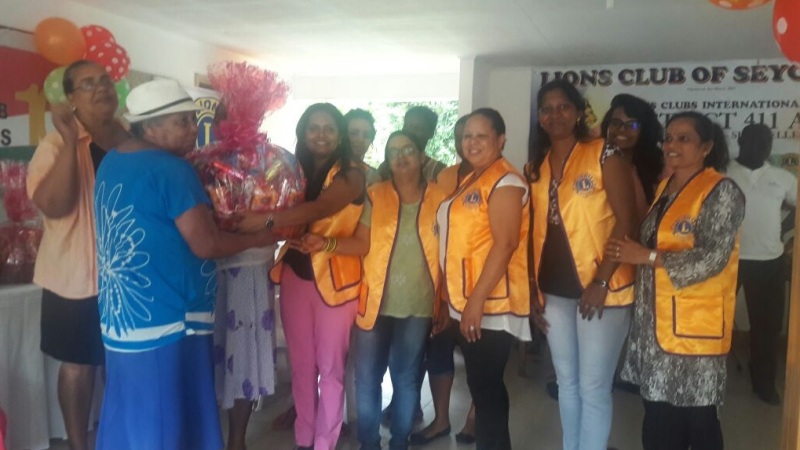 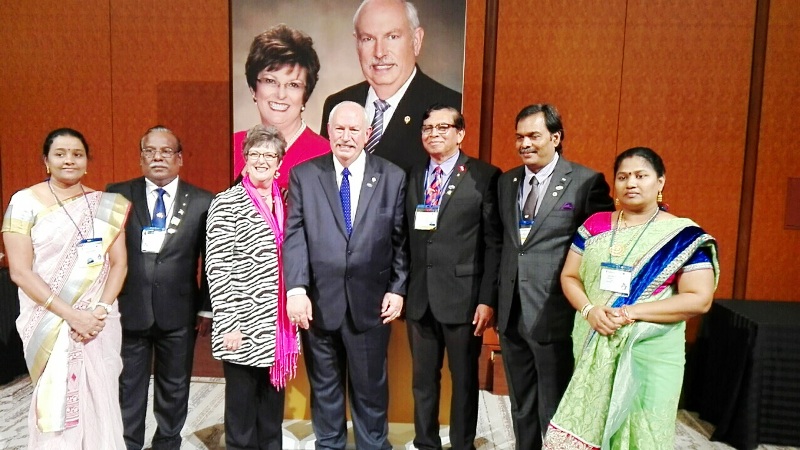 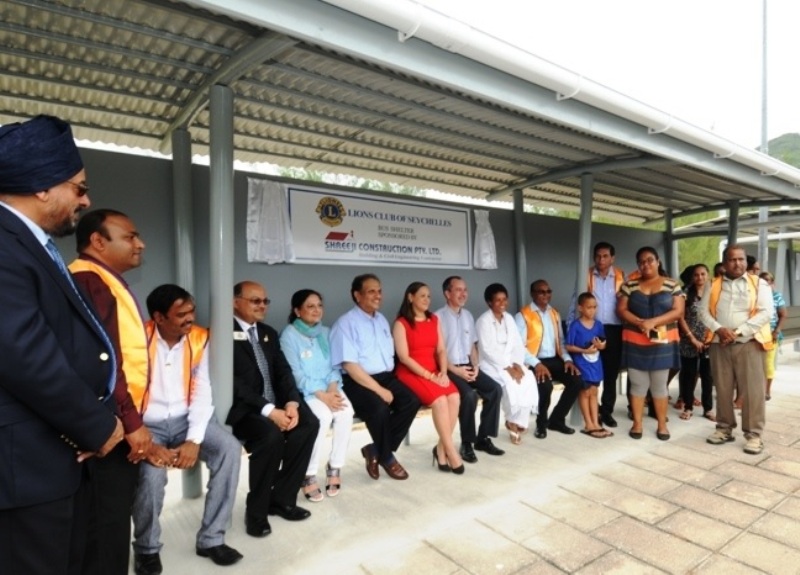 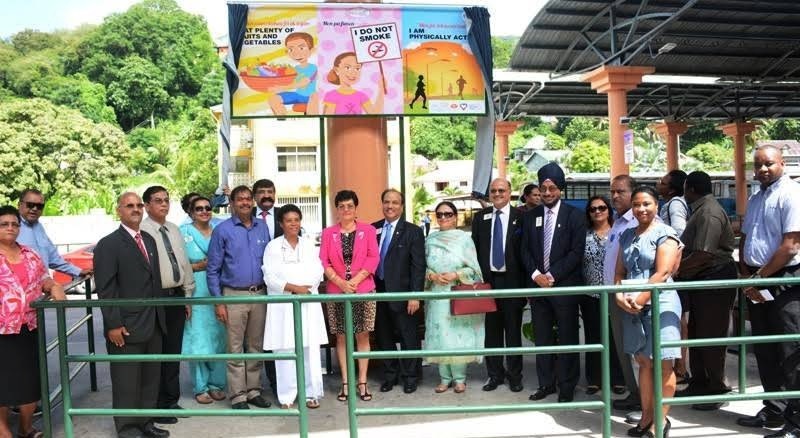 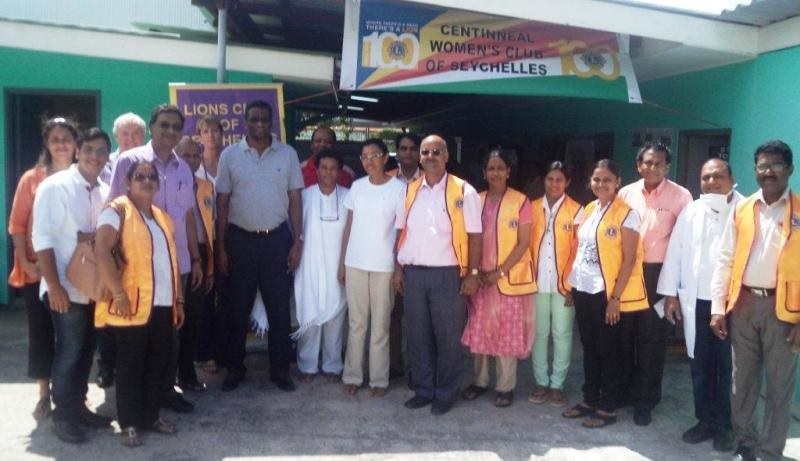 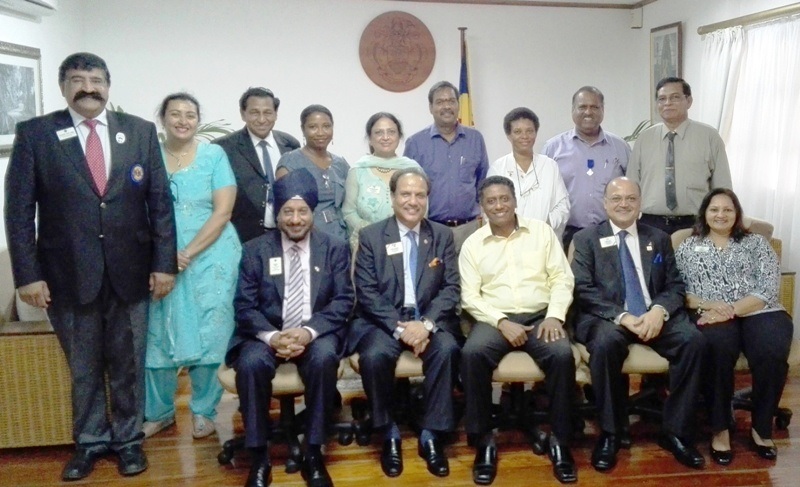 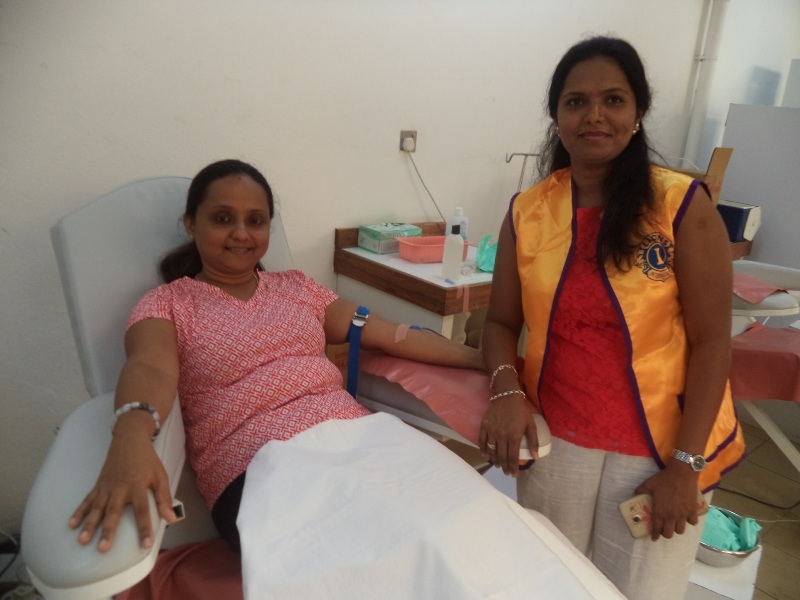 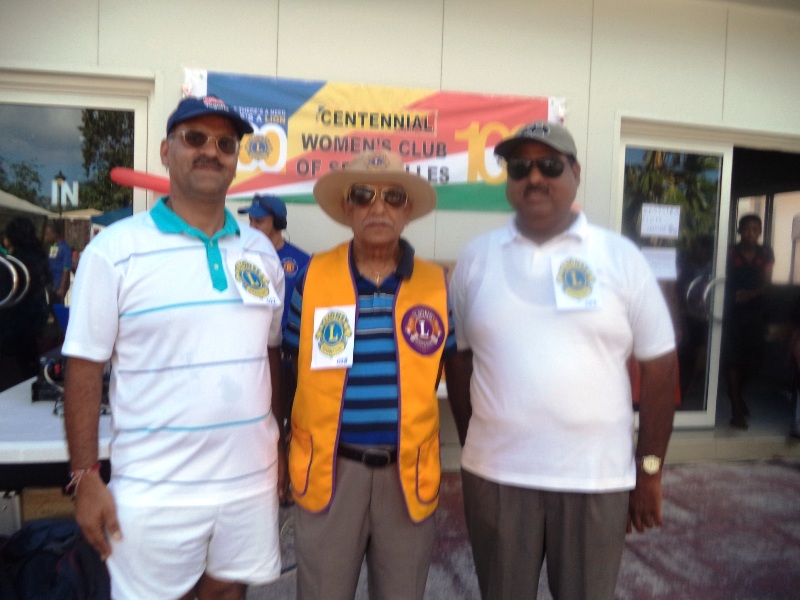 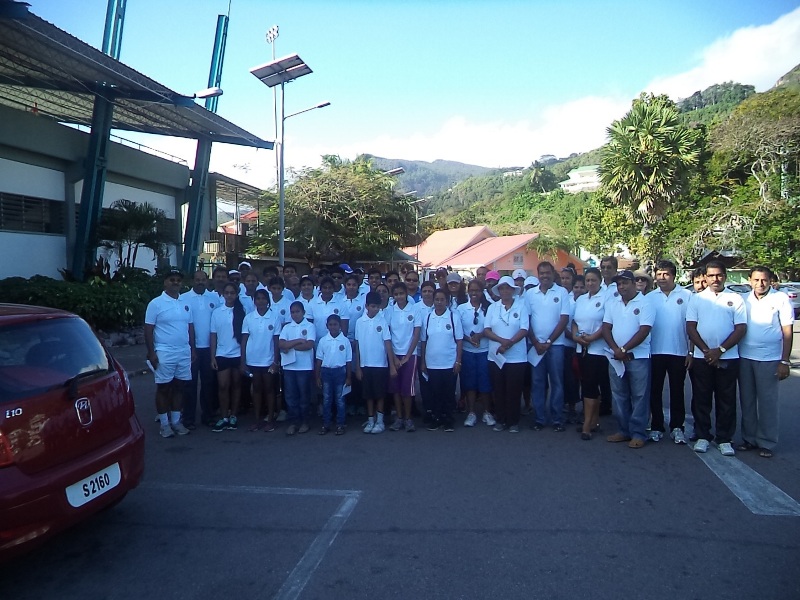 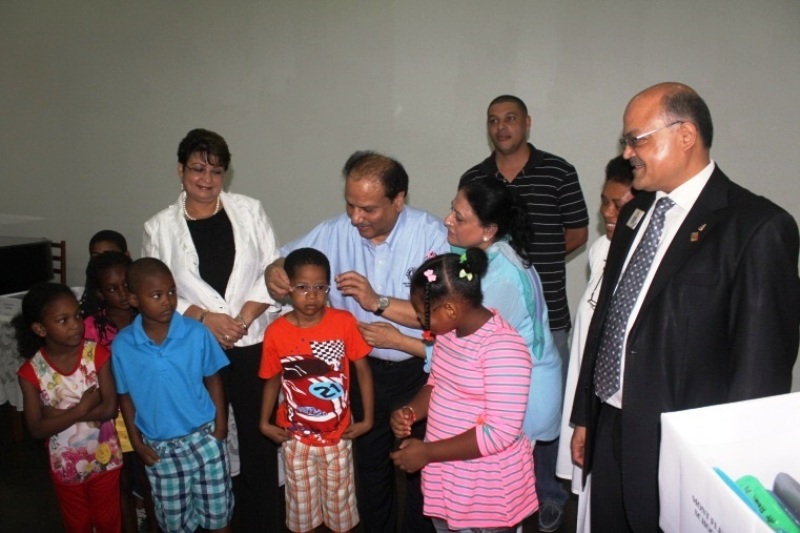