Richard talks about his dad 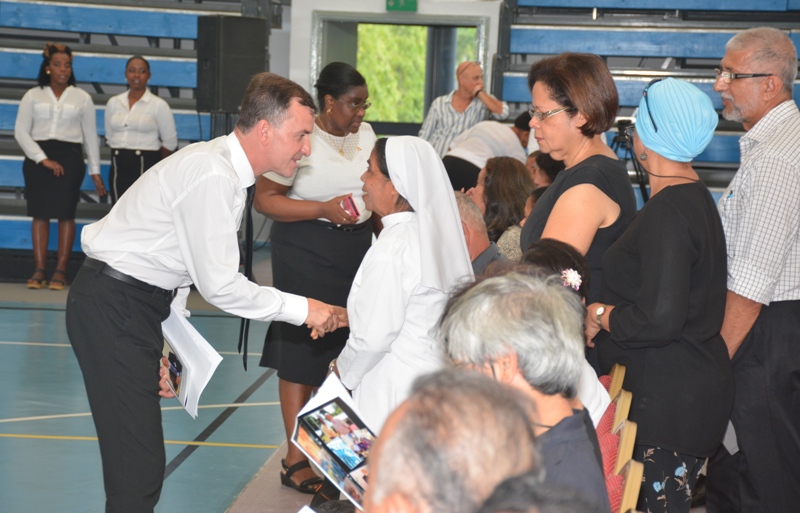 Richard Mancham, the elder son of Sir James Richard Marie Mancham who passed away last Sunday and buried at the State House cemetery on Thursday, said his dad was always working – working for the good of Seychelles.

Richard was giving a short interview to the press at Palais des Sports during the wake of his late father where he was receiving words of sympathy from close friends and members of the public.

Richard had been living in the United Kingdom. His father also lived there until 1992 when he returned to Seychelles. He and Caroline Cooper, born Mancham, are the two children of Heather Jean Evans his father married in 1963 and the marriage was dissolved in 1974. His other brother is Alexander Mancham from the marriage of his father to Catherine Olsen in 1985.

He said his dad returned to the UK where they stayed for 15 years but as he had already started his life there he came to Seychelles later.

He said when the coup d’Etat occurred he wished he was with his father.

“Today I am really in shock. I have lost a best friend, a father. I have shared my father with the rest of the country. And I know he is loved,” said Richard.

“Such people like Martin Luther King, Nelson Mandela and now I can include dad on the list, are leaders who are different from others. There are decisions you have to make, you have to make for the best of the country. This is why he had to give up the Democratic Party. Give it up and concentrate for Seychelles First,” said Richard.