Two centres to enhance maritime security have been commissioned. 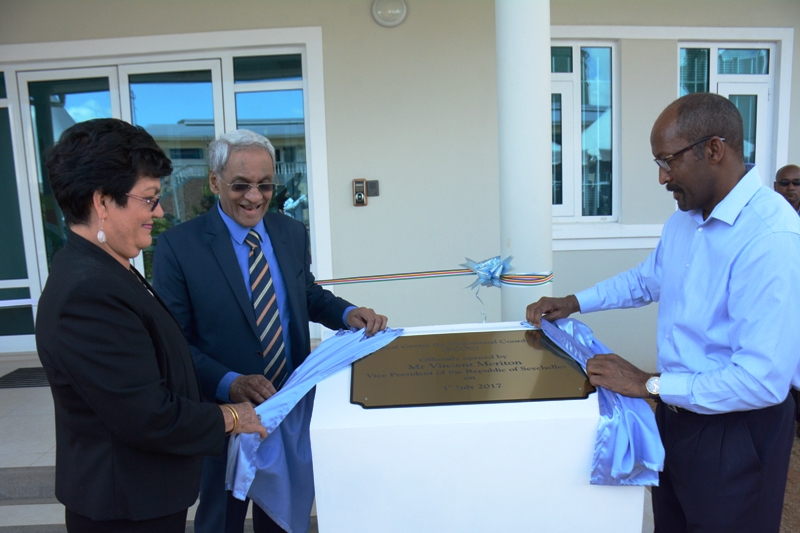 The NISCC, being a national entity, will have its mission to co-coordinate and manage the ever increasing level of activities within the maritime sector, such as to provide sufficient maritime security necessary for sustainable development of the Blue economy sector, while operating the Joint Rescue Coordination Centre (JRCC), coordinating oil spills and responses to coastal maritime crime, as well as operating the Coastal Radio Station.

The NISCC will act as a first point of contact and as the centre of maritime security operations for key national stakeholders.

The RCOC follows an urgent call made in Djibouti on May 15, 2016 by the Community of the Eastern Southern Africa and Indian Ocean (ESA-IO) for Seychelles to host a regional centre for operational coordination alongside the Regional Maritime Information Infusion Centre (RMIFC) in Madagascar.

As agreed by the IOC Council of Ministers, the RCOC will operate under the Regional Programme to Promote Maritime Security (MASE) (37.5 million Euros) and will be responsible to organise operational response at sea jointly with the Regional States of the ESA-IO with the goal of preventing actions or situations affecting maritime security in the ESA-IO region in line with the provisions of the international law. 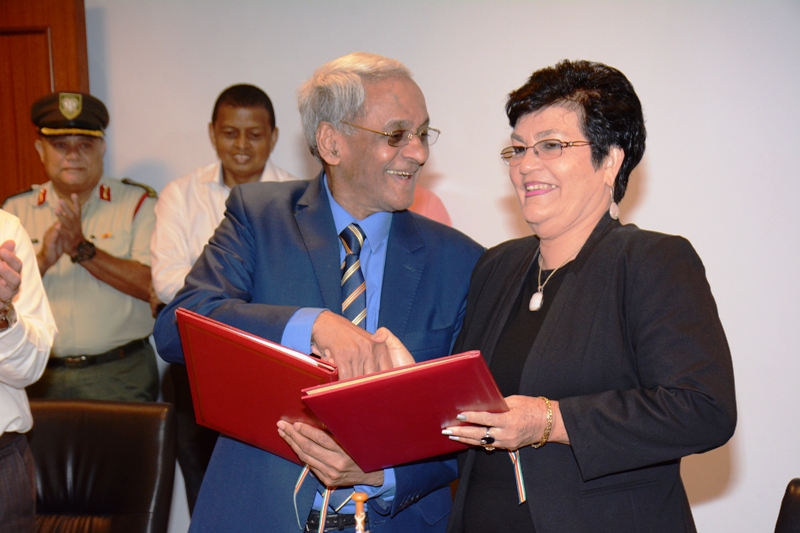 The setting up of both establishments is a commitment made by President Danny Faure to tackle all forms of illicit activities at sea within the region, namely drugs as well as anti-piracy efforts, noting that instability in Somalia still persists.

Minister Larue said the opening of the two centres is an historic moment for Seychelles and a milestone to improve maritime security responses.

“These two centres will enable Seychelles to be better prepared and to remain engaged as we step up our maritime domain awareness within our waters and the Seychelles Exclusive Economic Zone, and far into the region and beyond. In May this year, the Cabinet of Ministers approved the setting up of the NISCC, a project conceived two years ago by dedicated men, women and officers, all patriotic Seychellois,” she said.

She added that the NISCC will be the right arm of the RCOC, and will be the prime point of contact for regional and international organisations when responding to, or support of, security or defense related missions in Seychelles’ jurisdiction and beyond.

“It will as well serve and coordinate with all key national stakeholders such as the police, coastguards, SCAA, ports authority, NDEA, DRDM and SFA, where each agency will be represented at this centre, and when those agencies have to respond that their responses are more efficient and timely,” she added.

She also took time to thank SCAA which has been a core member of the committee to set up the NISCC.

The director of REFLECS 3 Joseph Bibi also pointed out that both centres are key structures to protect maritime security.

“Today we welcome the arrival of not one but two centres, which will be positioned and operating from the REFLECS 3. The NISCC and the RCOC are both integral to maritime domain awareness and will certainly complement each other as they work to ensure the security posture both nationally and regionally is not compromised but improved,” he said.

During the ceremony there was a signing of the RCOC host agreement by Minister Larue and Minister Luchmeenairadoo.

At the end of the ceremony all the invitees were guided on a tour of both centres.