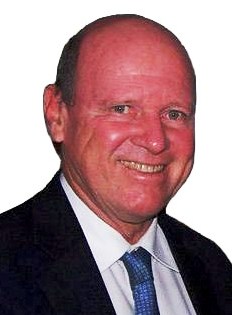 Mr St Ange said he is suing the government for the humiliation he has suffered.

The case was heard for the first time on Wednesday this week in the Supreme Court by Master Ellen Carolus.

Since Mr Chinnasamy requested two weeks to file the republic’s defence, the case will be heard again on November 8, 2017 when the state will present its defence as to why Mr St Ange was removed as the Seychelles candidate when he was already in Madrid, Spain ready for the UNWTO secretary general vote.

It was Vice-President Vincent Meriton who on Tuesday May 9, 2017 personally informed Mr St Ange of the government’s decision to withdraw his candidacy for the post of UNWTO secretary general before publicly making the announcement.

He said that there was been a lack of communication among concerned parties, procedures had not been followed and the candidate not properly advised before submitting his candidature to take part in the race for the UNWTO secretary general position.

VP Meriton also noted that the Seychelles government was threatened with a series of political, economic and other sanctions by the African Union (AU) if it did not withdraw Mr St Ange’s candidature from the race only a few days before the election took place in Madrid, Spain on Friday May 12, 2017.

The vice-president said, at the time, it was a regrettable turn of events but a lot of lessons had been learned by government for the future.

The African Union pressured the Seychelles government to withdraw its candidate, Mr St Ange, from the race through a note verbale sent to the government saying it is backing Zimbabwean candidate, Dr Walter Mzembi.

According to newspaper reports, Seychelles had been running a parallel campaign for its candidate in contravention of African Union statutes on international postings, earning itself the tag of a spoiler whose attitude was to split the African vote.

The African Union also noted that there are sanctions that can be applied to countries who fail to follow procedures in such circumstances. The sanctions are economic, political, communication and transport links and others.

In relation to political sanctions, Seychelles would not have been able to submit any candidate for any position on any international body or support /second any Seychellois in any such position for a five-year period. In terms of economic sanctions, those would have affected our trade and commercial agreements as well as air links with different countries and not to forget other sanctions in areas possible under the AU constitution.

Mr St Ange stepped down as Tourism, Civil Aviation, Ports and Marine Minister in December 2016 to run for the post of UNWTO secretary general.