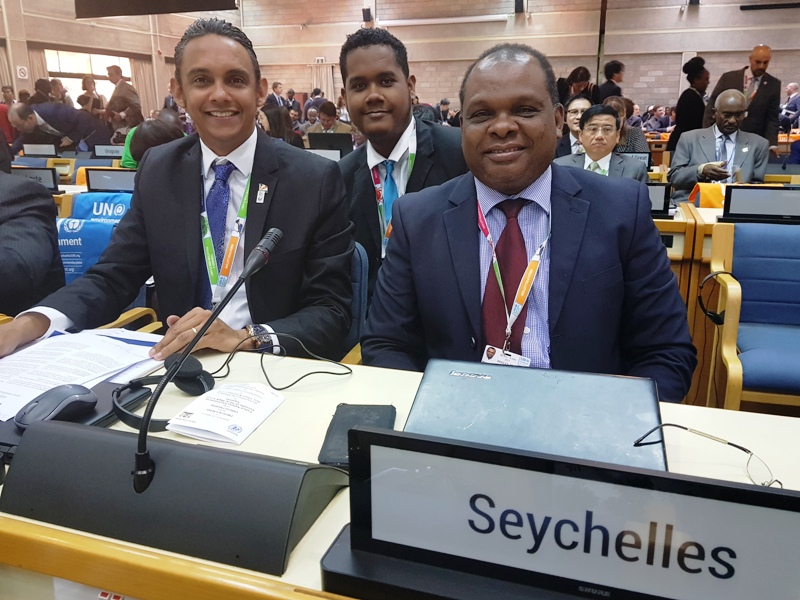 The delegation was led by the Minister for Environment, Energy and Climate Change Didier Dogley, who was accompanied by Alain de Commarmond, principal secretary for environment and Julio Moustache, assistant project officer from the environment department.

The UNEA is the largest decision-making body in the environment sector and the first assembly was held in 2014.

The UNEA’s focus this year was on combatting pollution. The main focus of this year’s assembly was to confront pollution in its various forms.

The assembly delivered on a number of tangible commitments to end the pollution of our air, land, waterways, and oceans, and to safely manage our chemicals and waste. These included a political declaration on pollution, linked to the Sustainable Development Goals, to signal that humanity can work together to eliminate the threat of pollution and the destruction of our planet, resolutions and decisions adopted by member States to address specific dimensions of pollution, voluntary commitments by governments, private sector entities and civil society organisations to clean up the planet.

Overall the assembly made a  #BeatPollution Pledge, a collection of individual commitments to clean up the planet.

In addition, Seychelles participated actively in the various events of the assembly including side events and high level events particularly discussing about subjects such as activities, post-Ocean Conference activities, 2017 International Year of the Coral reefs 2018, marine debris, plastics and microplastics.

PS de Commarmond also signed a Declaration of Intent organised by the governments of France, Sweden, Italy and Norway in partnership with UN Environment by committing to combat marine litter and promoting the elimination of single-use plastic bags. 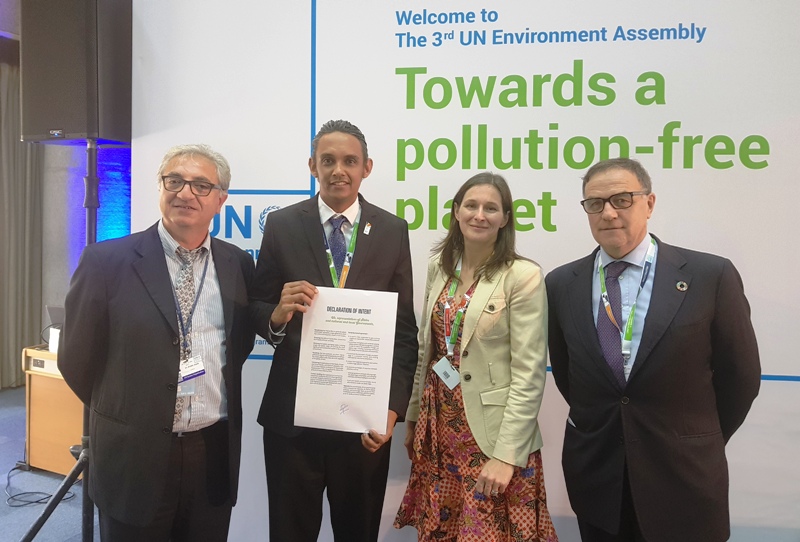 Seychelles also participated in a meeting organised by the executive director of United Nations Environment, Eric Solheim, with small island developing states, at the meeting Seychelles expressed the willingness to host the 2019 Environment Day activities. Seychelles also sought assistance from UNEP in the areas of renewable energy and solid waste management.

Seychelles also held several bilateral meetings with the government of Kenya, Zambia and Ethiopia including discussing upcoming programmes and project possibilities with the executive secretary of the Basel, Rotterdam and Stockholm Convention Dr Rolph Payet and the Nairobi Convention’s secretariat.