‘Oversight role of parliament critical to a vibrant democracy’ 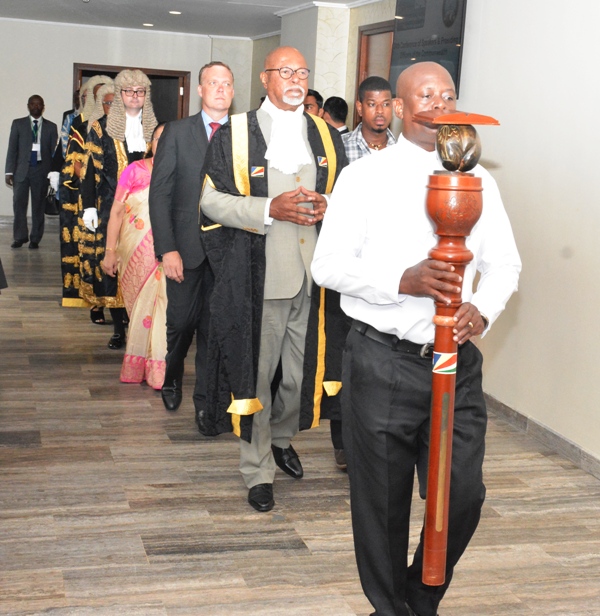 President Danny Faure has stressed that the oversight role of parliament is critical to a vibrant democracy.

He also noted that accountability is a duty that a government has to its people, and it is essential that business of the Legislature is conducted to safeguard the security, prosperity, welfare and dignity of our citizens because “when we focus on the interests of our people, that is when a society succeeds”.

He also stressed that this is a duty that is shared by all members of parliaments and noted that the responsibility of speakers and presiding officers should be seen in this context. 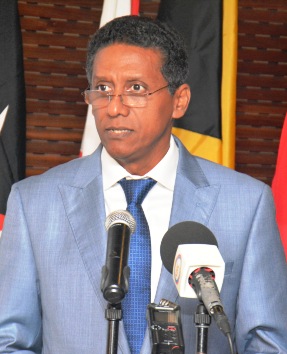 opening of the 24th Conference of Speakers & Presiding Officers of the Commonwealth (CSPOC) Seychelles is hosting this week at the Savoy Resort at Beau Vallon.

“As a small island state, Seychelles is proud to host this conference for the first time,” President Faure stated.

The official opening ceremony started with a speakers and presiding officers’ procession led by Speaker Patrick Pillay of the Seychelles National Assembly.

President Faure pointed out that as the conference is bringing together speakers and presiding officers of 22 bicameral parliaments and 30 unicameral parliaments – a total of 74 members from 52 nations – this highlights both the diversity and the fundamental unity of the Commonwealth.

“We are all committed to the values inscribed in the Commonwealth Charter – democracy, human rights, and the rule of law. We are all dedicated to the development of free and democratic societies, and the promotion of peace and prosperity to improve the lives of our people,” President Faure stressed.

Among the key topics that would be at the centre of the conference discussions are:

• the role of the speaker in strengthening parliamentary diplomacy in both regional and international cooperation;

• the use of technology to support parliamentarians and business of the House;

• strengthening parliamentary research for the effective functioning of legislatures;

While the plenary topic will include the role of speakers in strengthening parliament as an institution of accountability, openness and transparency,

open and transparent and keeping the institution relevant, President Faure noted that these are all critical issues to discuss in the 21st Century.

“All arms of government – the executive, the judiciary and the legislature -- need to be mindful of these responsibilities if they are to uphold our democratic tradition,” President Faure remarked.

He told delegates that in Seychelles, we are making history in our young democracy. He talked about the cohabitation situation where the opposition is in majority in the National Assembly.

“The cohabitation is working for the greater good of our country and wellbeing of our people,” he pointed out.

“The Seychelles National Assembly as an essential branch of government has transformed into an exemplary institution in the region. There are vibrant debates and divergent views, but there is also a new working environment; one where there is dialogue and consultation. And most importantly, mutual respect,” President Faure stated.

He noted that under the leadership of Speaker Patrick Pillay, our National Assembly has seen greater transparency, openness and accountability. The sittings are broadcast live on both television and radio.

“Through modern technology, citizens are able to directly contact their respective representatives while the debates are taking place, making use of platforms such as WhatsApp and social media,” President Faure pointed out.

“Our parliaments, national assemblies and legislatures sit at the heart of each of our nation’s constitutional arrangements,” President Faure pointed out and highlighted the fact that it is through discussion that take place in parliaments that we can often see the solution to issues and problems that individually and collectively confront us.

“This gathering provides an important forum for the sharing of experiences, collaboration, and partnership across national parliaments of all independent sovereign states of the Commonwealth. The objectives are critical for the continued development of our countries, including: maintaining, fostering and encouraging impartiality on the part of speakers and presiding officers of parliaments; promoting knowledge and understanding of parliamentary

democracy and developing parliamentary institutions,” President Faure noted  while extending heartfelt appreciation to the secretariats of the Seychelles National Assembly for organising the conference and that of the Commonwealth for its continued support and for also helping with organisational matters.

Before President Faure’s address, Speaker Pillay while welcoming the delegates and guests had called on them to also avail of the opportunity to discover Seychelles and its proud people, the Seychellois Creoles, and appreciate our culture and diversity. Presenting them with a small card containing photos and a short resume about each of the 33 members of parliament, Speaker Pillay remarked: “When you go through this card you will see what I mean when I say that we Creoles look beyond colour, beyond ethnicity and we are proud of our language,” he said. 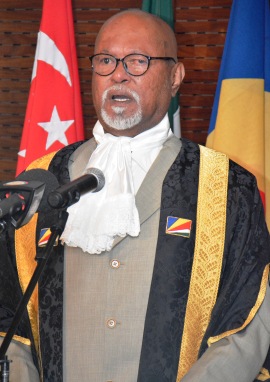 members to organise such a big conference.

“Other than providing an opportunity to exchange views and ideas, hosting so many speakers, deputy speakers and presiding officers from over 50 countries, is a great achievement for a small country with less than 100,000 people. The opportunity for exposure and visibility for our country in terms of tourism promotion and investment development potentials is great,” Speaker Pillay pointed out.

“As an Assembly, such an important conference provides us with a vast opportunity to develop and build on partnerships with other parliaments,” Speaker Pillay added.

As an example he highlighted the importance of bilateral talks he will be having today with Hon. Sumitra Mahajan, Speaker of the Lok Sabha, the Indian Parliament and with the Speaker of the House of Representatives of Australia Hon. Anthony Smith.

“India is helping us immensely in our development as a parliament and we will have the opportunity to explore other areas where support could be provided to take our small parliament to another level,” added Speaker Pillay.

He said talks with Speaker Anthony will also look at different areas where the Australian parliament can help us develop our small parliament for example in such areas like training in parliamentary reporting, IT technicians, among others.

Commenting on the transformation taking place in the Assembly which President Faure highlighted in his address, Speaker Pillay said connecting parliament to people is very crucial.

“Public participation and engagement in the political development of a country is very important and all citizens are in fact politicians whether they like it or not because politics is present day history and history is past politics so we are part of politics,” Speaker Pillay stated. 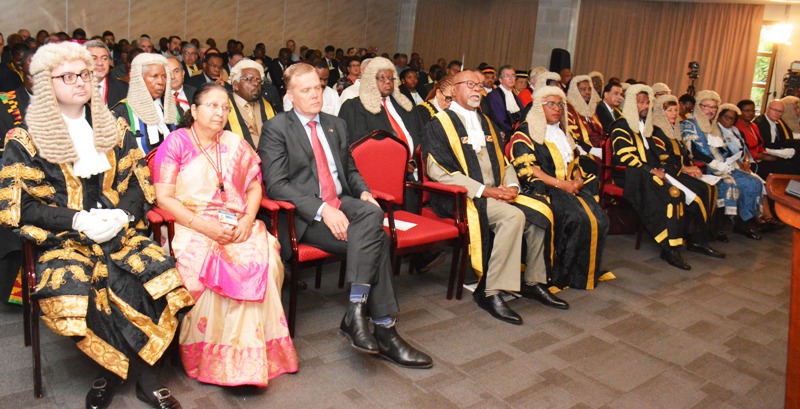 Other than the closed door discussion and plenary of the conference delegates and guests were hosted to a dinner by President Faure at State House yesterday evening, a cocktail by the British high commissioner Caron Roshler is also on the programme as well as a visit to some historic sites and to the National Assembly.

On Monday, preceding the CSPOC, the standing committee which oversees CSPOC activities met for a whole day. The 15-member committee is chaired by the Speaker of the House of the jurisdiction hosting the conference and in that case Speaker Pillay. He assumed chairmanship of the committee in January last year.

It is during the next standing committee meeting next year in Malta to prepare for the 25th CSPOC to take place in Canada in 2020 that Speaker Pillay will hand over chairmanship of the committee to the Speaker of the Canadian House of Commons Hon Geoff Regan. 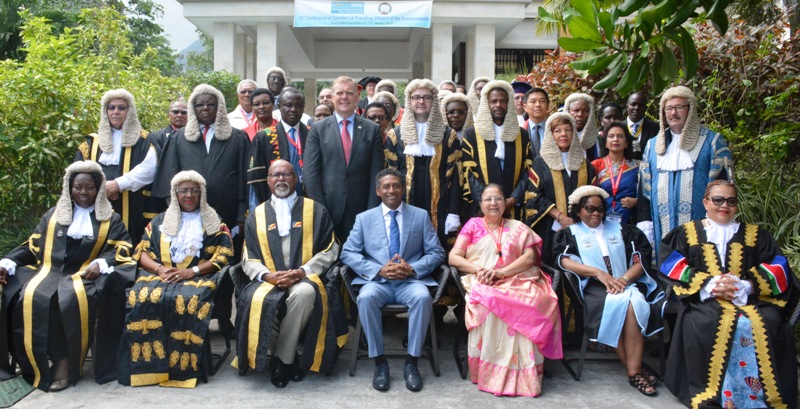