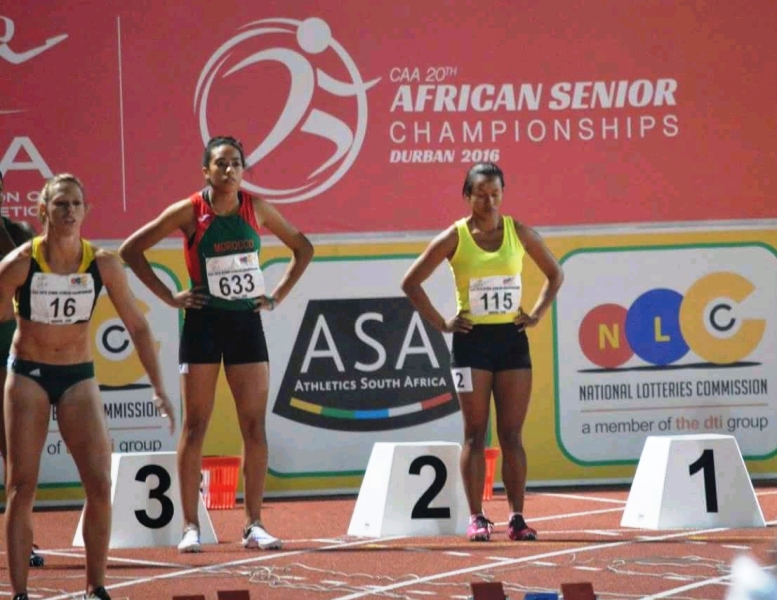 The 2018 track season got off to a good start this year as Joanne Lou-Toy improved the women’s 60m hand-timing record during the Special Events 1 competition.

Last Saturday at Stad Popiler, Lou-Toy, a member of the Fast Track club, lined up in the blocks for the 60m final and reached the finish line first in 7.2 seconds for a new Seychelles hand-timing record, pulverising her previous best of 7.3 seconds set on February 22, 2014.

Young promising sprinter Tessy Bristol of the Arsu club also shot into the limelight in the 60m dash as she equalled the youth category (under-18) record of 7.7 seconds set by Alice Khan on February 18, 2006.

In the Special Events series athletes compete in events that one would normally not see in athletics competitions. Those are shorter distances which they use to fine-tune their techniques before they line up for normal events that feature on the Seychelles Athletics Federation calendar. They also compete in field events such as long jump, hammer throw, etc…

The second and final Special Events competitions for the year have been scheduled for February 10 and February 17.

The athletes will go on track in the normal events on February 24 during the Open Season competition starting at 3pm at Stad Popiler.

The following are the results of last Saturday’s events: 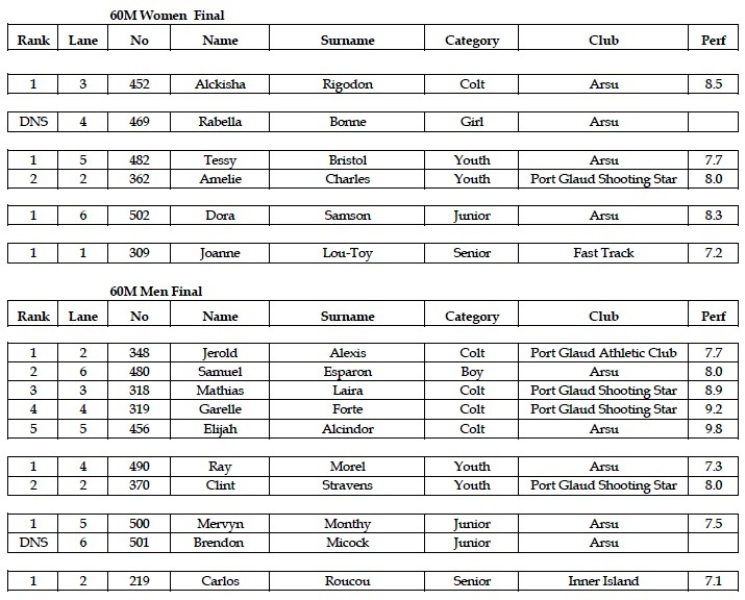 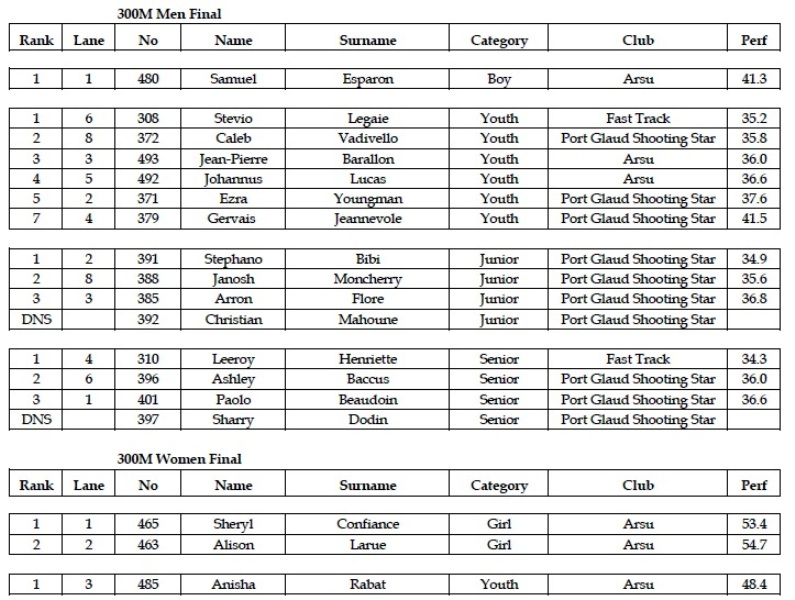 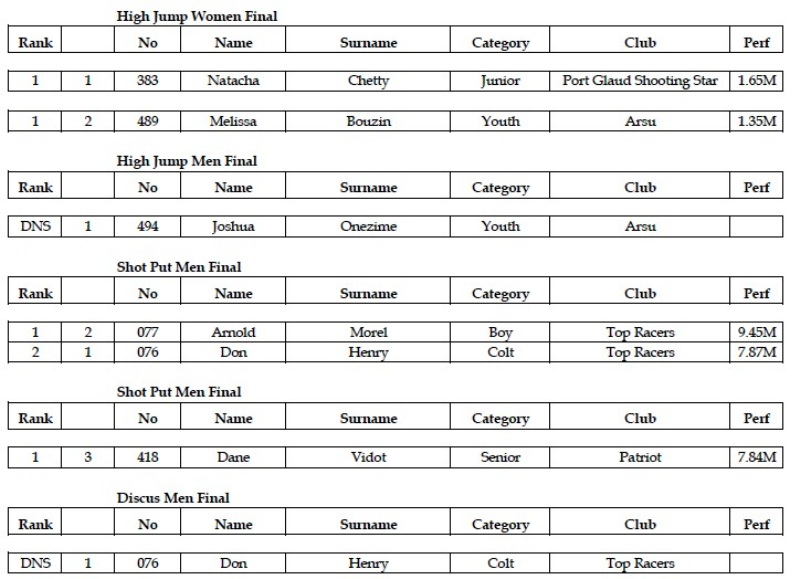 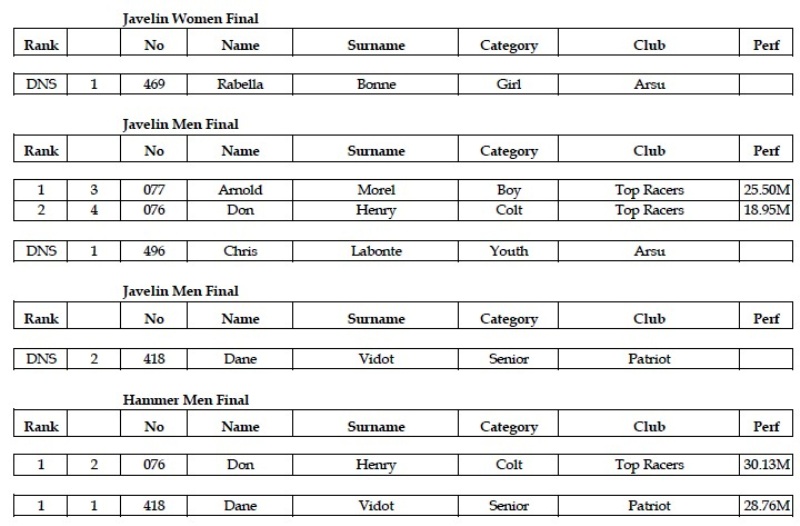