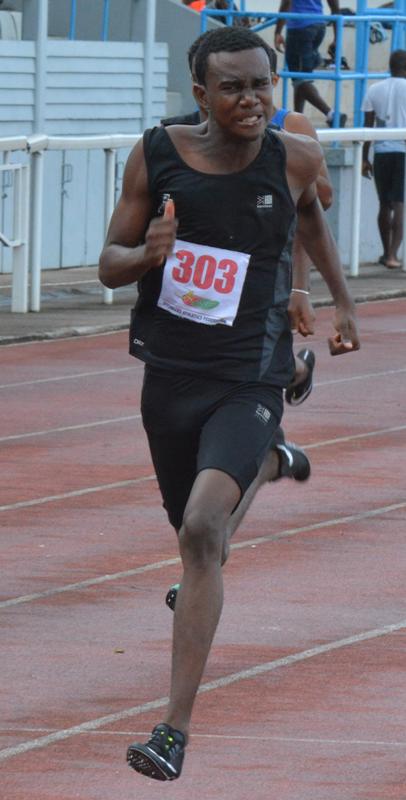 The bad weather did not deter the spirit of some of the athletes who took part in the Special Events Final competition last Saturday as Tessy Bristol, Alckisha Rigodon, Denzel Adam and Don Henry rewrote the record books.

Competing in the female youth (under 18 years old) category, Tessy Bristol of the Arsu team set a new record in the 60m race with a time of 8.14 seconds, shattering Bryna Anacoura’s 8.18 which had stood since March 4, 2000.

Bristol was pushed all the way by senior sprinter Joanne Lou-Toy who took first place in 7.59 seconds.

Alckisha Rigodon, also a member of the Arsu team, did not fail to impress as she reached the finish line of the 150m in a time of 20.94 seconds to make the female colt (under 14) record hers. The previous best of 21.08 seconds belonged to Chrystel Songwar since March 4, 2000.

Denzel Adam made his first appearance in the second 150m men’s heat where he finished with a new male youth (under 18) record with a time of 16.40 seconds to shatter Yannick Ernesta’s old time of 16.95 seconds set on February 23, 2008.

On the field, Don Henry again showed his great form and ability to become a great hammer throw specialist by shattering his own record yet again.