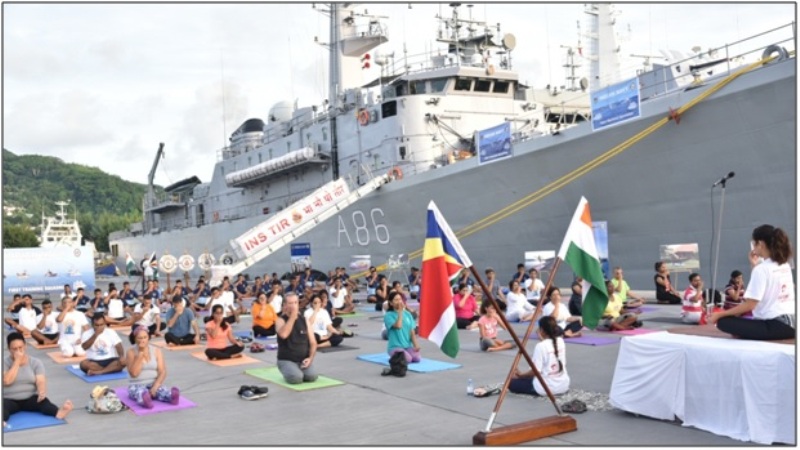 Post undertaking a brief Operational Turnaround (OTR), the warships patrolled in Seychelles’ EEZ from February 22-25, 2018. For the duration of patrol, six officials from Seychelles also embarked on these warships. Post departing Port Victoria on February 20, 2018, one each warship proceeded to the Eastern, Southern and Northern sector of Seychelles’ EEZ. The overall surveillance was aided by regular inputs from the Dornier 228 maritime reconnaissance aircraft of the Seychelles Air Force. The ships also extensively used its integral helicopter to sanitise area closer to the ship. During the deployment for EEZ surveillance, the warships traversed a distance of over 2500 nautical miles, undertook 15hrs of helicopter flying, sanitised an area over 24,000 square kilometres and interrogated/boarded many vessels. 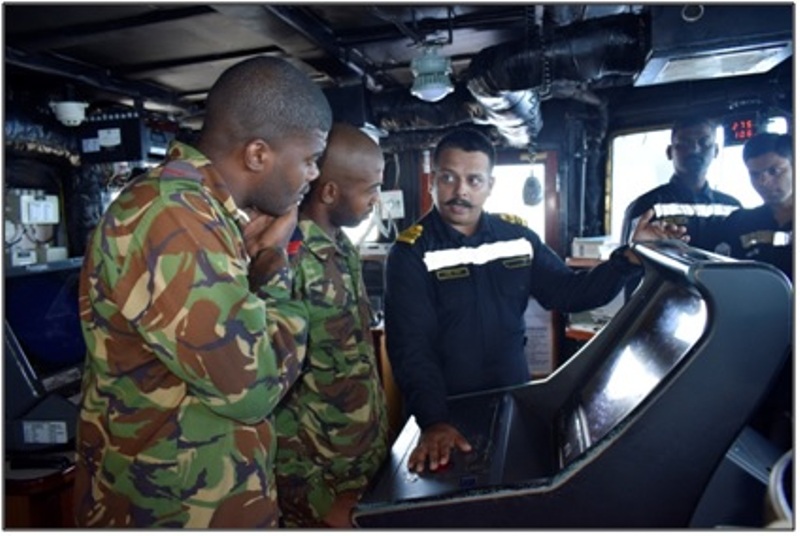 In the past, state-of-the-art P8I maritime reconnaissance aircraft and various ships of the Indian Navy have undertaken deployment towards surveillance of Seychelles’ EEZ. The latest visit of ships from First Training Squadron was part of its two-month long deployment in the Southern Indian Ocean.

During the course of EEZ patrol and also while in harbour, personnel from Indian Navy undertook various training activities towards capacity building of the SCG. These included theoretical instructions as well as hands on practical training. Instructions were imparted on damage control and fire-fighting, boarding operations, technical training on various machinery etc.

As part of the deployment, the Indian Navy Band also conducted a symphonic orchestra at the ICCS on February 26, 2018. During the performance, the 24-member internationally acclaimed Indian Navy Band enthralled the audiences by playing various pieces which also included a very famous creole song.

The accompanying photographs show highlights of the activities carried out during the ships’ latest visit. 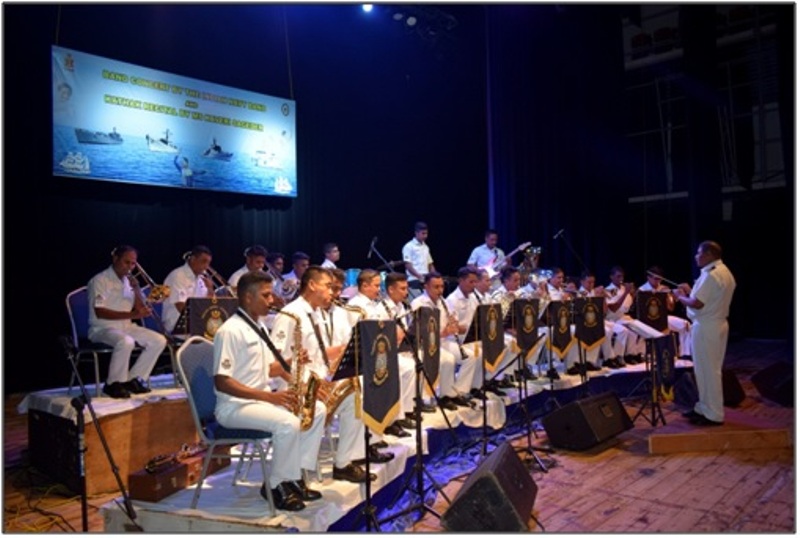 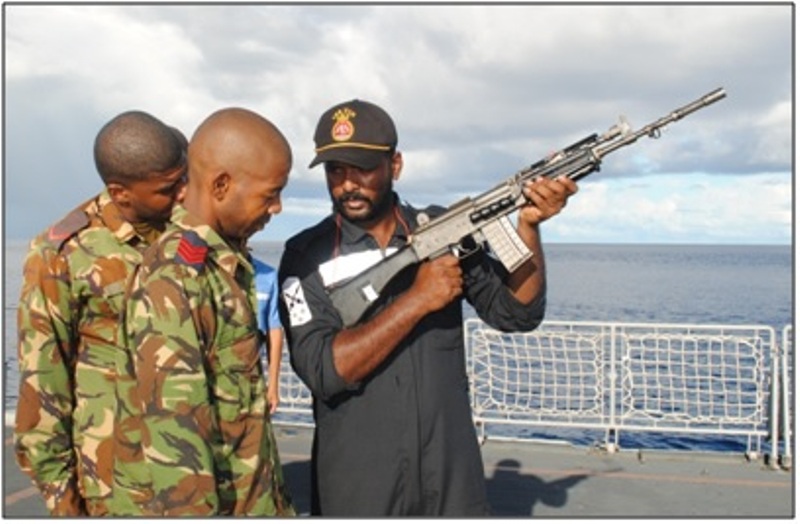 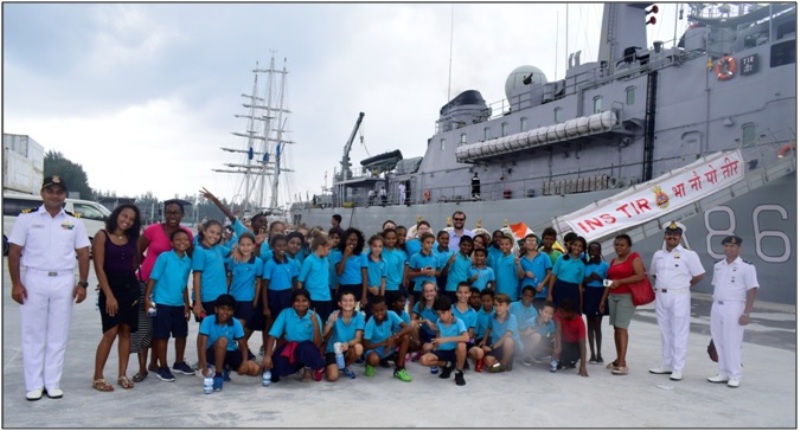 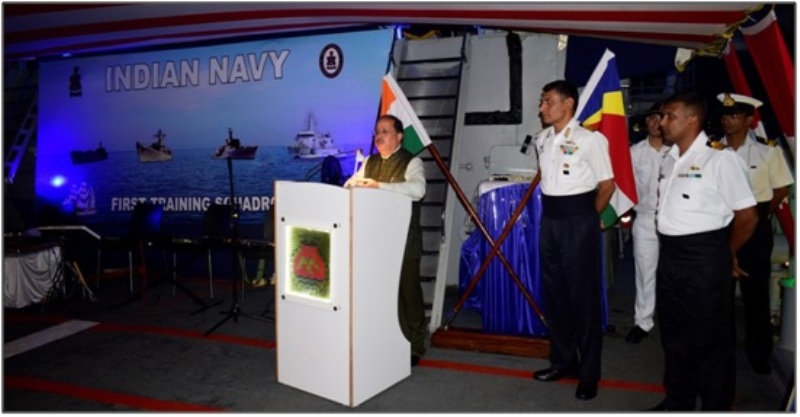 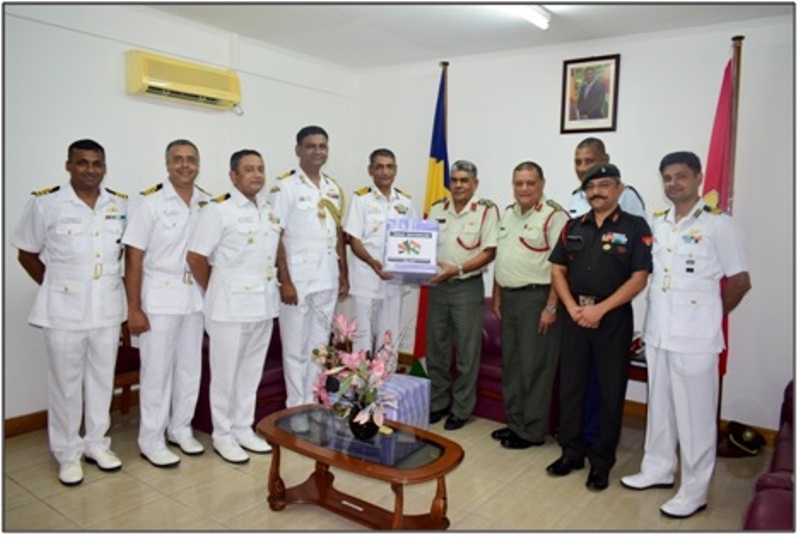 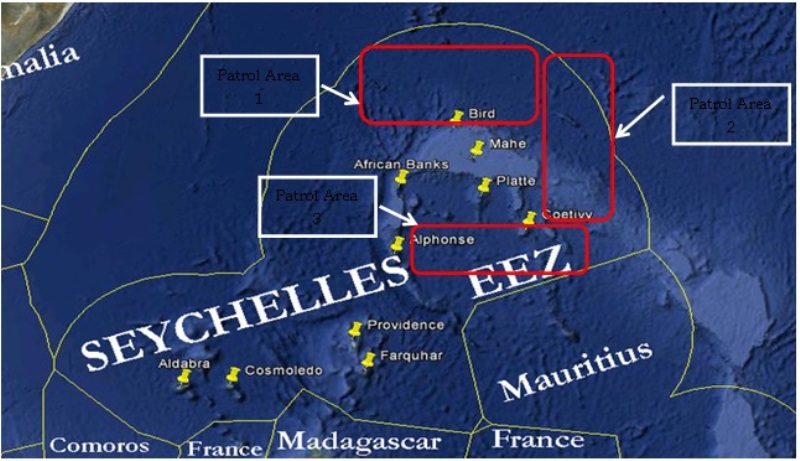 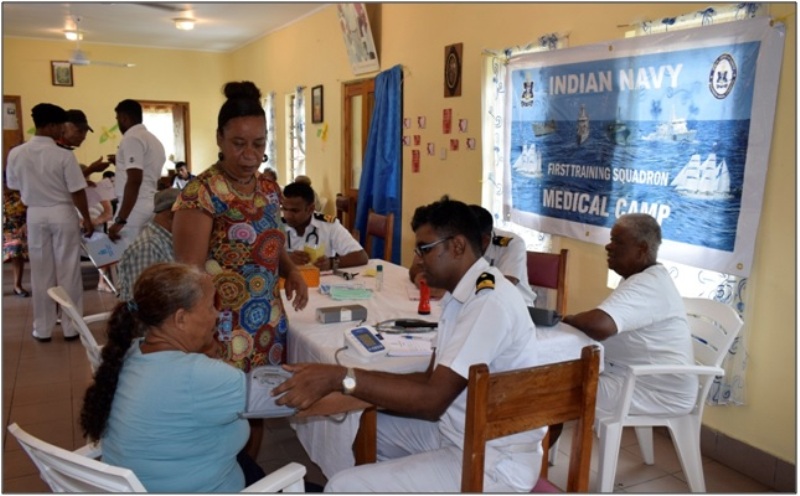 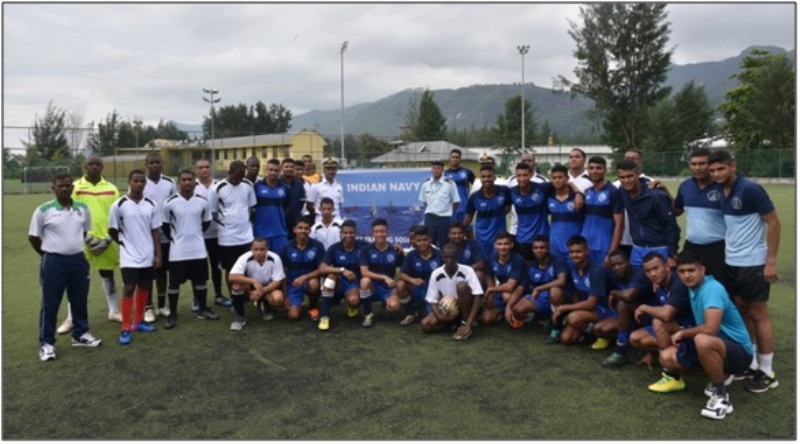