The year 2018 marks the 5th year since the Seychelles Securities Exchange – Trop-X – went live. Licensed as a securities exchange in June 2012, Trop-X was launched in August 2013 with the listing of Sacos Group Limited (under short code “SAC”) on its Main Board. At the end of the year 2017, the share price of SAC closed at SCR115 representing an increase in value of the share price of 64% (from SCR70) since the shares were first traded on Trop-X or an increase in value of 229% from SCR35 as the value of the shares before listing.

Highlights of the year 2017 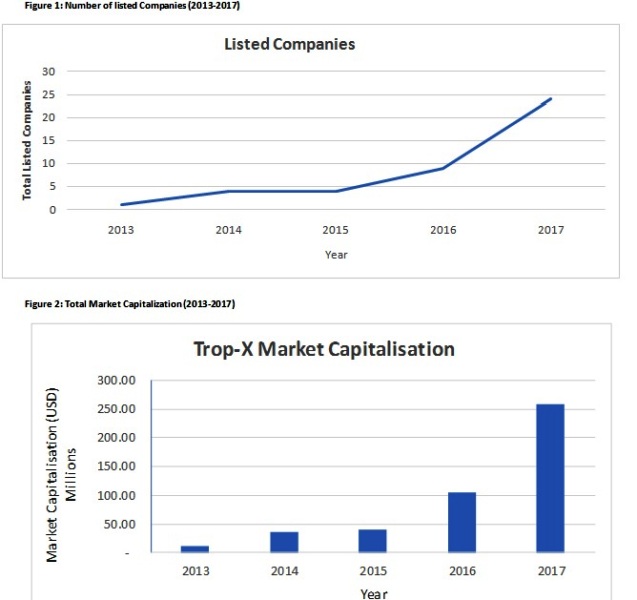 The year 2017 was also marked by substantial capital raising activities on Trop-X. Following the listing of the Wealth Migrate Multi Issuer Program on Trop-X in February 2016 which saw the listing of three Wealth Migrate companies, an additional four Wealth Migrate Companies were listed on Trop-X in 2017. Founded in 2010, Wealth Migrate is a global real estate investment marketplace which serves as a crowd funding platform providing investors with real estate investment opportunities. The four companies listed in 2017 holds investment in Medical Commercial Real Estate in United States of America and has raised a total of US $7.6million from investors worldwide.

The average yield for dividend paying companies in US Dollar terms was 3.09% . Table 1 below shows a breakdown of all dividends paid.

Following its listing in mid-2016 on Trop-X’s Main Board, 3.73 million Seychelles Breweries Limited’s (SBL) shares had been dematerialized by the end of 2017, representing 30% of the total shares issued by the company. A total of 796,826 SBL shares has – up until the end of 2017 – been traded on Trop-X representing a share turnover of 6.32% from the time of listing. 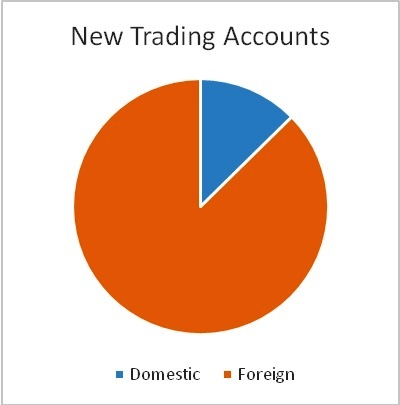 The total number of trading accounts increased by 15% last year, with the creation of 87 local and 602 foreign accounts.

Table Two shows all companies listed as at the end of 2017.

Following the recent privatization plans once again announced by the Seychelles’ Government and while closely following the developments and opportunities around digital assets, Trop-X looks ahead for another successful year in 2018.