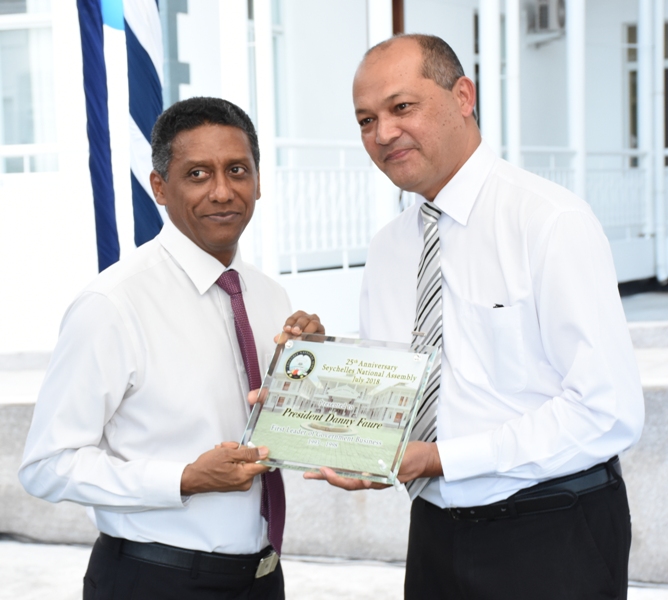 A short ceremony full of significance was held at the National Assembly, at Ile Du Port, late yesterday afternoon to commemorate the silver jubilee of the institution of the first National Assembly as provided under clause 12 of the 5th Schedule of the Constitution.

The ceremony was attended by President Danny Faure, Vice-President Vincent Meriton, Speaker of the National Assembly Nicholas Prea, president of the Court of Appeal Justice Francis MacGregor, ministers and other key representatives of the three arms of the State.

Addressing guests at the ceremony, Justice MacGregor, elected the first Speaker of the first National Assembly of the Third Republic on July 30, 1993, recalled that memorable day when the Constitution of the Third Republic established a new legislature renaming the former People’s Assembly as the National Assembly, comprising directly elected members per district and proportionally elected members as per political party percentage obtained overall nationally.

Justice MacGregor took guests down memory lane when the 1993 elections returned 33 members, of which 22 were directly elected per district and 11 through the proportional system. The composition of the House then comprised three political parties – the Seychelles People’s Progressive Front (SPPF) with 27 members, Democratic Party (DP) with five and the United Opposition (UO) with one. The UO was by this time a merger of three opposition parties, namely Parti Seselwa, The National Alliance Party and the Seychelles National Movement.

Justice MacGregor stated that from then the National Assembly moved to the National Library where the following three months were spent modifying the building to accommodate its new tenants and it was but three months later that the first sitting proper took place.

He recalled that the position of speaker was a big challenge for him. “Being a jurist, a lawyer then of nearly 20 years in practice at that time, I felt I could be objective and judicious,” he said.

“Today, when I look back at those early years which at times were nearly or not far from hell, I do not regret my decision. I have a clear conscious on this and I felt this was my contribution to nation-building, particularly at what was then a major crossroad of our political and constitutional history,” Justice MacGregor remarked.

He noted that the experience has given a boost to his confidence and consoled him when he travelled abroad to international fora. Justice MacGregor described his time as speaker as a learning process, never short of challenges.

Among his best memories as speaker, Justice MacGregor noted putting order in the House and appreciating orderly discussion even when very lively, seeing members gradually learning dialogue and tolerance with differing views and meeting other speakers locally and abroad.

Justice MacGregor availed of the occasion to thank all parliamentarians and staff of the secretariat of the different assemblies and applauded those parliamentarians who are still active and they are honourables Charles de Decommarmond, Wavel Ramkalawan, Waven William and Simon Gill.

For his part, the Speaker of the sixth National Assembly Nicholas Prea noted that 25 years is a short time but laws have been passed and amended again and again to cope with changes taking place around us. 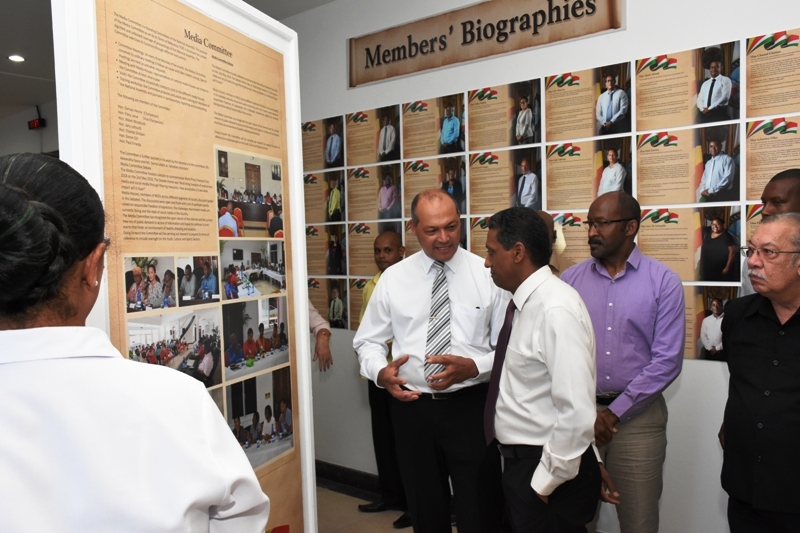 “The Constitution has been amended nine times and hundreds of questions have sought answers and results to improve the lives of our people,” he remarked.

Having also served in the third and fourth assembly, Speaker Prea said he has experienced the speakership of Justice MacGregor and that of Dr Patrick Herminie, noting that all the good and not so good sentiments were part of the journey.

Commenting on the work of the present assembly, Speaker Prea noted that “it has embraced a massive transformation, moving to full openness and transparency, involving members of the public in debates and taking on the executive as part of its oversight role”.

He went on to highlight the achievements of the sixth National Assembly in the two years and the challenges it faces.

He said in every corner of the country people are talking about the work of the National Assembly as they take greater interest in the running of their blessed country.

Expressing his pride to lead the sixth National Assembly, Speaker Prea thanked both the parliamentarians and members of the secretariat for their professionalism, noting that the assembly will continue to play a key role in bringing significant changes to modernise our democracy.

During yesterday’s ceremony, several personalities who have played a key role in the function of the assembly over the years were recognised and presented with a token of appreciation and they were President Faure who was the first leader of government business, late Sir James Mancham for being the first leader of the opposition and Maître Daniel Belle accepted the token on behalf of his family.

Guests also witnessed the unveiling of the National Assembly’s logo permanently cast and placed above the entrance of the institution.

The logo it is to be recalled was designed by Aubrey Adeline in January 2010. It illustrates the terms ‘Unity in Diversity’. 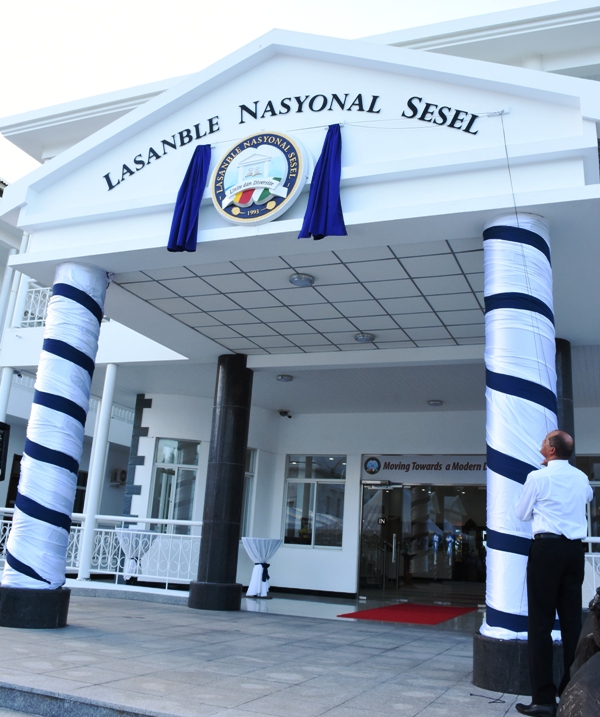 The unveiling of the logo by Speaker Prea also marked the opening of an exhibition in the entrance lobby of the assembly building. A permanent exhibition, it showcases the transformation of the assembly, its milestone achievements, the biographies of members of the sixth assembly, the different committees, speaker’s ceremonial robes and gifts received by visiting dignitaries and speakers.