Judges, lawyers, law students and graduates, representatives of the Fair Trading Commission, the Seychelles Chamber of Commerce of Industry, the 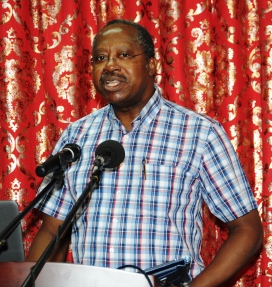 Ministry of Land Use and Habitat and other organisations now know more about arbitration.

They learned of the benefits and limitations of arbitration by taking part on Saturday at the Palais de Justice, Ile du Port, in a judicial workshop on the New York Convention led by the International Council for Commercial Arbitration (ICCA) and the Permanent Court of Arbitration (PCA).

The workshop, which made use of ICCA’s ‘Guide to the Interpretation of the 1958 New York Convention’, was organised by the Supreme Court in collaboration with the Bar Association of Seychelles.
There were presentations and discussions on topics like arbitral institutions, the arbitration agreement, investment arbitration, the role of national courts, and more.

The second half of the workshop focused on the New York Convention and featured an interactive review of case law in Seychelles.

An Honorary Bencher of Gray’s Inn in London, judge Hascher is an adjunct professor of law at University Panthéon-Sorbonne. A former visiting professor at the University of Texas School of Law, he previously served as general counsel and deputy-secretary general at the International Court of Arbitration of the International Chamber of Commerce.

Legal Counsel at the PCA and currently serving as the PCA representative in Mauritius, Fedelma C. Smith gave a detailed introduction about the international arbitration and the key differences with different methods of dispute settlement, international arbitral institutions and their development in the region, and investment arbitration (its history, bilateral investment treaties, role of the PCA in administering Uncitral rules investor-state arbitrations, and public interest issues).

A member of the Bar of England and Wales, and a former associate legal officer of the International Court of Justice, Fedema C. Smith told the media that Chief Justice Fredrick Egonda-Ntende invited the PCA to run the New York Convention road show here.

That was in May 2012 when CJ Egonda-Ntende and over 25 chief justices and senior judges from southern African countries joined around 20 Mauritian supreme court justices at the launch of ICCA's New York Convention Roadshow programme in Mauritius.

She added that the workshop here will help build on the success of the widely acclaimed inaugural ICCA New York Convention Roadshow which took place in Mauritius.
Seychelles already has arbitration under the commercial court and it helps to speed up cases, reduce the backlog of cases and get specialists to sit on the arbitration panel to make informed decisions.