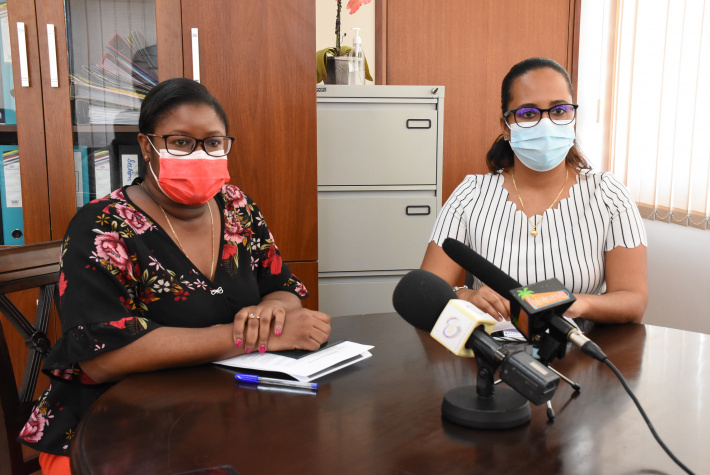 The task force comprising 81 Mauritians who arrived in the country two months ago to help at the two Constance Hotels – Ephelia and Lemuria – are due to leave the country this morning, onboard an Air Seychelles flight.

At a press conference held at the employment department yesterday afternoon, director general for Labour Migration, Belinda Cupidon, expressed on behalf of the department satisfaction at the fact that Constance Hotels honoured the agreement with the department, and have organised for the departure of the task force.

“From the employment department’s side, we are actually satisfied that the agreement and discussions we had with Constance Hotels back in May has been honoured, in terms of the task force who will be leaving for Mauritius. The work continues in terms of encouraging the hotel to continue with the recruitment drive, to source locals who can occupy the vacant posts, the vacancies that they have in the hotel,” Ms Cupidon noted.

The task force arrived in the country to assist in maintaining operations over the past two months, as the hotels grappled with Covid-19 cases, and staff shortage. According to human resource manager at Ephelia Hotel, Rachel Servina, the hotel chain has been channelling efforts into recruiting Seychellois to take up positions within their organisations.

“We would also like to point out that during the time that they were here, we have managed to recruit quite a lot. We have recruited around 86 Seychellois between March up to date and our recruitment campaign is ongoing. We are all out to recruit Seychellois. We also want to point out that there are many Seychellois on flexible hours and on a casual basis as well, so it is something that we are encouraging, for instance for parents who have children and who cannot work the night shift, they can work flexible hours or on a casual basis as well,” Ms Servina said.

“We take this opportunity to thank one more time all the parties that allowed this to happen, including the authorities, the team at the employment, Air Seychelles, as well as the team at Lemuria and Ephelia. This has supported our operations and allowed us to keep our level of service and quality that we normally offer at both properties,” Ms Servina noted.

The employment department will continue to channel efforts in pushing its strategy to promote vacancies, and roll-out the re-skilling programme, to fill the gaps and skills mismatch on the local labour market. As such, the department is calling for jobseekers to respond to their call, participate in re-skilling programmes, and not be overly selective in terms of job openings.

Ms Cupidon also noted that construction, tourism and the retails sectors are the three sectors from which there are requests for non-Seychellois employees. Between April to June around 2700 applications for Gainful occupation permits (GOPs) were launched with the department, some of whom have been advised that their requests will not be considered, and to opt for local labour. The ministry is working with the rest in considering the merit of the applications.