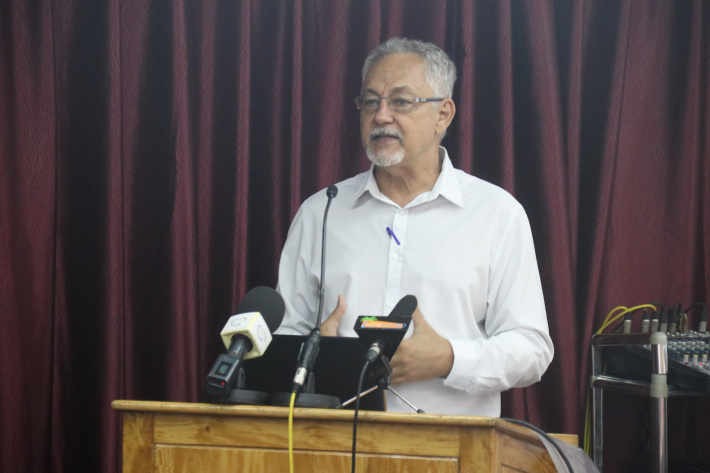 With the 21-22 sea cucumber fishing season set to open on October 1, Designated Minister Jean-François Ferrari, who also holds the portfolio for fisheries, has urged all vessels to make a special effort to meet their assigned season quota.

Minister Ferrari was addressing a group of boat owners and skippers yesterday, during a pre-season stakeholders’ session held at the International Conference Centre Seychelles (ICCS) where new propositions, including precautionary approach of quota for the coming season were brought forward.

Hosted by the Seychelles Fishing Authority (SFA), the session was also the opportunity for the stakeholders to bring forward their proposals and contribution in making the sea cucumber industry the best managed fishery in Seychelles.

Chairman of the SFA board, Radley Weber, chief executive Nichol Elizabeth, along with the authority’s professionals were present to share the new proposals and also to take onboard contributions from the stakeholders.

Previously, there were no limits on catch and the specie composition, but however, in 2017 the SFA introduced a Total Allowable Catch (TAC) for each species and as a result, fishermen are only allowed to catch three species, namely flower teat fish (pentard), white teat fish (kokosye blan) and prickly red (sanpye).

Minister Ferrari said yesterday’s session illustrates perfectly the new administration’s strategy to adopt a working method based on consultations between all parties involved in the country’s economic development.

Based on TAC calculated over the past four years (2017 to 2021), the SFA has decided, in relation to vessel performance, to remove the two least performing ones, replacing them with two new vessels, maintain the license total at 25.

It has been suggested that at least one new licensee will be from Praslin, while the two new vacant spots will be advertised in the newspaper.

As for quota redistribution, it will be carried during the mid-season, approved only after total quota has been exhausted with special conditions apply, through case by case application.

There were however concerns regarding vessels which do not perform fully, while others meet their quotas in short time, with the latter seeking the possibilities to be more involved in the work.

It was also announced during yesterday’s session that a stock assessment of the country’s sea cucumber fishery will be carried by MRAG Ltd for the SFA.

The main objectives of this study are to conduct a re-assessment of the fishery using all available fisheries-dependent data, and to provide advice to guide management decisions on the sea cucumber fishery in the future.

The survey will involve the local fishermen\divers, skippers and vessel owners who will be accompanied by the SFA research team.

There were also suggestions for possibilities to explore the Saya de Malha Bank which lies northeast of Madagascar, southeast of Seychelles, and north of Nazareth Bank, the Cargados Carajos Shoals, and the island of Mauritius, and currently falls mostly under international waters.

The closest land is tiny Agaléga (one of the Outer Islands of Mauritius), some 300km (190 miles) further west, followed by the southern Seychellois island of Coëtivy, some 400 km (250 miles) northwest.

The sea cucumber fishery is one of the fisheries which began in the early 1980s. The fishery experienced a rapid development and by 1999 there were already signs of stock depletion, including lower volumes of high value species and fishermen having to travel further and dive deeper to maintain catch rates, and concerns were raised regarding the sustainability of the fishery.

The SFA implemented some management measures in 1999 in response to local depletion of some species.

The vessels operating in the fishery is composed of eight crew members per vessel with four divers, one cook, one skipper, one boat boy and one apprentice. 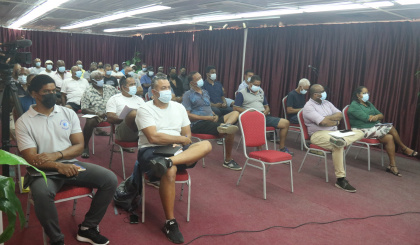