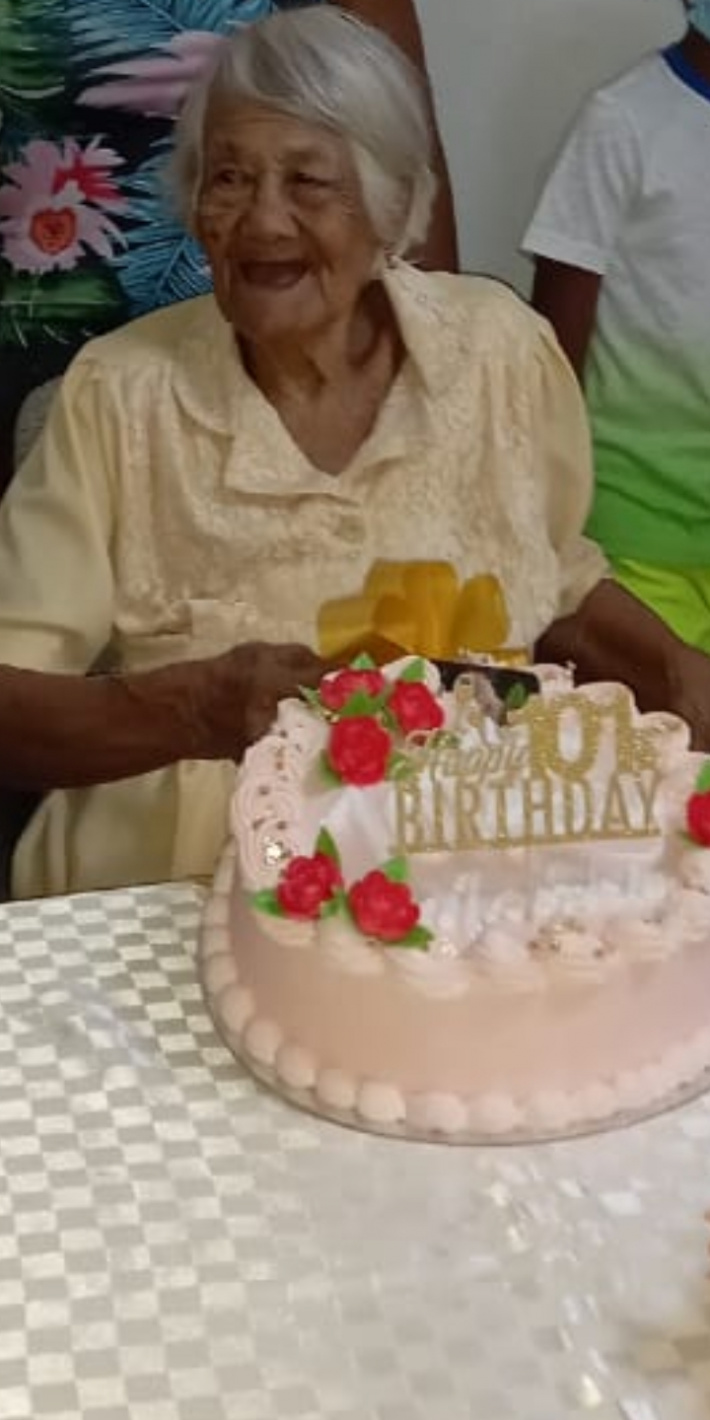 Pointe Larue resident Aline Adela (née Vidot) yesterday celebrated her 101st birthday, another blessing for the centenarian who is still strong with a sharp memory.

Born on September 14, 1920, or one year after the First World War, Mrs Adela also shares the calendar with the Holy Cross Day, which is liturgical feast celebrated on September 14 to honour the cross on which Jesus Christ was crucified.

Mrs Adela, who have given birth to eleven children – Lita, Rosy, Joseph, Micheline (deceased), Lucia, Yvette, Helene (deceased), Lucie, Georges, Daniel and Rose – celebrated her milestone birthday with close ones yesterday during a special ceremony which was highlighted by the blessing from the Cascade Parish Priest Father Herman.

On behalf of President Wavel Ramkalawan, principal secretary for Local Government and Community Affairs Kevin Perrine handed Mr Adela a hamper, while the principal secretary for Family Affairs Clive Roucou, members of the National Assembly Conrad Gabriel and Rosie Bistoquet also presented the centenarian with gifts from their respective institutions.

According to her son Joseph, Mrs Adela got married in 1940 and one year later her husband left for the British Army, before returning in 1945.

Sadly, her husband passed away in February 1963, while her younger daughter Rose was only four months old, leaving her behind to take care of the children.

Most of her life, Mrs Adela worked in the cinnamon industry, while she reared her own pigs at home which she sold for additional income.

Still according to Joseph, the hard working regime and the local diet of tubers (gro manze) is the main explanation he can give regarding his mother’s longevity. 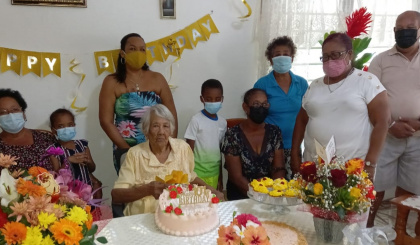