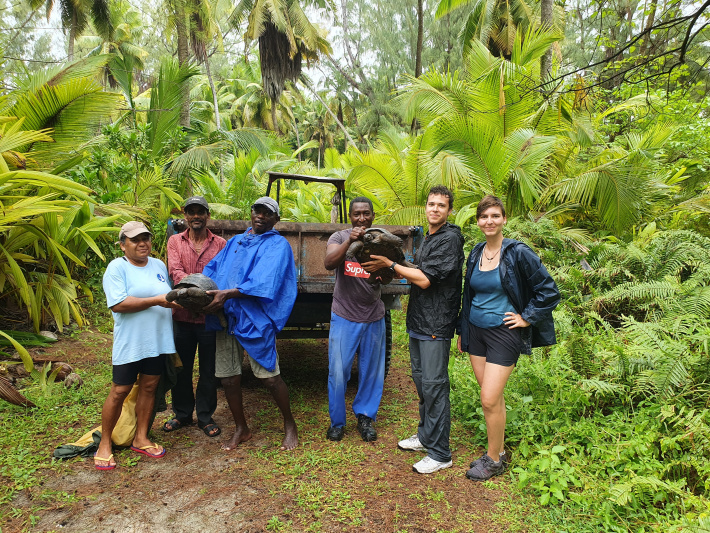 The Aldabra Giant Tortoise (Aldabrachelys gigantea) is one of the largest tortoises in the world and, as the name suggests, it is native of the Aldabra Atoll in Seychelles. Unfortunately, this species is listed as vulnerable in the IUCN Red List. For this reason, and its important ecological role such as seed dispersal, grazer and soil fertilization, it is essential to protect this species. Other population has been established overseas for example nowadays, we can find free-living populations of Aldabra Giant Tortoise on different islands of Seychelles.

In Seychelles, to ensure the long-term survival of the species, the Island Conservation Society (ICS) started a breeding programme on Desroches in 2010.

Today, the tortoise nursery hosts 11 hatchlings and 31 juveniles. The hatchlings are kept in a locked nursery to avoid predation by rats, cats, and herons, but also to prevent human theft. Once they reach 1kg, the tortoises are moved from the hatchling pen into the juvenile enclosure and they are finally released into the wild when they reach 9kg.

After taking the morphometric data of the juveniles (weight, 3rd dorsal scute, natal scute, carapace, and plastron length), the ICS Desroches team recently discovered that several juveniles were ready to be released. With the help of IDC (Islands Development Company) workers, 27 Giant Tortoises were transported with a tractor into the wildest part of the island, the Eastside, where the food such as the Indian Mulberry (Morinda citrifolia) or as in Creole – Bwatorti and Beach Gardenia (Guettarda speciosa) also known in Creole, Bwakasan Bordmer – are in abundance. Those individuals are now happily roaming free in the forest!

Nowadays, the population on the island comprises about 160 individuals and, if the forest habitat is enhanced, Desroches could host more than 1,000 tortoises!

The accompanying photos show the tortoises being released in the wild. 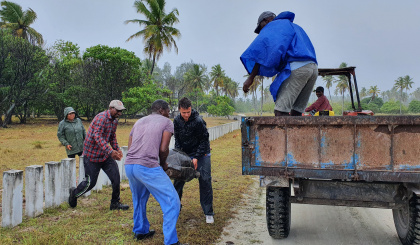 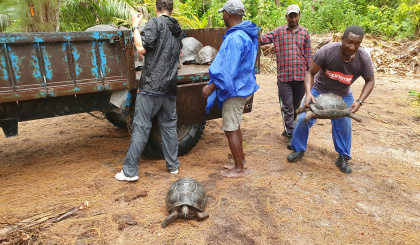 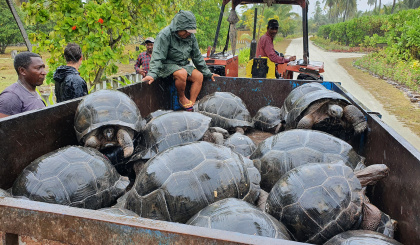