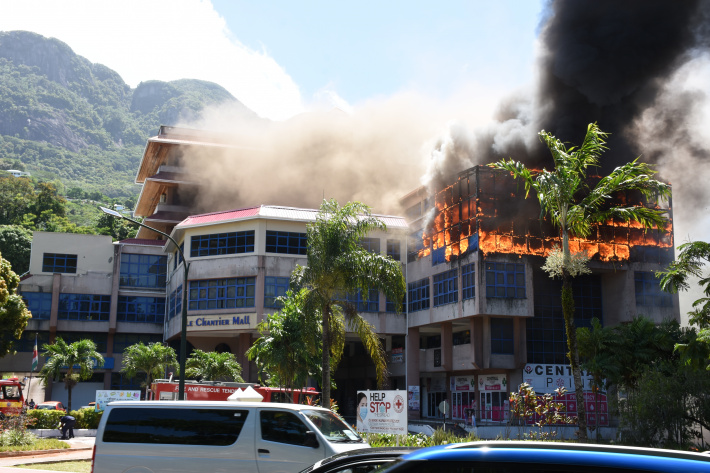 The upper floors of Le Chantier Mall were completely destroyed by a fire which broke out early afternoon yesterday.

The fire was seemingly concentrated at and greatly impacted the extension part of the building which was in the works to become a new nightclub.

Videos and photos from the public that were taken at the very start of the fire show intense and huge flames, heavy plumes of smoke as well as some occasional crackling sounds, particularly at the front of the building’s extension.

To protect onlookers and passing vehicles, the police cordoned off Francis Rachel Street as the Seychelles Fire and Rescue Services Agency battled the blaze at Le Chantier Mall.

According to the police, three persons were rushed to the hospital after the unfortunate event. Late evening two ladies (Seychellois) were released after observation while a man of Indian origin is in the intensive care unit (ICU) and his condition has been described as critical.

All tenants were able to flee their offices on time and according to witnesses, the fire spread rapidly and they were shocked and panicked.

The SFRSA used three fire engines and one bowser to contain the fire.

An investigation has opened to know the cause of the blaze.

At the time of going to press, the SFRSA was not yet ready to give details about the fire. 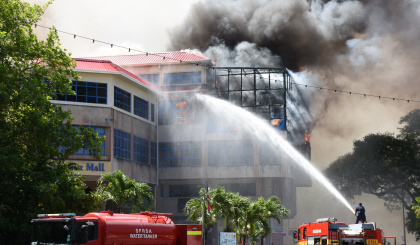