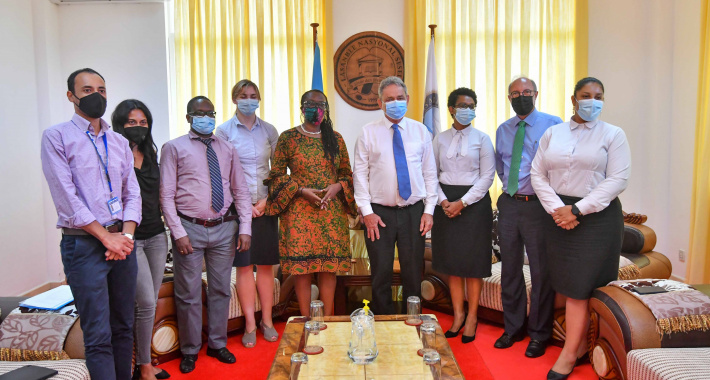 The UNDP and Assembly delegations in a souvenir photograph

During their discussions, Ms Serumaga apprised Speaker Mancienne of the purpose of her working visit to Seychelles and provided an update on the ongoing projects funded by the United Nations Development Programme (UNDP) in Seychelles.

Both dignitaries spoke about the potential to further strengthen the collaborative partnership between UNDP and the National Assembly of Seychelles, especially in relation to the sustainable development goals (SDGs) and advancement of parliamentary democracy.

Ms Serumaga was accompanied by a delegation of UNDP officials who were also on a working visit to Seychelles.

Further discussions were focused on the development of the parliament and national reforms currently being undertaken.

Ms Serumaga and her delegation ended their meeting with a brief tour of the parliamentary museum and the chamber of the Assembly. 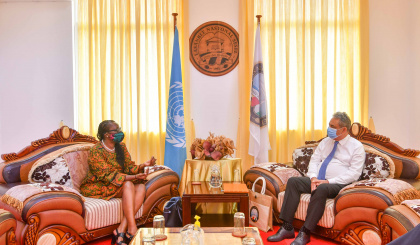