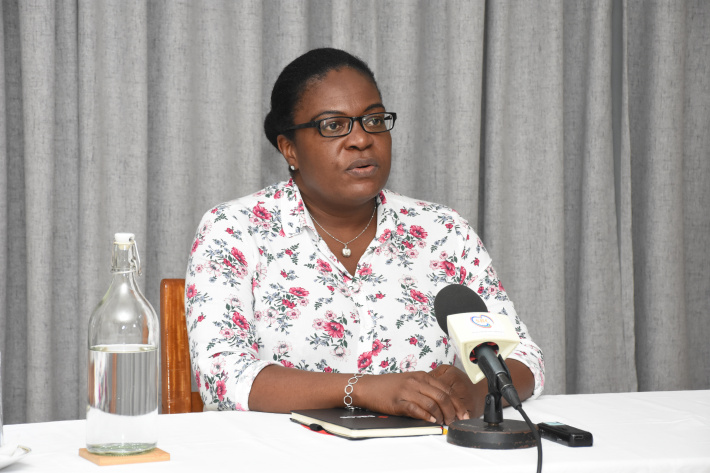 Bernadette Soffola, the SPTC’s general manager for operations, said yesterday the decision is temporary and its aim is to ensure continuity of service in view of the continuing increase in Covid-19 cases in the country.

“The Saturday timetable is more or less the same as the weekday time table except that the bus trips are a little fewer on Saturdays but nevertheless we will be able to cover our week day operations. The other reason we are switching to the Saturday timetable is that we want to protect our workforce more specifically our drivers as this timetable allows for the SPTC to better organise the work schedule of its drivers ensuring that in the event that there is a bigger surge in Covid cases we would be able to continue offering an effective service,” Ms Soffola explained.

Furthermore she added that if the corporation continues to have all its drivers on the road at all times, come a surge and a large number of drivers are infected, the SPTC’s transportation service will be paralysed.

“We are testing and preparing our service to ensure it can continue to run in the event that more people are affected by the pandemic,” Ms Soffola explained.

She said with the Saturday timetable the early morning trips will remain the same but there will be some adjustments on some secondary routes like Capucin, Bodanmyen and others.

Meanwhile Ms Soffola noted that to ensure all public transport users reach their workplaces and return home after work, there will be instances where the SPTC will introduce additional services which normally are not available on Saturday to cater for demand.

Provisions will also be made for transportation of students should classes resume on January 17.

Meanwhile the SPTC is encouraging commuters travelling for other purposes other than work related, to do so during off peak hours which are after 9am as this will ensure that people going to work during early morning can secure a seat on the buses.

Ms Soffola noted that normally during the week the SPTC requires the services of around 154 drivers to run its operation everyday but with the Saturday timetable, it will require only between 105 and 115 drivers.

As per the Saturday timetable the last SPTC buses will depart outer depots in the districts at 6pm and the Victoria Bus Terminal at 6.30pm. Members of the public are being advised to familiarise themselves with the bus timings to avoid inconveniences.

Like all work places the SPTC has not been spared from Covid-19 infections and Ms Soffola said currently a significant number of support staff has been affected and the number continues to increase thus the decision to ensure service continuity at all times.

Meanwhile Ms Soffola is calling on commuters who are yet to purchase a bus card to hasten to do so as this is a means to reduce transmission of infection as it would reduce human to human contact.